THE FLATS – Georgia Tech punter Pressley Harvin III (Alcolu, S.C./Sumter) hauled in perhaps his most prestigious honor to date when he was named first-team All-America by the Associated Press on Monday. 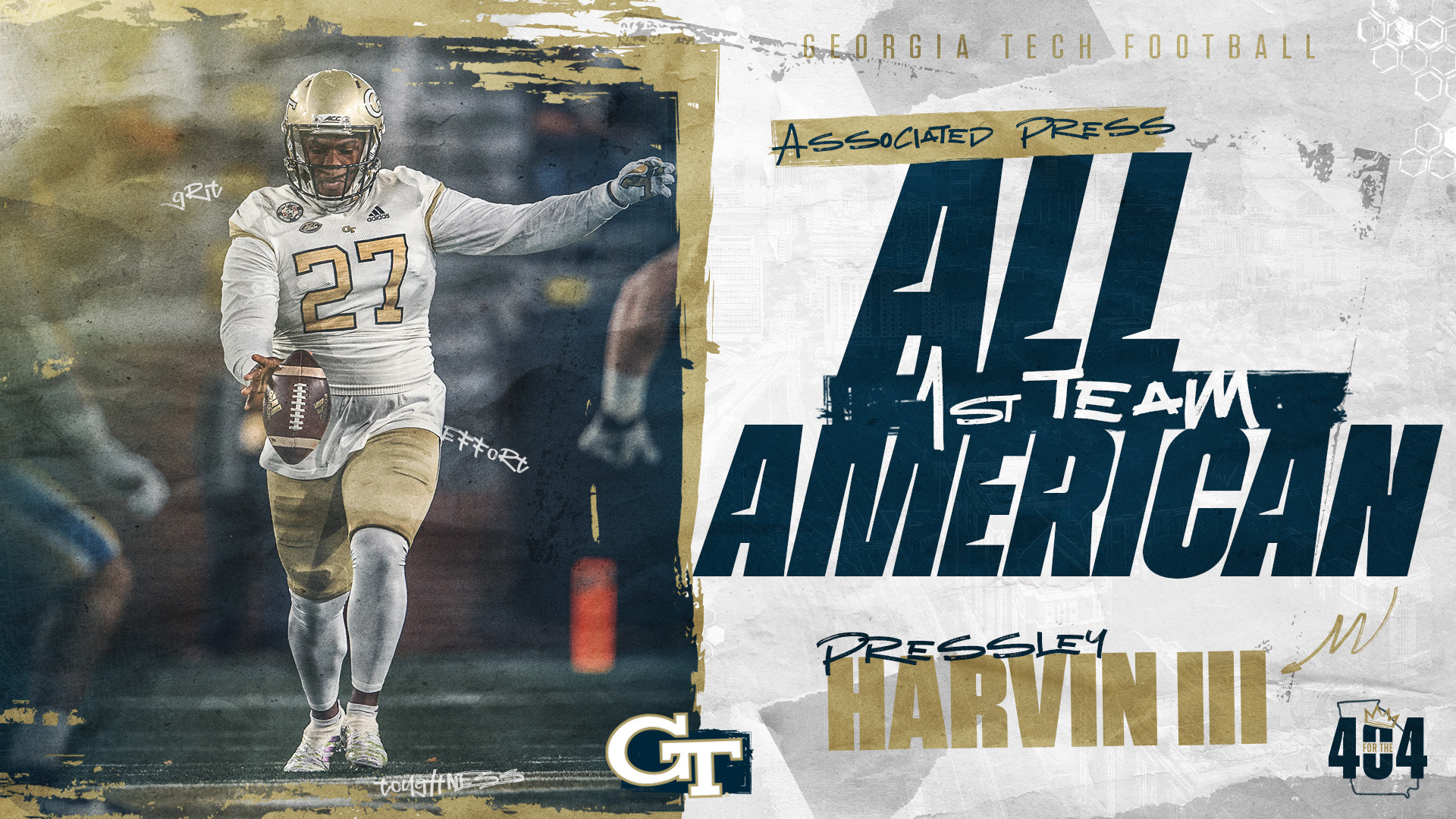 Harvin is the 20th first-team AP All-American in Georgia Tech history and the first Yellow Jacket to earn the honor since defensive end Derrick Morgan in 2009. The AP has selected an All-America team every year since 1925.

In addition to the 48.0-yard average, 49% of Harvin’s 45 punts this season traveled 50 or more yards, 47% were fair caught, 40% were downed inside the opponent’s 20 yard line and only 17% were returned. Thanks in large part to those gaudy numbers, Georgia Tech ranks second nationally as a team in net punting (44.6-yard average).

One of three finalists for the 2020 Ray Guy Award (awarded to college football’s top punter), Harvin was previously named first-team all-America by ESPN and The Athletic.