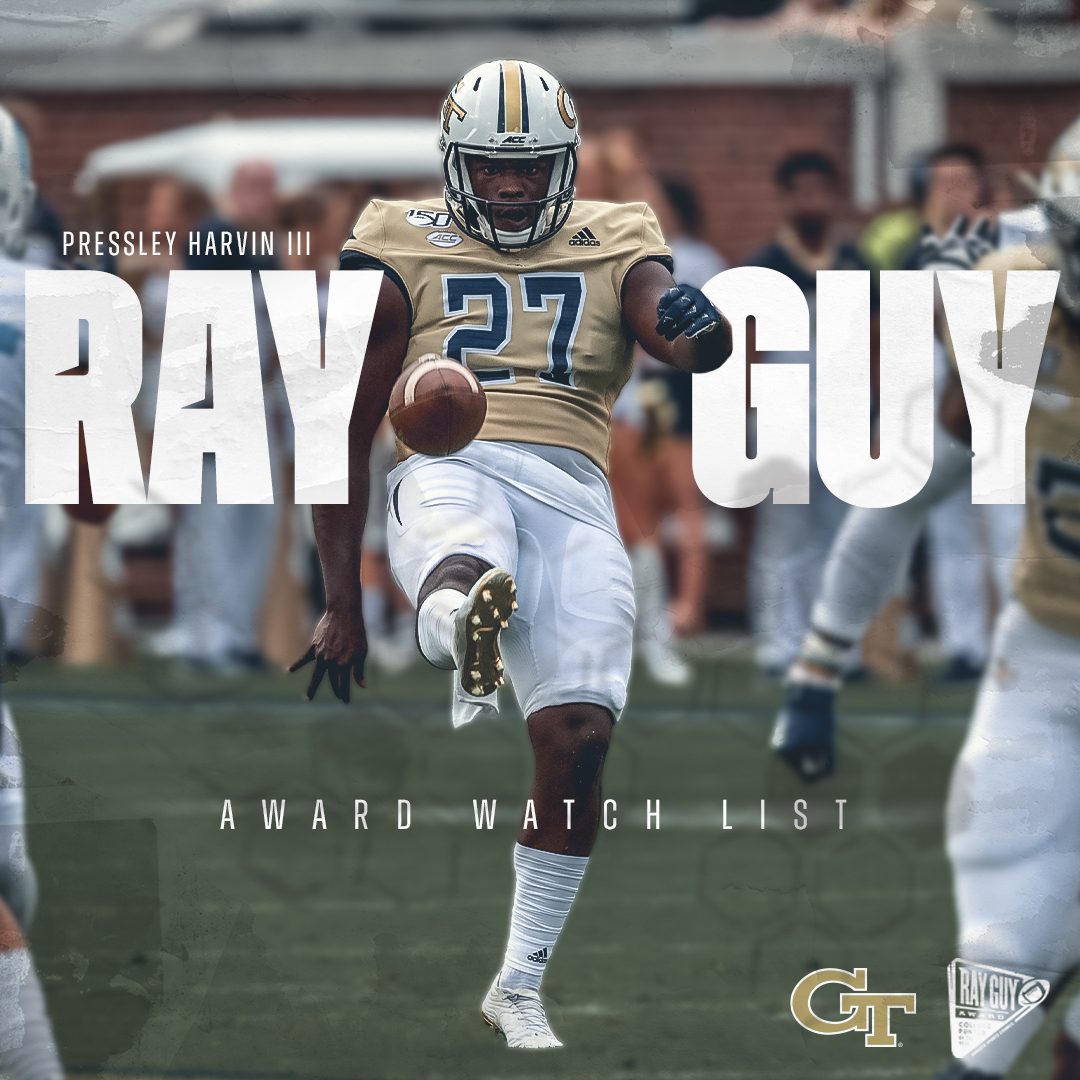 As a junior last season, Harvin III ranked 17th nationally with a 44.8-yard punting average. His 44.8-yard average was the fifth-best single-season punting average in school history. He also ranks sixth on the list with a 44.1-yard average as a freshman in 2017. Harvin III enters his senior campaign with a 43.8-yard career average, good for second in Georgia Tech history.

In addition to booming 80 punts in 2019, Harvin III also threw a 41-yard touchdown pass on a fake punt in Georgia Tech’s 28-21 overtime win at Miami (Fla.). Combined with his 45.5-yard punting average that week, Harvin III was named the Atlantic Coast Conference Specialist of the Week for his performance in the win over Miami.

Harvin III and the Yellow Jackets are scheduled to open the 2020 season on Thursday, Sept. 3 with a primetime matchup versus defending national finalist Clemson at Bobby Dodd Stadium. 2020 Georgia Tech football season tickets are on sale now. The Yellow Jackets’ seven-game home schedule is one of the best in program history, featuring matchups at Bobby Dodd Stadium versus Clemson, Miami, Virginia and UCF, as well as the inaugural “Mayhem at MBS” showdown against Notre Dame at Mercedes-Benz Stadium on Nov. 14. Season tickets start at just $229 and include the Mayhem at MBS contest versus Notre Dame. For more information and to purchase tickets online, visit ramblinwreck.com/footballtickets.