THE FLATS – After amassing 219 all-purpose yards, including 126 from scrimmage, and scoring twice in his collegiate debut, Georgia Tech true freshman running back Jahmyr Gibbs (Dalton, Ga./Dalton) has been named the Atlantic Coast Conference Rookie of the Week, the ACC announced on Monday. 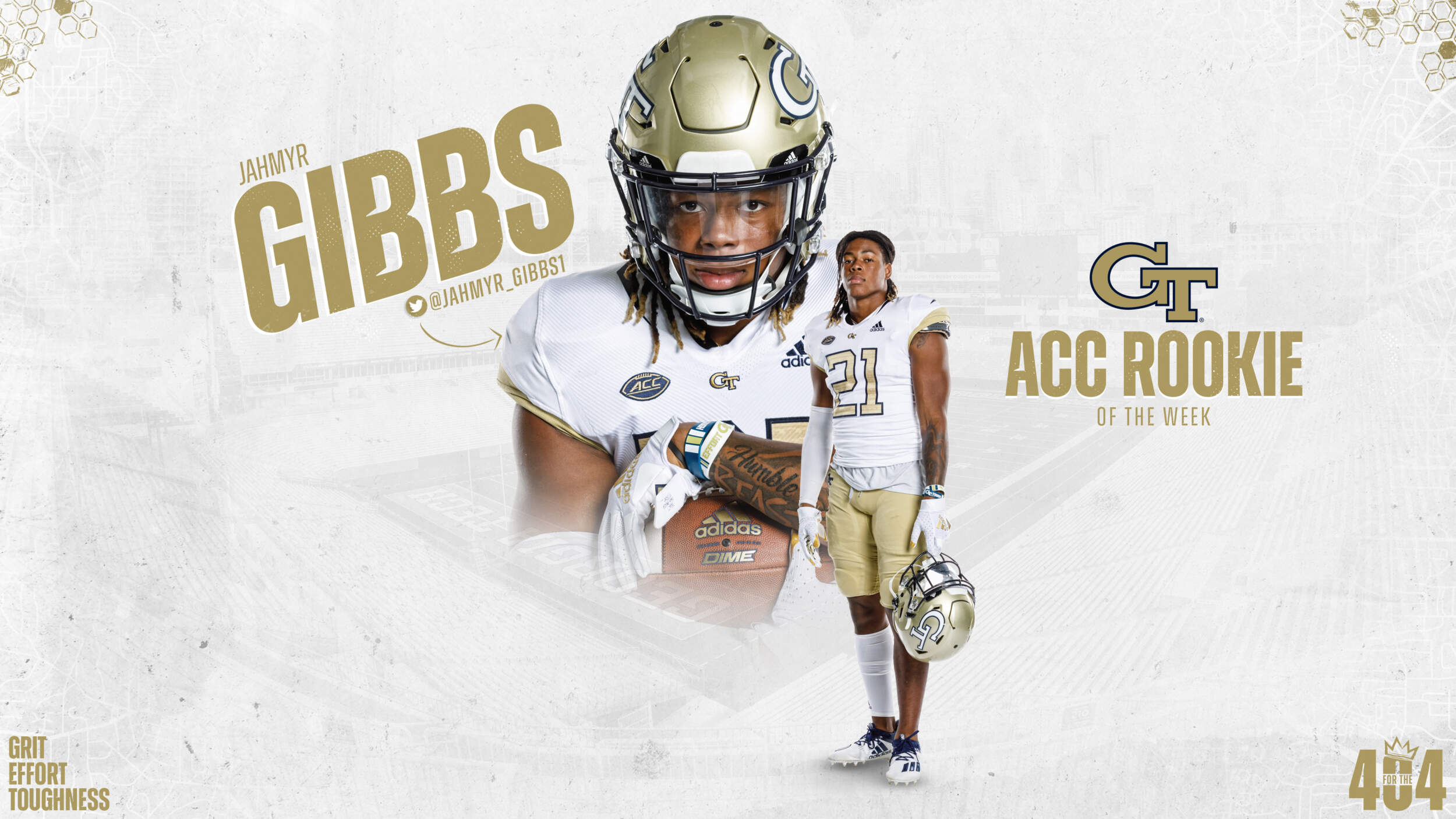 Gibbs racked up 93 yards on two kickoff returns, 66 rushing yards on 15 carries and a team-high 60 receiving yards on four catches against No. 14/13 UCF on Saturday. The game was the first of his collegiate career, as he was unavailable for Georgia Tech’s season opener at Florida State.

On the very first play of his collegiate career, Gibbs returned the opening kickoff 75 yards to the UCF 21, setting up a three-play touchdown drive that gave the Yellow Jackets a 7-0 lead just 55 seconds into the contest. After setting the table for the Jackets’ first trip to the end zone, he scored Tech’s other two touchdowns on a 6-yard reception and an electrifying 33-yard run.

With Gibbs’ honor, Georgia Tech now has the first two recipients of the ACC’s Rookie of the Week award this season. True freshman quarterback Jeff Sims (Jacksonville, Fla./Sandalwood) earned the recognition after compiling 341 yards of total offense in the Jackets’ 16-13 season-opening win at FSU.

Gibbs and the Yellow Jackets return to action on Saturday with an ACC contest at Syracuse. Kickoff is set for noon. The game will be televised on the ACC’s Regional Sports Network (Fox Sports South in Atlanta).