THE FLATS – A Thursday night opener versus longtime Atlantic Coast Conference rival Clemson will kick off Georgia Tech’s 2020 football schedule, which was unveiled on Wednesday by the ACC.

For the second-straight season, Georgia Tech will open the campaign with a Thursday night conference battle against Clemson. The nationally televised 2020 season opener for both teams will be played on Thursday, Sept. 3 at Georgia Tech’s Bobby Dodd Stadium.

The opener against five-time-defending ACC champion Clemson is the first of seven home games for the Yellow Jackets, including six contests at Bobby Dodd Stadium and the previously announced Nov. 14 “Mayhem at MBS” showdown versus Notre Dame at Mercedes-Benz Stadium, the state-of-the-art home of the Atlanta Falcons, located less than a mile from Georgia Tech’s Midtown Atlanta campus. 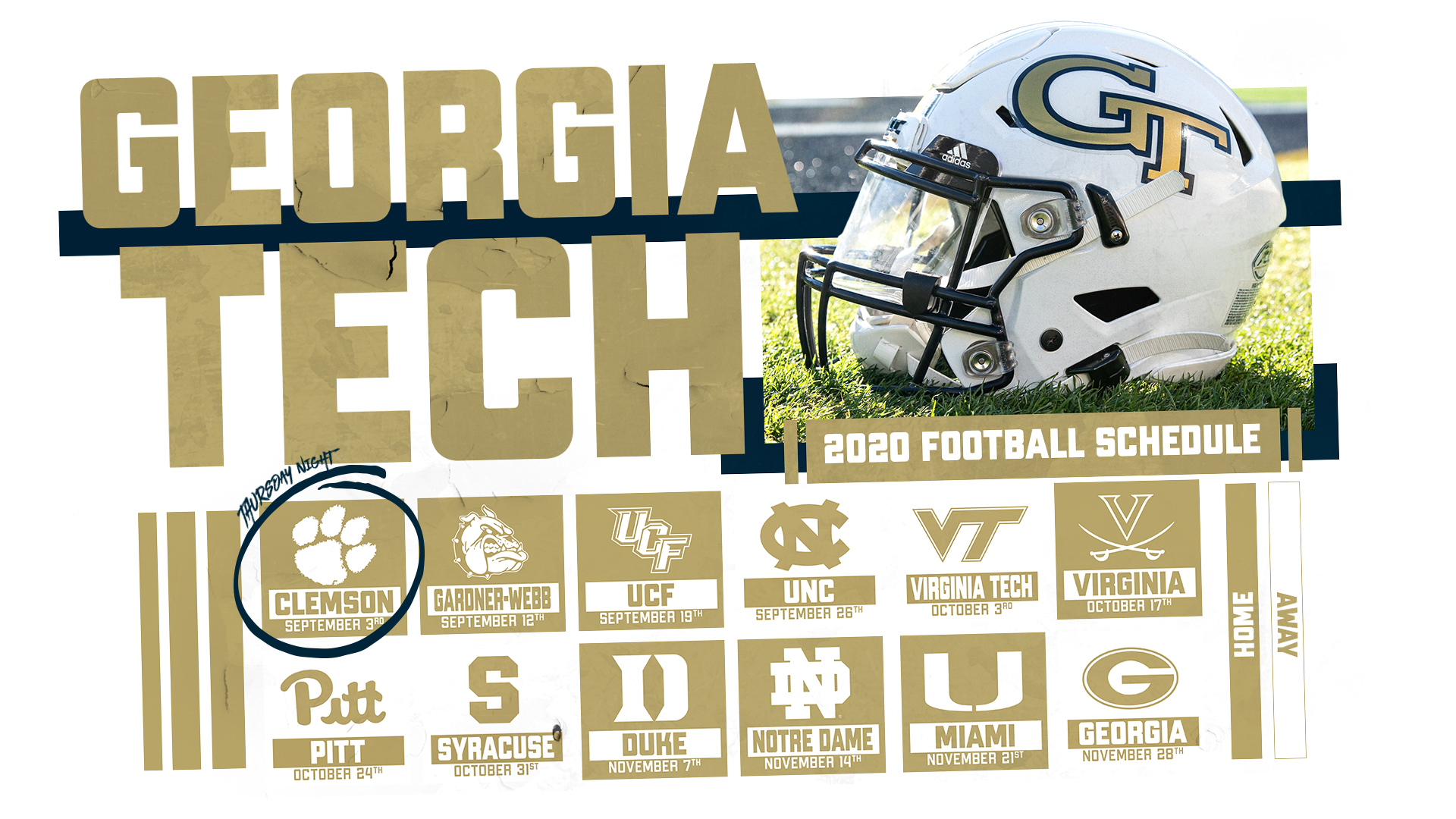 After three-straight home games to open the season, the Yellow Jackets will make their first road trip of the season to ACC Coastal rival North Carolina on Sept. 26. The Jackets’ other conference road games are at Virginia Tech (Oct. 3), Pitt (Oct. 24) and Syracuse (Oct. 31). Tech closes the season at archrival Georgia on Nov. 28.

Season tickets for one of the most attractive home schedules in Georgia Tech history are on sale now. Seven-game season-ticket packages, which include the Mayhem at MBS contest versus Notre Dame on Nov. 14, start at just $229. For more information and to purchase tickets online, visit ramblinwreck.com/footballtickets.