THE FLATS – Georgia Tech’s home football game versus UCF in Week 3 of the upcoming 2020 season has been moved to Friday, Sept. 18 to accommodate a nationally televised broadcast on ESPN or ESPN2.

The game was originally scheduled to be played on Saturday, Sept. 19 but ESPN approached Georgia Tech to move the contest to Friday night, as ESPN desired to televise the game on one of its two flagship networks. After consulting with UCF and campus and community partners, and following head coach Geoff Collins’ conversations with dozens of local high school football coaches, Georgia Tech agreed to the move. 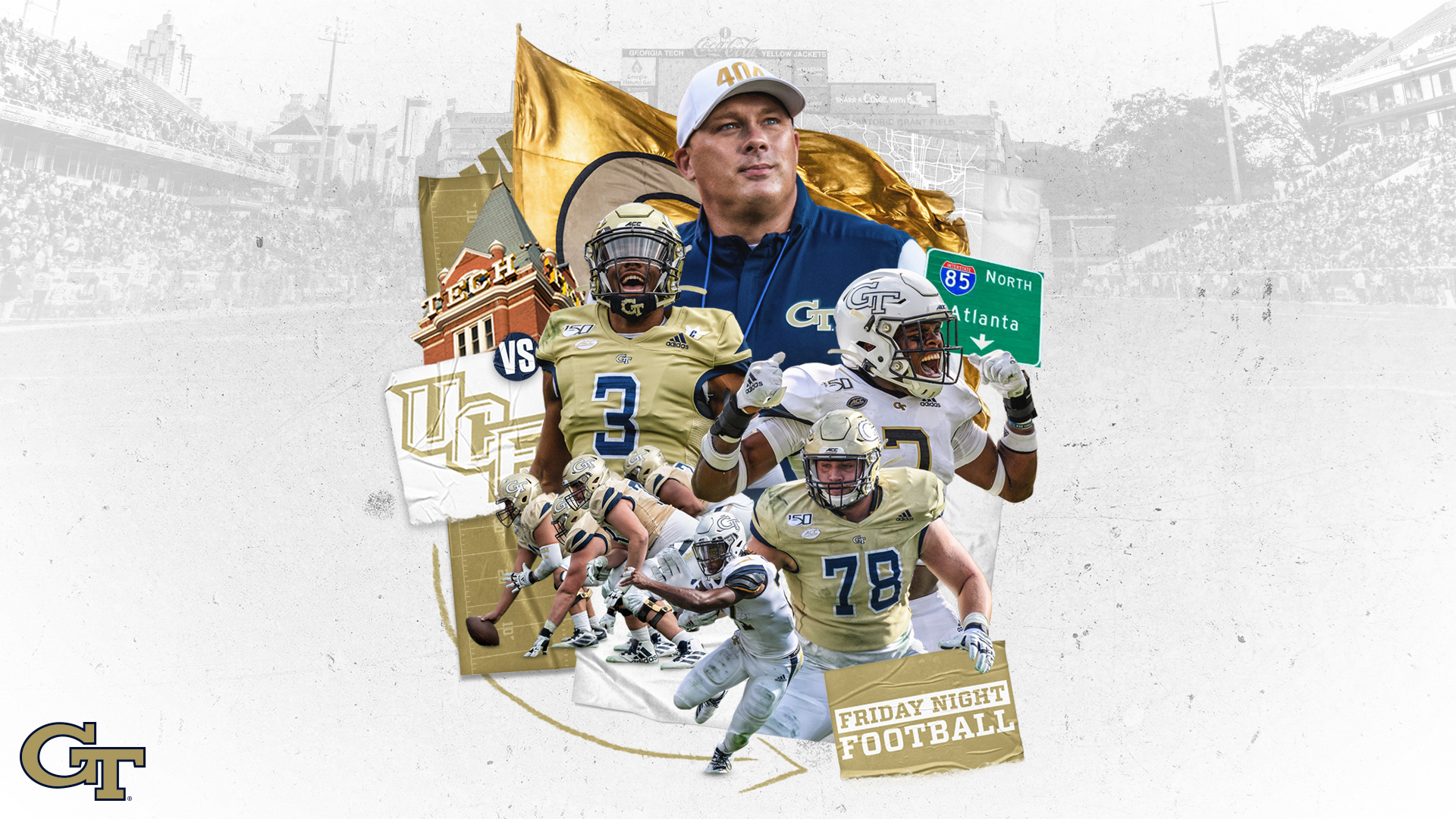 “We’re appreciative to ESPN for its desire to showcase Georgia Tech football and city of Atlanta in primetime,” Georgia Tech director of athletics Todd Stansbury said. “Georgia Tech football under the lights and in the shadow of the Atlanta skyline is one of college football’s great settings, and we’re happy that our student-athletes and fans will have the opportunity to experience night games at Bobby Dodd Stadium twice in the first three weeks of the upcoming season.

With the guaranteed primetime kickoff, Georgia Tech has designated the contest as its annual Whiteout game. Additional promotions and events specific to the contest will be finalized and announced at a later date.

With the move of the UCF game to a Friday night, two of Georgia Tech’s first three games of the 2020 season will be televised nationally in primetime. The Yellow Jackets open the campaign versus Clemson on Thursday, Sept. 3 at Bobby Dodd Stadium.

Kickoff times and network designations for the Jackets’ first three games of the season – which includes a home contest against Gardner-Webb on Saturday, Sept. 12 – will be announced in the coming months.

Fans can enjoy the experience of primetime football in Atlanta by purchasing 2020 Georgia Tech football season tickets, which are on sale now. The Yellow Jackets’ seven-game home schedule is one of the best in program history, featuring matchups at Bobby Dodd Stadium versus Clemson, Miami, Virginia and UCF, as well as the inaugural “Mayhem at MBS” showdown against Notre Dame at Mercedes-Benz Stadium on Nov. 14. Season tickets start at just $229 and include the Mayhem at MBS contest versus Notre Dame. For more information and to purchase tickets online, visit ramblinwreck.com/footballtickets.