THE FLATS – Georgia Tech will be the host institution for two upcoming NCAA Championship events, a 2025 men’s basketball regional and the 2026 swimming and diving championships, the association announced Wednesday. The NCAA announced a large number of site selections for its championship events to take place from the 2022-23 academic year through 2025-26.

State Farm Arena will be the site one of the four NCAA men’s basketball regionals in 2025, which Tech will host in conjunction with the Atlanta Sports Council. It will be just the third NCAA basketball championship event ever held in the downtown Atlanta arena. The 2026 NCAA men’s and women’s swimming and diving championships will be conducted at the McAuley Aquatics Center on the Georgia Tech campus for the third time.

The McAuley Aquatics Center, built to host the 1996 Olympic Games, has hosted the NCAA Swimming and Diving Championships in 2006 and 2016.

This is the third time for this specific NCAA championship bid process, which created the largest host site announcement ever, spanning 86 championships across a four-year cycle. Previously, selection announcements varied by sport. This process now gives the NCAA and host sites more time to plan each championship experience. 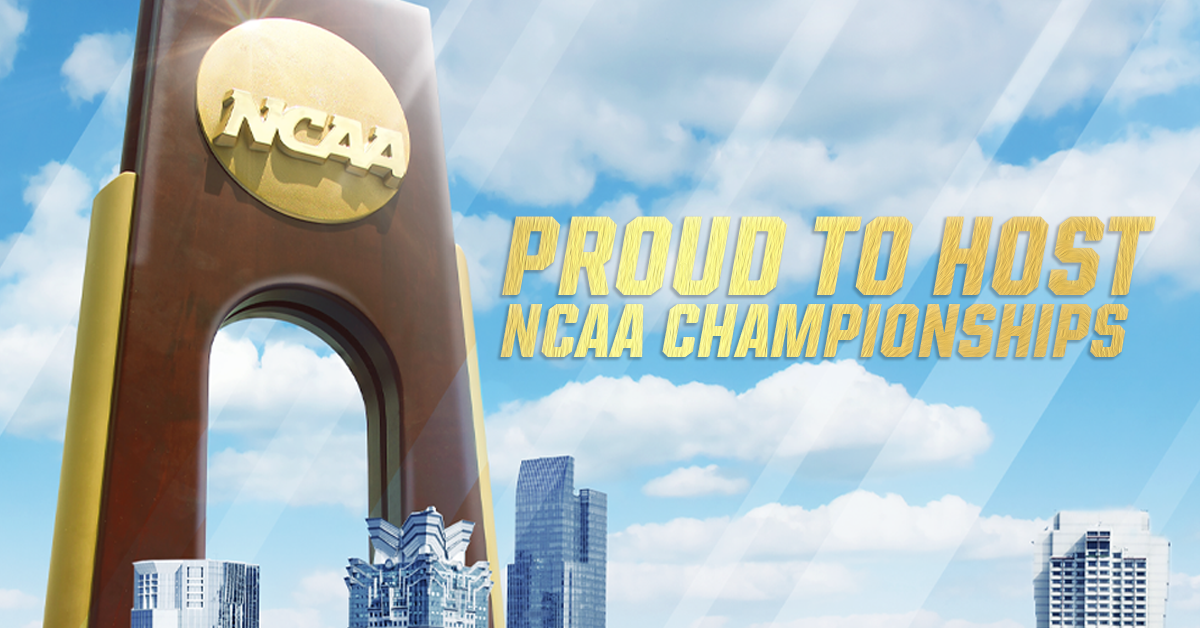