Georgia Tech-Pitt to Kick Off at 4 p.m.

THE FLATS – Georgia Tech football’s homecoming game versus Pitt on Saturday, Nov. 2 will kick off at 4 p.m., the Atlantic Coast Conference and its television partners announced on Monday. The game will be televised regionally on the ACC’s Regional Sports Network (ACC RSN) and be carried on Fox Sports South or Fox Sports Southeast in Atlanta (official channel designations to be announced in the coming days). 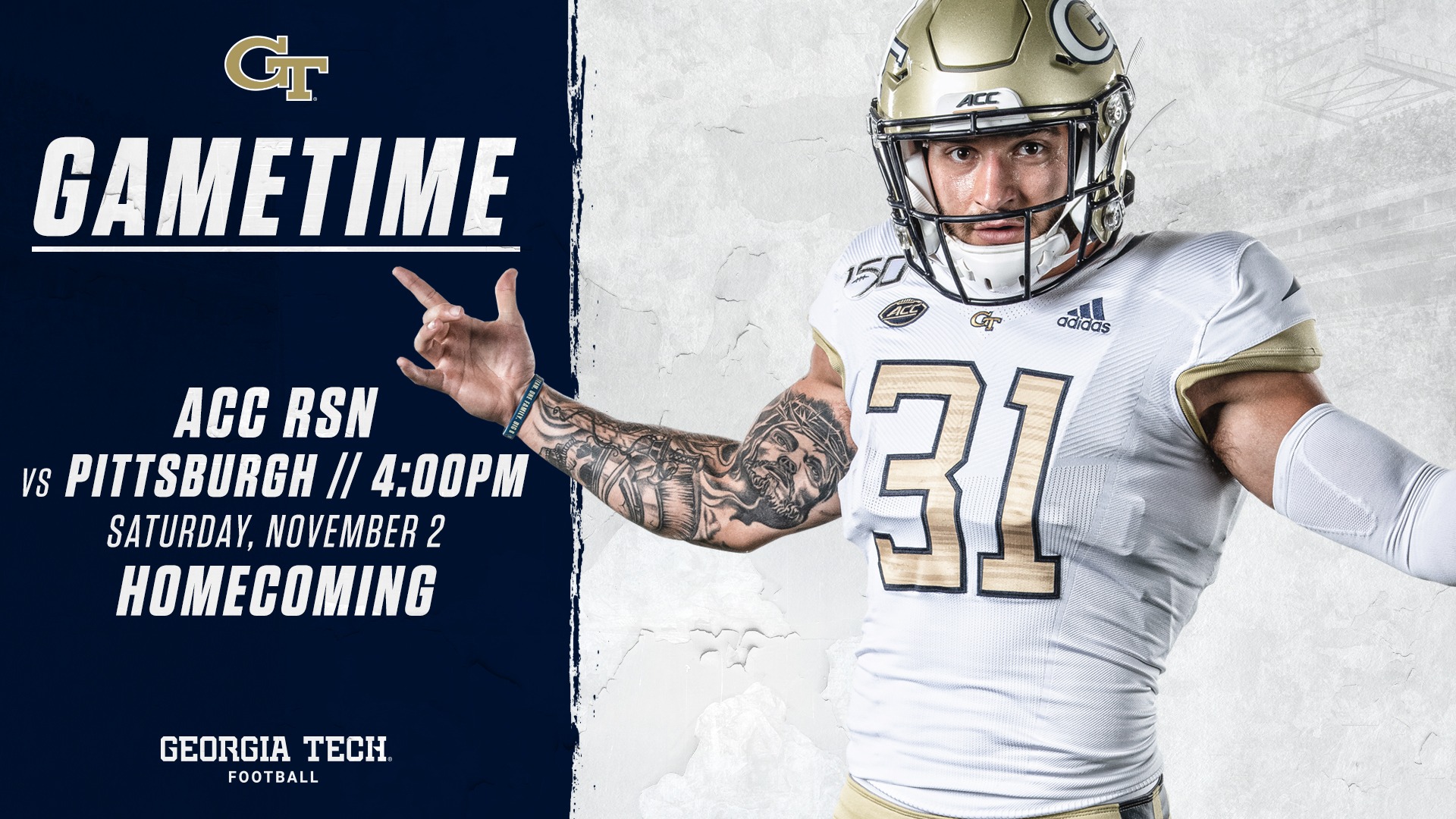