THE FLATS – Dave Patenaude and Andrew Thacker, who have served as Temple’s offensive and defensive coordinators under new Georgia Tech head coach Geoff Collins for the past two seasons, will join Collins on The Flats in the same roles, Tech announced on Monday.

Patenaude, who will also coach Georgia Tech’s quarterbacks, is a 28-year collegiate coaching veteran. Under his direction, Temple put together two of the three highest single-season passing totals in school history (3,273 yards in 2017, 3,297 yards in 2018) and ranks 24th nationally in scoring offense this season. Individually, TU running back Ryquell Armstrong ranks second in the American Athletic Conference and 14th nationally in rushing (109.8 ypg) and wide receiver Randle Jones ranks third in the AAC and 13th nationally in yards per reception (19.35 avg.) this season.

“Dave has produced record-setting offenses his entire career,” Collins said of Patenaude. “He did a great job for us the last two years at Temple. I’m excited about the fast-paced, spread, pro-style offense that we’re going to run here at Georgia Tech. With his experience, the transition is going to be awesome.”

“Andrew did a really good job for us the last two years as defensive coordinator and linebackers coach,” Collins said about Thacker. “He helped put together one of the best defenses in the AAC thanks due to his connection with the players, his motivation and his knowledge of the game. His stepdad [former Gainesville H.S. head coach Bruce Miller] was a legendary high-school coach in the state of Georgia. I’m excited to have him back home.” 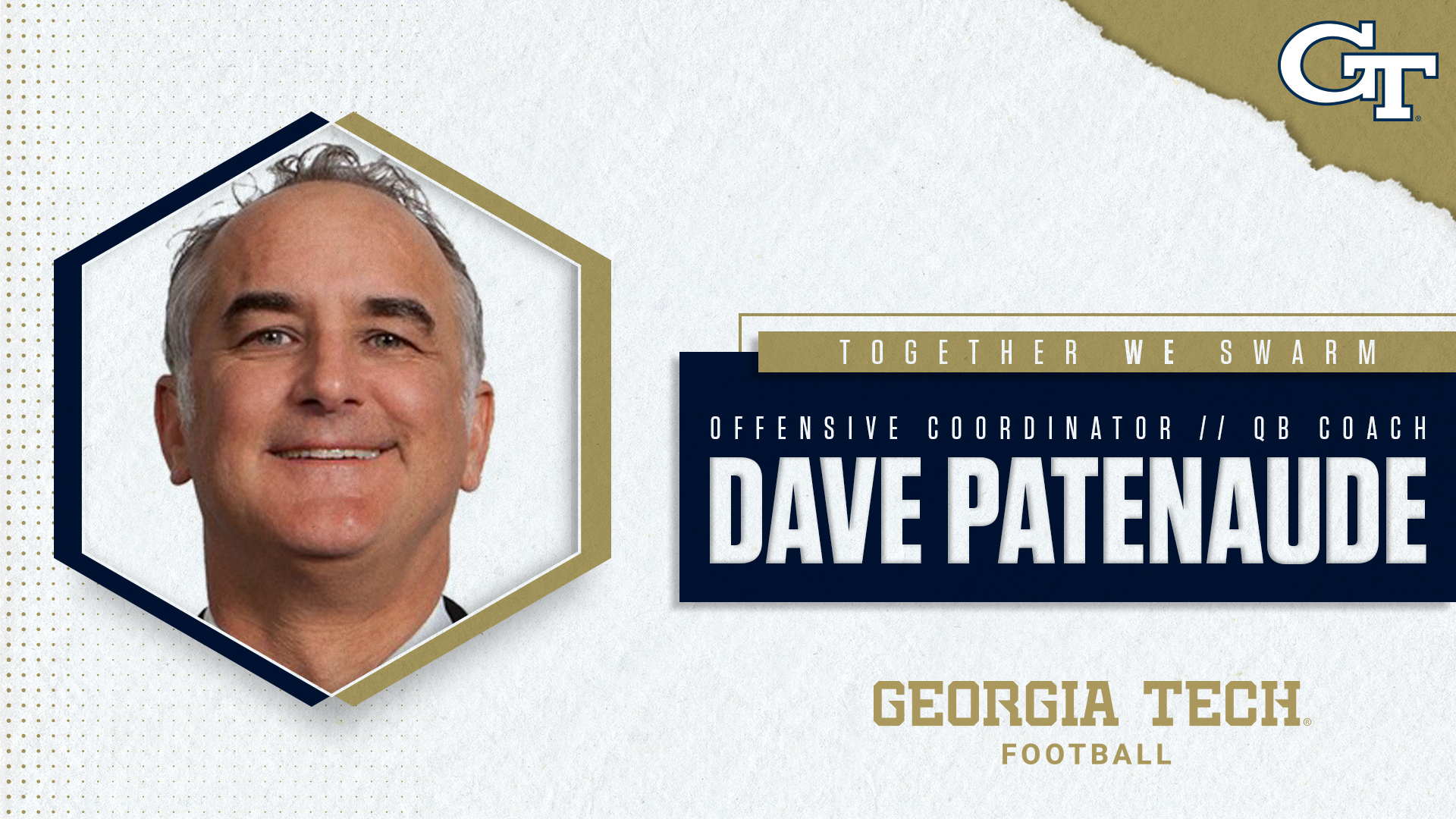 Patenaude was a three-year starter at quarterback and free safety at Central Connecticut State. He graduated from CCSU in 1990 and earned a master’s from Springfield in 1993. He and his wife, Christine, have two daughters: Eva and Estelle.

“My family and I are excited and honored to join the long-storied football program at Georgia Tech,” Patenaude said. “I have seen firsthand the passion and vision that Coach Collins brings to a new program and I look forward to getting to work on The Flats.” 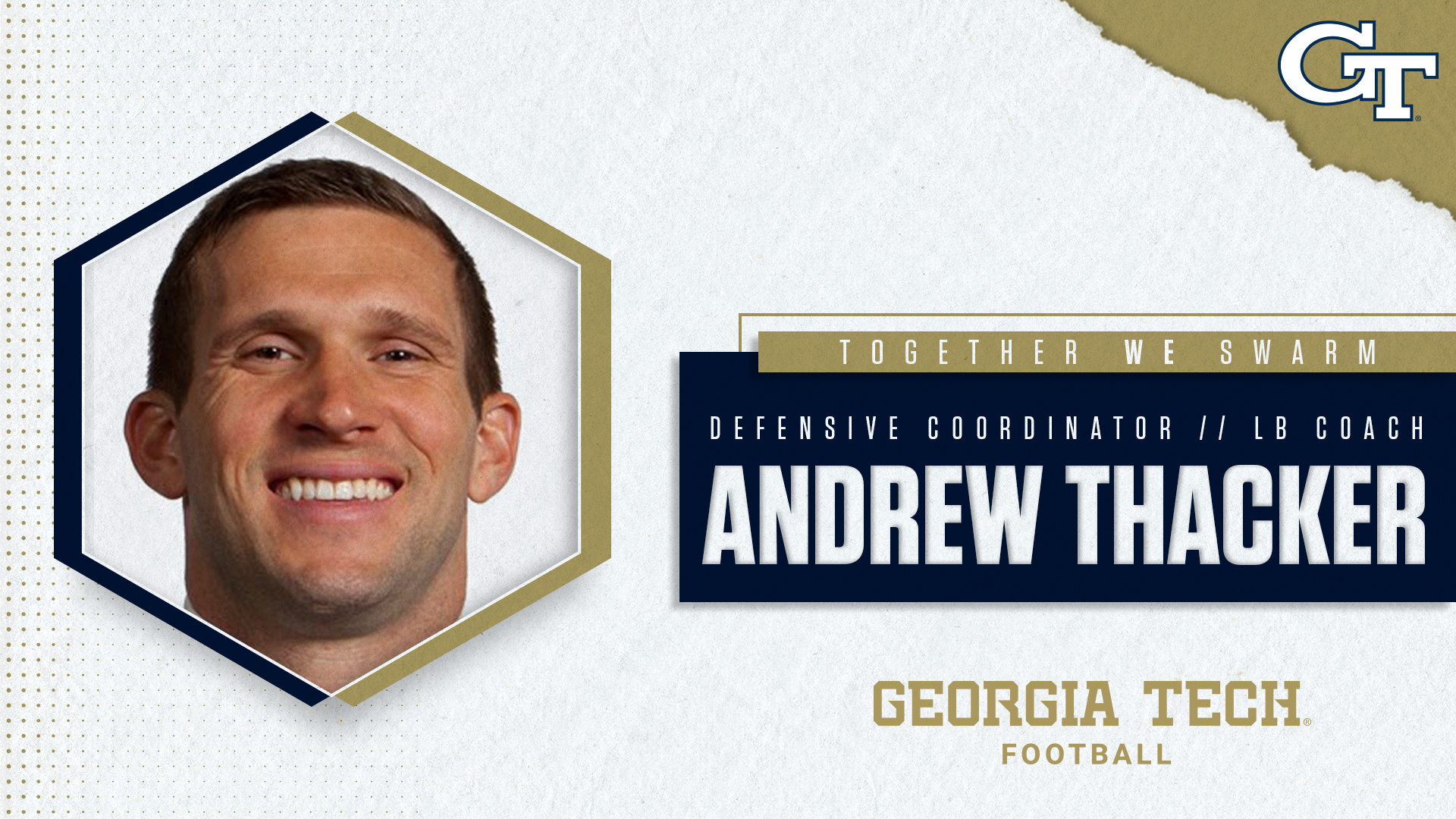 Thacker helped produce one of the AAC’s highest-ranked defenses during his one season as the defensive coordinator at Temple. In addition to ranking among the nation’s top three teams in defensive touchdowns, turnovers, fumble recoveries and interceptions, the Owls were among the AAC’s top three teams in total defense (second), passing defense (second), three-and-outs (second) and scoring defense (third). As linebackers coach in 2017, he helped TU rank among the top teams nationally in both sacks (11th) and tackles for loss (11th).

Prior to his two seasons at Temple, Thacker spent the 2016 season in the Atlanta area as linebackers coach at Kennesaw State, where he helped the Owls lead the Big South in scoring defense and rushing defense and rank second in total defense.

Thacker was a four-year starter at safety at Furman (2004-07), where he was named the 2004 Southern Conference Freshman of the year. He graduated from Furman in 2007 with bachelor’s degrees in political science and Spanish. He and his wife, Liza, have a daughter, Caroline, and a son, Bear.

“Liza and I are thrilled to join the Georgia Tech football family and return home to Georgia,” Thacker said. “We look forward to dedicating our time and energy to Georgia Tech and investing in the young men in the program. We believe in Coach Collins’ vision and cannot wait to get started on The Flats.”