The Yellow Jackets’ three Academic All-District picks are the most in Georgia Tech history and mark the first time since 2002 that as many as two Jackets were selected.

The Academic All-District team recognizes the nation’s top student-athletes for their combined performances on the field and in the classroom. 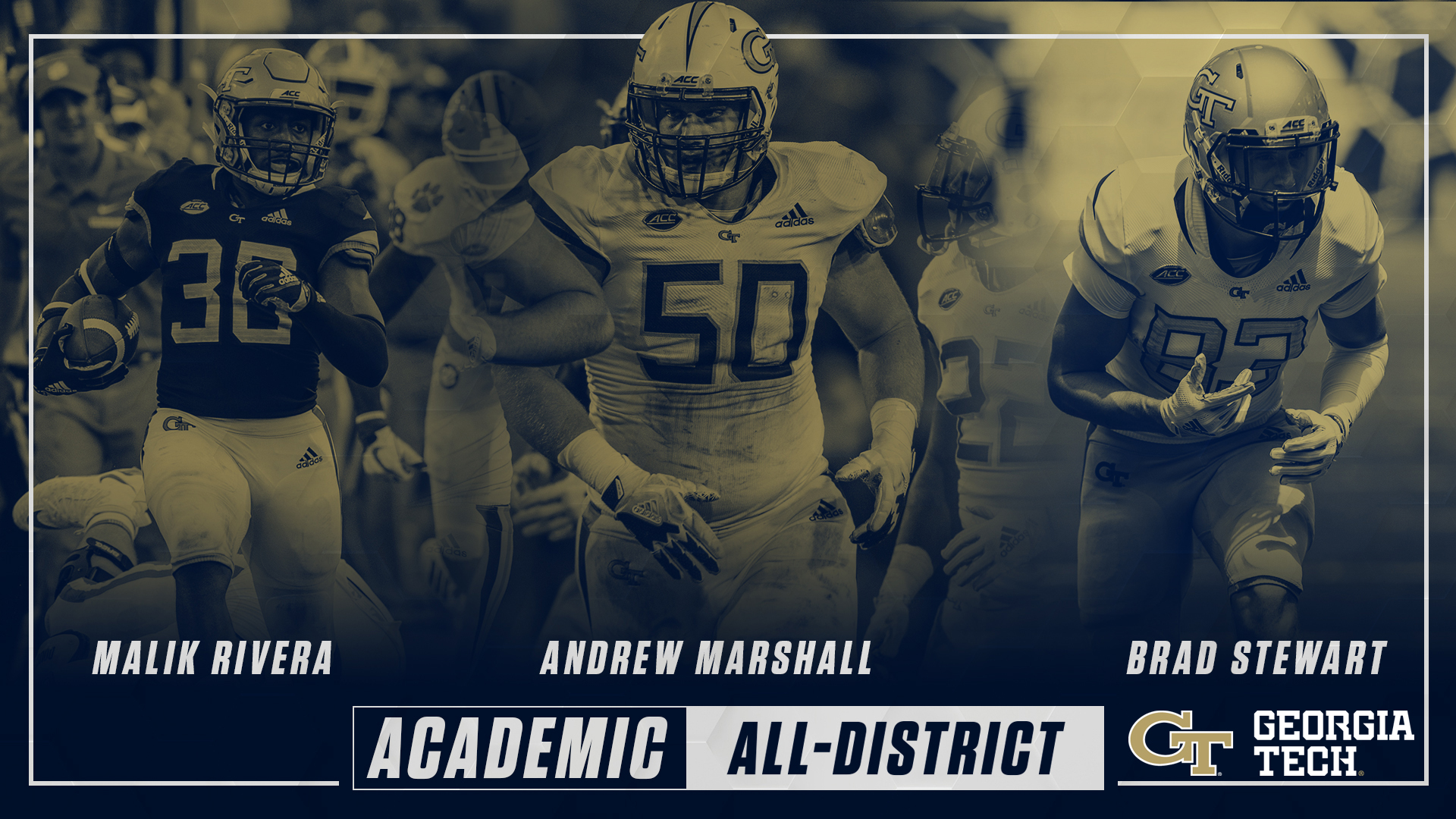 Marshall graduated from Georgia Tech in December 2017 with a 3.46 grade-point average as a business administration major and is currently pursuing a master’s degree in building construction and facilities management. He is a four-time member of the Atlantic Coast Conference academic honor roll. On the field, he has started nine games at left tackle for the Yellow Jackets this season after missing the entire 2017 campaign due to a foot injury. He has helped pave the way for Georgia Tech to lead the nation with 362.4 rushing yards per game this season.

Rivera is also a graduate student at Tech, pursuing a master’s in quantitative and computational finance. He enrolled at Georgia Tech this fall after graduating with a 3.56 GPA as a triple-major (mathematics, finance and computer science) from Wofford, where he was a three-year letterwinner as a defensive back. Rivera has made a huge impact on the Yellow Jackets’ defense in his first season at the NCAA Division I FBS level, starting all 10 games at free safety. He leads the Jackets in tackles (50) and is tied for the team lead with two interceptions. He was also named first-team Academic All-District as a junior at Wofford in 2017.

Stewart is also a two-time first-team Academic All-District honoree, having previously earned the recognition as a sophomore in 2016. He has started a team-high 37-straight games at wide receiver for the Yellow Jackets, including all 10 this season. Stewart has averaged 14.8 yards per catch over a team-high 12 receptions this season. He also leads the team with two touchdown catches, including what proved to be the game-winning 31-yard score in last Saturday’s 27-21 win over Miami. He carries a 3.3 grade-point average as a mechanical engineering major.