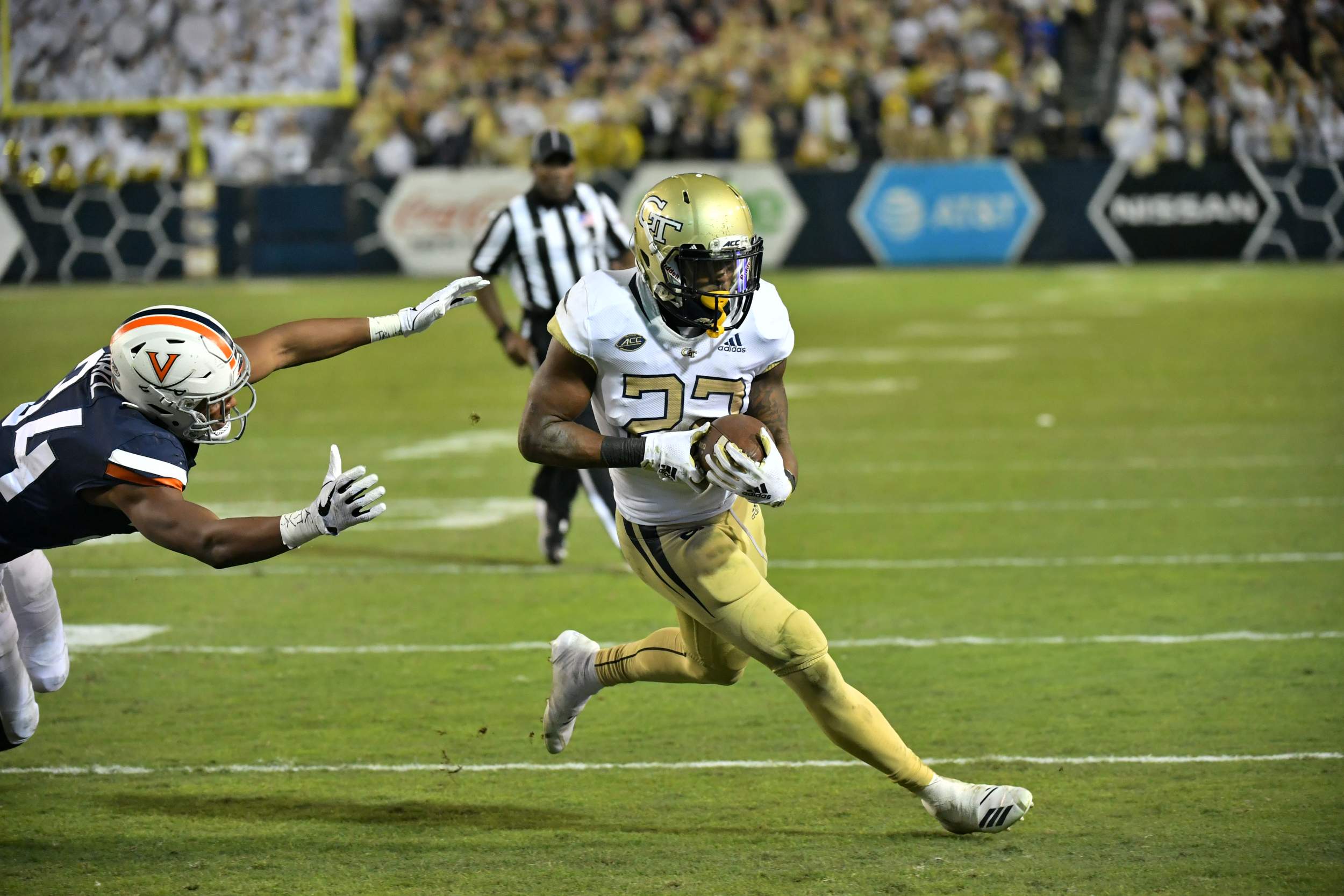 Clinton Lynch ran four times for 59 yards and a touchdown and had a 16-yard reception the last time Georgia Tech visited UGA’s Sanford Stadium, a 28-27 GT win in 2016.

• White-hot Georgia Tech travels to archrival Georgia on Saturday for the 113th edition of “Clean, Old-Fashioned Hate” on Saturday at noon. The game, which will be played at Sanford Stadium in Athens, Ga., will be televised nationally on the SEC Network.

• Georgia Tech (7-5, 4-3 ACC) enters the annual rivalry game the winner of four-straight and six of its last seven contests. The four-game winning streak is the Yellow Jackets’ longest since they won their final four games of the 2016 campaign, which included a 28-27 win at Georgia. A win on Saturday would give the Jackets their longest winning streak since they won their final five games of the 2014 regular season, which also included a 30-24 overtime win at UGA.

• The Jackets have come away victorious in each of their last two trips to Athens, with the overtime win in 2014 and the one-point triumph in ‘16. A win on Saturday would give Tech three-straight victories at Georgia for the first time since it won four in a row at Sanford Stadium in 1950, 1952, 1954 and 1956.

• A victory on Saturday would be Georgia Tech head coach Paul Johnson’s fourth win over Georgia, which would put him alone as Tech’s winningest coach against UGA since Bobby Dodd beat the Bulldogs 12 times in 22 games from 1945-66.

• All three of Johnson’s wins over Georgia have come on the road (2008, 2014 and 2016). He already stands as Georgia Tech’s second-winningest coach ever in Athens (behind only Dodd, who won at UGA five times).

• Like Georgia Tech, No. 5 Georgia (10-1, 7-1 SEC) has won four-straight games since its lone defeat of the season to date, a 36-16 loss at LSU on Oct. 13. The teams’ four-game winning streaks are tied for the 11th-longest current winning streaks in the nation.