TV: ACC Network | Watch Parties | Watch Online (NOTE: To watch ACC Network programming online via the ESPN app or WatchESPN.com, the viewer must subscribe to a cable/satellite/digital provider that carries the ACC Network.) 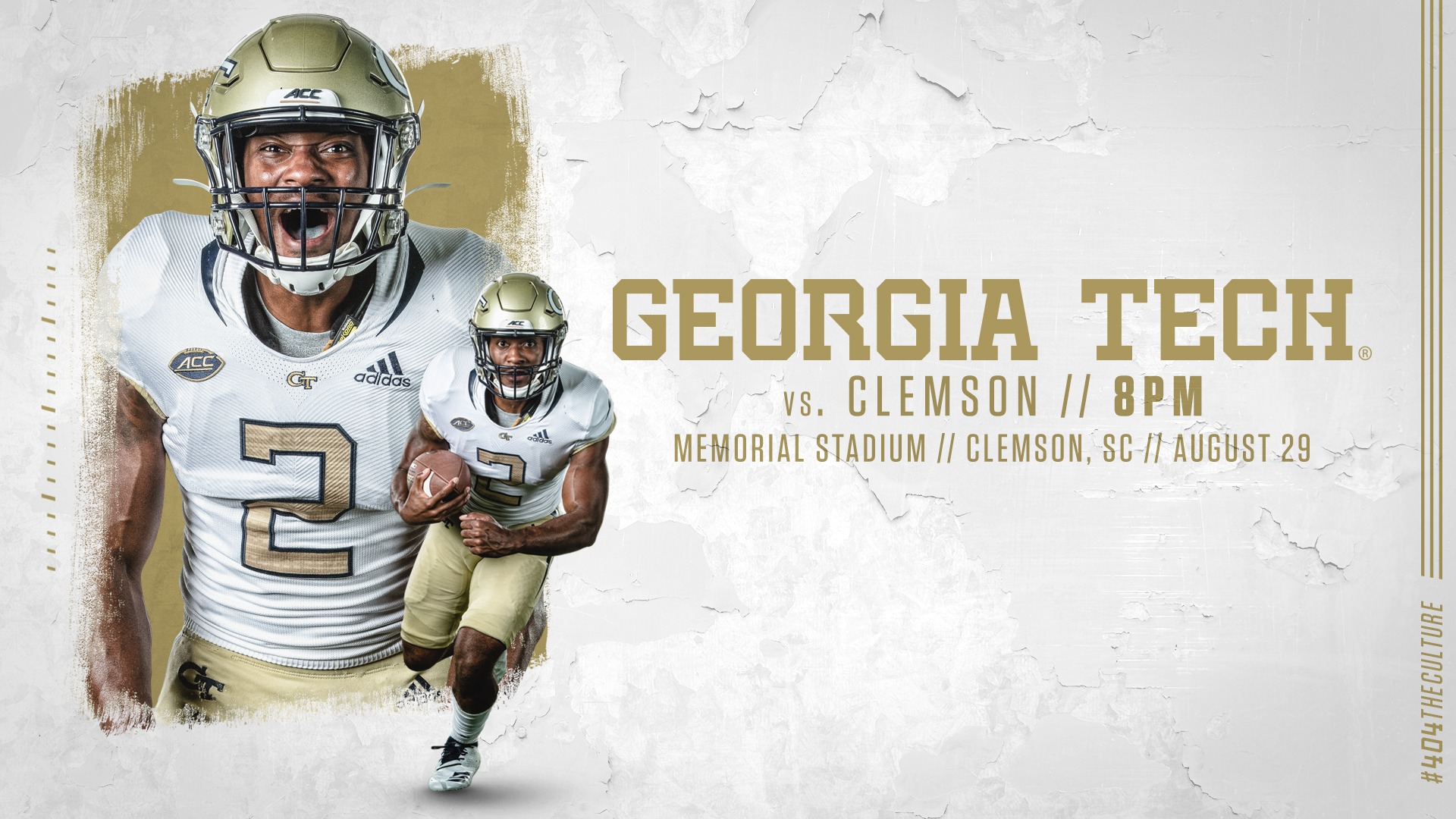 • The Yellow Jackets will also debut a 4-2-5 effort-based defense after utilizing a 3-4 scheme last season. Dubbed “The Minister of Mayhem,” Collins has coached some of college football’s top defenses throughout his career, including as the defensive coordinator at Mississippi State (2011-14) and Florida (2015-16) and head coach at Temple (2017-18).

• Georgia Tech and Clemson are meeting for the 85th time in a series that dates back to 1898 and has been played annually since Tech began Atlantic Coast Conference play in 1983. Georgia Tech holds a 50-31-2 advantage in the all-time series.

• Despite it being the 85th all-time meeting between the two schools, Thursday’s game marks only the eighth time overall and the first time since 1962 that Georgia Tech opens its season against Clemson. Tech is 6-1 all-time in season openers against Clemson. After losing 73-0 the first time it opened a season against Clemson in 1903, Georgia Tech has won the last six times that it has opened its campaign against CU (1918, 1932, 1933, 1934, 1944 and 1962), outscoring the Tigers by a combined 188-32 in those six matchups.