Jackets Continue Homestand vs. The Citadel 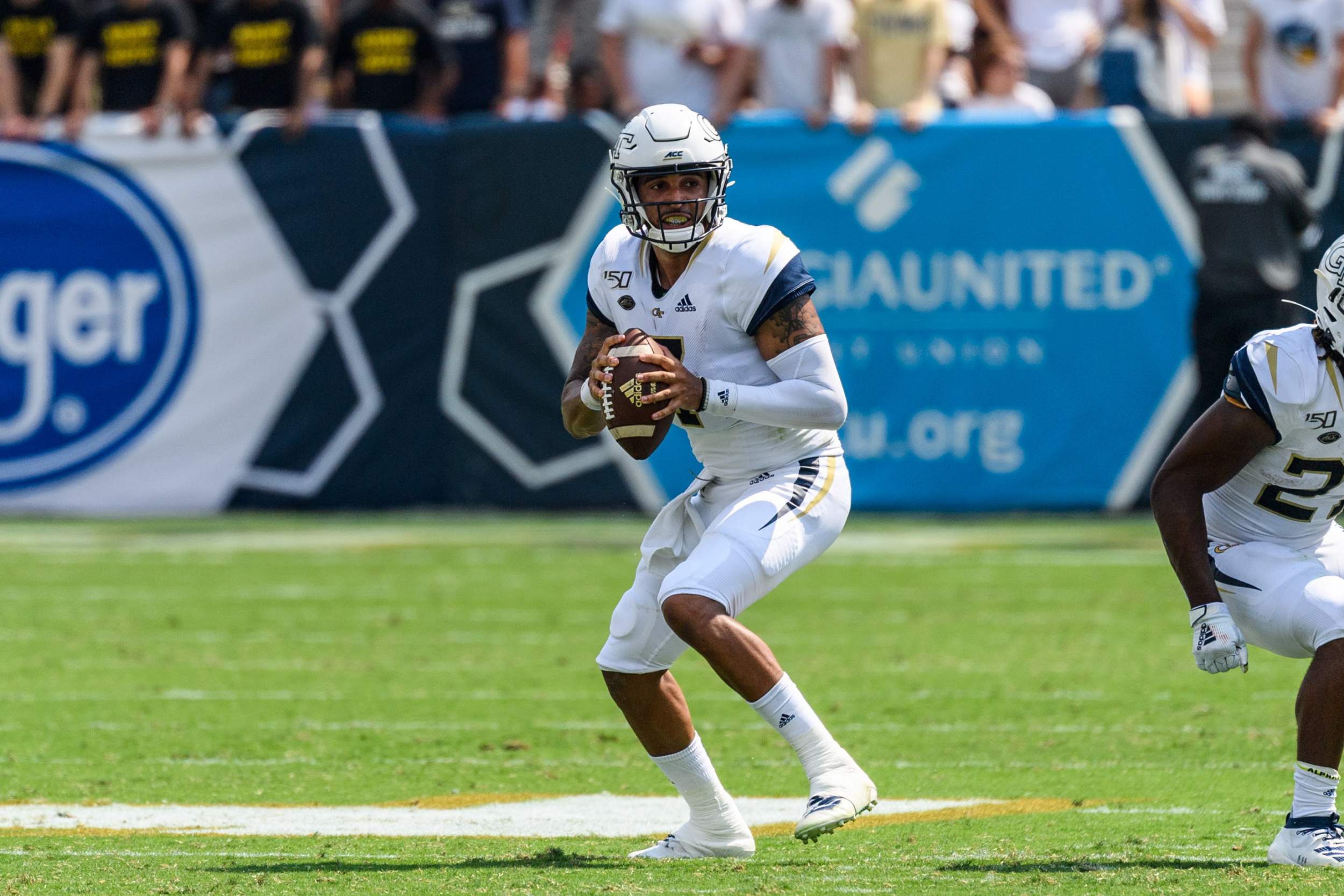 Lucas Johnson (7) led Georgia Tech on Sept. 7 with a career-high 11 pass completions. The Yellow Jackets’ 14 total pass completions against USF are the team’s third-most in a game since 2008.

• Georgia Tech looks to cap an unbeaten homestand and move to 2-1 on the season when it hosts The Citadel at Bobby Dodd Stadium on Saturday.

• Stout defense lifted Georgia Tech to the victory over USF, as the Yellow Jackets limited the Bulls to 10 points and 262 yards of total offense, just one year after the Jackets surrendered 49 points and 426 yards in a 49-38 loss at USF.

• Through two games this season, Georgia Tech has forced five turnovers, which is tied for 14th nationally.

• The Yellow Jackets also rank among the national leaders in tackles for loss with 7.5 per game, good for a tie for 28th nationally. Georgia Tech’s 15 tackles for loss and four sacks are its most through the first two games of the season since it had 15 TFL and seven sacks through two contests in 2008.

• Georgia Tech’s nine tackles for loss last Saturday at USF were its most against an NCAA Division I FBS opponent since it also had nine against Georgia Southern in 2016.

• The Yellow Jackets have also been one of the most disciplined teams in the nation through two games, as their four penalties for 30 yards are the fewest in the ACC and tied for the third-fewest nationally.

• Georgia Tech is 10-0 all-time against The Citadel. The teams first met in 1912 and last squared off on Sept. 1, 2001, when the Yellow Jackets topped the Bulldogs, 35-7. That game was Collins’ first as the Jackets’ tight ends coach after two seasons as a graduate assistant at Tech.