This story originally appeared in the latest issue of Everyday Champions magazine. You can read the entire issue and archived issues here.

Initially, it was to show a stubborn teenager that her name, then Chaunte Howard, was not in the listings and to reference the names of others Page had coached who were in the books. Then, he kept the records nearby in order to chart her rise from the best in school history to best in NCAA history to best in national history to among the tops in the world.

Now Lowe, a four-time Olympian and bronze medalist in the high jump, is in the toughest competition of her life. Diagnosed with breast cancer earlier this year, she underwent a double mastectomy — surgical removal of the breasts — and is in the midst of an aggressive chemotherapy treatment.

Her prognosis is good and even as she focuses on her health and recovery she’s intent on making her fifth Olympic team next year and competing at the 2020 Games in Tokyo. Page’s record books could be in for a new volume.

“She’s shown a tremendous amount of courage, which isn’t surprising to anyone who knows her,” Page said. “We all know what cancer brings and what it can do. Her mindset is to fight it and that’s what she’s doing. Like she does with everything else, she was like, ‘I’m going to win.’”

Lowe recently talked with Everyday Champions about her career, her cancer fight and what Georgia Tech means to her. 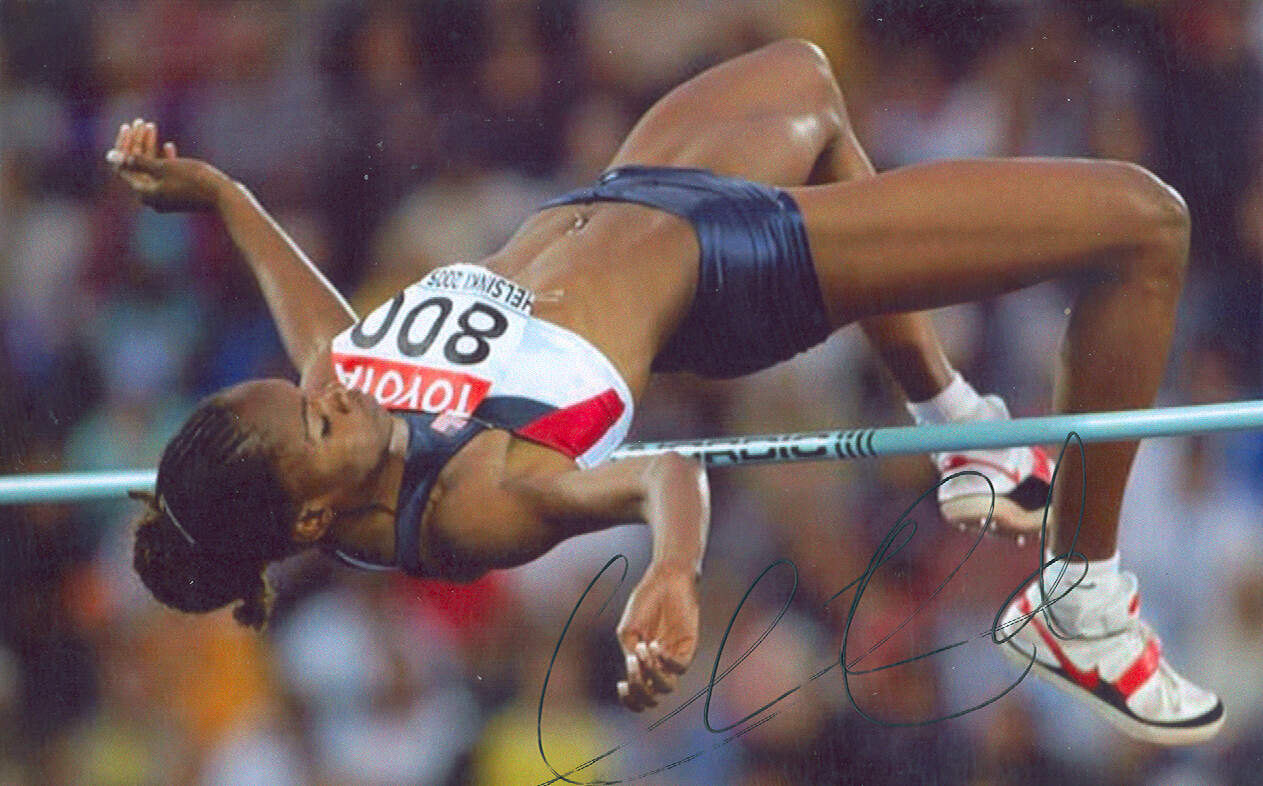 EC: You will soon begin training for your fifth Olympics, meaning you have been competing at an elite level for the better part of two decades. What have been your greatest challenges in reaching that level and staying there?

CL: “My first challenge was getting there. I made my first Olympic team as a sophomore in college, and I knew I wanted to go after even before I enrolled at Georgia Tech. But Georgia Tech is very rigorous. Finding the balance to make the team and perform academically was the biggest challenge. Later, after college, it was making that transition from student-athlete to pro athlete mentally. I knew what I needed to do from a competitive standpoint, but it’s everything else around it. Life. Once I got a grasp on that it was a breeze.”

EC: From talking to Coach Page, part of the difficulties in your reaching the Olympic level was in accepting coaching. You were, to use his word, ‘stubborn’ when you arrived at Georgia Tech and set your sights on the 2004 Olympics in Athens. How did you get past that block?

CL: “I learned that I can trust him. I had always done things on my own. Going to Georgia Tech, it was the first time I came across somebody who knew the event better than I did. He’d tell me a way to do it, and I’d try to do it my way and fall on my head and learn that he was right. You can learn from other people’s mistakes; you don’t have to make the same ones on your own first. Once I came to that realization and allowed him to really coach me, that’s when we started to see the championships and getting medals together and breaking records.”

EC: Describe those early struggles and the conflict with Coach Page.

CL: “In the beginning, I was fighting him every step of the way. ‘Do I need to do weights? Do I really need to go to the cold tank? That doesn’t work for me. This doesn’t work for me.’ He had athletes who had broken records, been to the Olympics, and I’m pushing back. Once I stopped fighting him, we started sprinting toward those goals.”

EC: Respecting someone for their expertise is one thing, but your relationship with Coach Page runs deeper than that. What fostered that relationship?

CL: “He genuinely cared about me. And it wasn’t just me. It was all the athletes. He genuinely cared about our well being beyond athletics. Every part and aspect of life you expect a parent to play, he was that. When you see that level of care, you want to do anything and everything you can to perform for them. That’s why he was able to find so much success because of that respect.”

EC: This Olympic bid is different because of the cancer diagnosis. How do you approach this fifth run at the Olympics?

CL: “I take it one step at a time, with a focus on the lowest hurdle first. Once I clear that, then I reassess my goals. Right now, making the team would be a huge aspiration. Every other time, a year out from the Games, my aspirations were to go to Olympic finals and win a medal. This time, the goal is different. I want to make the team and get on a platform to talk about what’s been going on with me over the last year or so. To talk about the women and men who are affected by breast cancer. One in eight women will deal with it. Finding it at an early stage changes the prognosis. If I could be that voice to make people pay attention to their body, that would be a great reward.” 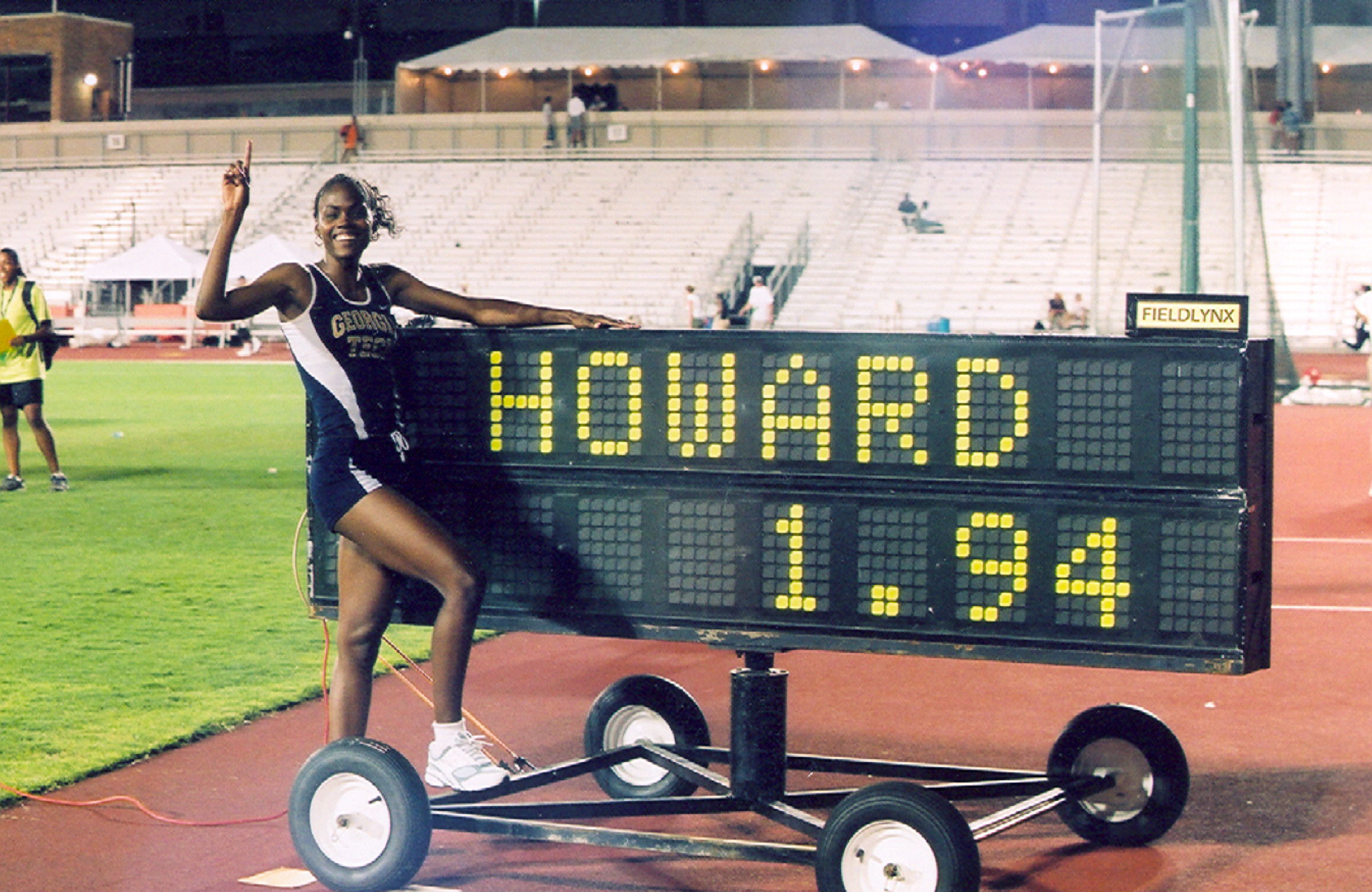 EC: You are currently in the midst of your chemotherapy treatments. How does that impact your training regimen?

CL: “I’ve learned a lot recently about being patient with my body. I thought it would be similar to maternity. It seemed like pregnancy wiped out my fitness completely. But chemo is different. The days following a treatment, I feel like I’ve done the most grueling and difficult training of my life — but I haven’t. I feel that way, but I don’t have the benefits that come with actually training. Mentally, I’m forcing my way through it. I liken it to an athlete running to another athlete in a relay. When the baton gets in their hand, it causes them to run faster. In my training this year, I’m not running just for me, I’m running for women. When I get tired or want to stop I find the extra energy to keep going to get on stage and share my story.”

EC: All cancer battles are traumatic, but yours has been exceptionally so. You found a lump and went to your doctor and was told it wasn’t cancer — only to find out later it was. The emotional swings must have given you whiplash. Can you share what that’s been like?

CL: “Initially I was very scared. I was crying. I was like, ‘Oh my gosh, if I have cancer. I won’t be there for my kids.’ To get the sigh of relief that I was all clear, I felt I had a new lease on life. All the things I wasn’t going to be able to do, I was looking forward to doing those things. Then to find out a year later it really was cancer it was hard to swallow. Initially, I was filled with hopelessness. But then the athlete in me was like, ‘How do I win?’ It’s like when somebody beats a record you are chasing, and you are disappointed, and then you are like ‘OK, how do I beat the next mark?’”

EC: You have three children ranging in age from 6 to 12. What’s the experience been like for them?

CL: “Really hard. All my kids look at me as superwoman. The hardest part was when we told them about the cancer. They looked at me, and it seemed they no longer saw that strong woman. It broke my heart. I’m doing my best to show them I’m the same woman, we just need to take care of something. As they see me fight, they are seeing a strength in me they didn’t know before.”

EC: Beating cancer is a turning point in your life. What have been some of the turning points, good and bad, in your track career?

CL: “The first time I jumped two meters was big for me. I hit that world-class standard, and I knew then I could jump with the best in the world. It was mental and physical. Once I made that mark, I was able to do it repetitively. Then there was making the first Olympic team. That was big because I had the formula for it and could keep getting there. Also getting that first world championship medal.

“Thank goodness I haven’t had many bad ones, but a crucial experience for me was a poor showing at the 2009 world championships. I was trying to figure out the balance of work, being a new mother and competition. I went to worlds and did so terribly bad and had to watch the women in the mix for medals dancing and having a good time. I love to dance, but I hadn’t earned the right to dance. The next year I was like, ‘I’m going to earn the right to dance.’ I went out and broke the American record two times.”

EC: Turning to Georgia Tech, the speech from the 2015 Hall of Fame induction is legendary. Can you sum up what Georgia Tech and the relationships you built in college mean to you as a person and as an athlete?

CL: “I grew up without my father and relied on various family members to raise me. Then I traveled over 3,000 miles from my home in California to go to school. What I didn’t know was that I would inherit family. Teammates, coaches, athletic staff, academic staff — they are as much a part of my family as the one I was born into. All of my dreams and major events in my life happened on the Georgia Tech track. I got engaged on that track. I made my first Olympic team to that track. I graduated — the first in my family to do that — across the street from that track. Georgia Tech will forever be a part of my family.”