THE FLATS – Georgia Tech senior offensive lineman Jack DeFoor (Calhoun, Ga./Calhoun) is one of 114 candidates on the official watch list for the 2020 Wuerffel Trophy. Known as “College Football’s Premier Award for Community Service,” the Wuerffel Trophy exists to honor college football student-athletes that serve others, celebrate their positive impacts on society and inspire greater service in the world. 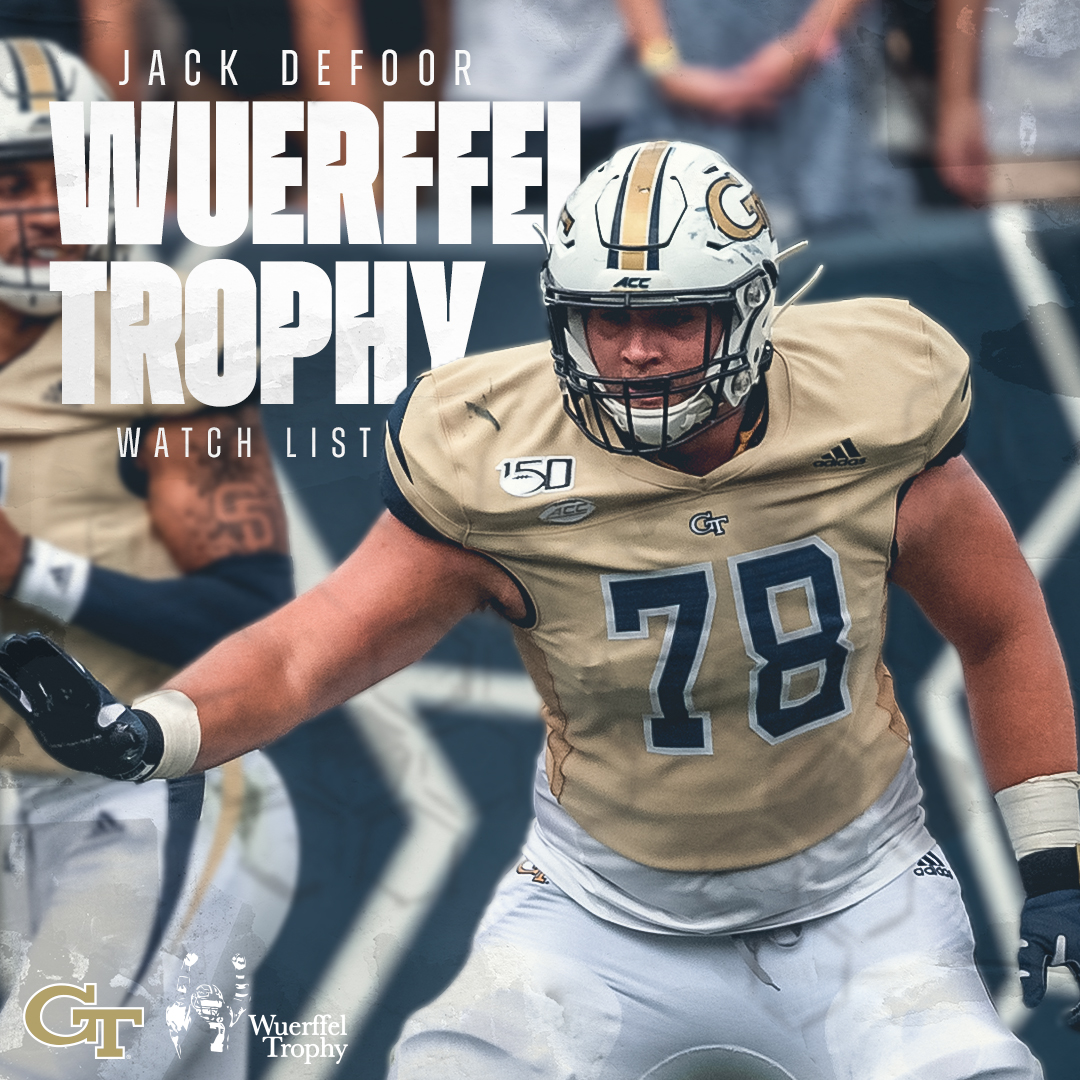 On the field, DeFoor was an honorable mention all-Atlantic Coast Conference selection as a junior and has been tabbed preseason all-ACC by Athlon, Lindy’s and Phil Steele this summer.

Off the field, DeFoor is a leader among Georgia Tech student-athletes when it comes to community service. Most notably, he serves as president of Georgia Tech’s chapter of Uplifting Athletes, a non-profit organization dedicated to raising awareness for rare diseases. In that role, he orchestrated the chapter’s 2020 fundraiser, which had to be completely reimagined from previous years due to the ongoing Covid-19 pandemic. He is also a participant in Georgia Tech football’s visits to Atlanta’s Ronald McDonald House.

DeFoor and the Yellow Jackets are scheduled to open the 2020 season on Thursday, Sept. 3 with a primetime matchup versus defending national finalist Clemson at Bobby Dodd Stadium. 2020 Georgia Tech football season tickets are on sale now. The Yellow Jackets’ seven-game home schedule is one of the best in program history, featuring matchups at Bobby Dodd Stadium versus Clemson, Miami, Virginia and UCF, as well as the inaugural “Mayhem at MBS” showdown against Notre Dame at Mercedes-Benz Stadium on Nov. 14. Season tickets start at just $229 and include the Mayhem at MBS contest versus Notre Dame. For more information and to purchase tickets online, visit ramblinwreck.com/footballtickets.