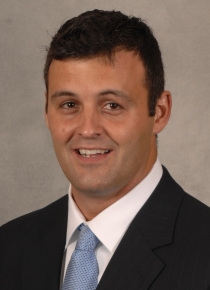 In his 20th year as an assistant player development coach at Georgia Tech, Steve Tamborra oversees the highly-touted strength and conditioning program for the Georgia Tech baseball team.

Since his arrival more than a decade ago, Tamborra has been responsible for the development and implementation of strength training regimes of many student-athletes that have gone on to play professional baseball, with several of those athletes returning to Georgia Tech during their offseason to continue training with him.

Tamborra joined the Tech staff in November 1999, after five years in a similar capacity at Florida State where he worked with the baseball, softball and football teams from 1995-99.

Tamborra is married to the former Stacy Venable, a pitcher for the Florida State softball team from 1997-99. They have two daughters, Malayna and Payton, and a son, Austin. Payton and Austin are twins.