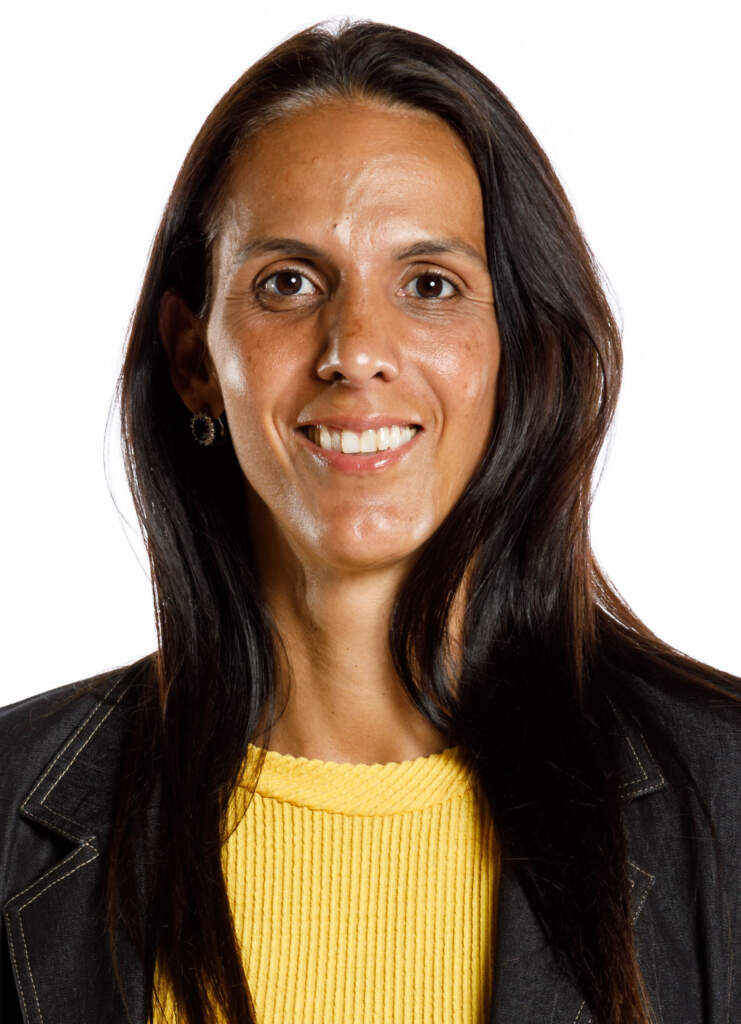 Michelle Collier just completed her sixth year as head coach of the Georgia Tech volleyball team. She was named the eighth head volleyball coach at Georgia Tech in March 2014.

Collier was named ACC Coach of the Year and AVCA Region Coach of the Year in 2019 for leading the Jackets to its first NIVC Championship and second-place finish in the ACC after a 11th-place projected finish in preseason. It marked the Jackets’ highest finish in conference play since 2004 when they went undefeated to claim the regular season title. The Yellow Jackets finished the regular season with a 21-8 record, its first 20-win season since 2016 when the Jackets went 24-8. Collier is only the third Georgia Tech head coach to earn the honor.

In her second season at the helm of the Yellow Jackets’ program in 2016, Collier coached the Jackets to their best record since 2012 (18-14 overall and 9-11 in ACC play). During the season, the program eclipsed 700 wins overall and finished the year with a total of 641 at the Division I level with key road victories at Virginia Tech and Clemson, and a sweep of Duke at home.

In 2014, Collier led the Yellow Jackets to improvements of more than 100 kills than the 2013 team and posted a better hitting percentage (.216 to .182) overall for the year. In addition, the team finished better in almost every statistical category from the previous season.

Collier was named the 2013 Atlantic Sun Conference Coach of the Year after leading Jacksonville to an NCAA Tournament appearance.

In just two years at Jacksonville, Collier helped develop the Dolphins into the A-Sun’s dominant program. In her final season at Jacksonville in 2013, the Dolphins posted a 30-4 overall record and earned the school’s first NCAA Tournament appearance since 2004.

Collier coached both the sand volleyball and indoor volleyball programs at Jacksonville in 2012 and 2013. During her time at JU, the Dolphins improved their RPI by more than 50 combined points and enjoyed their highest ranking in nearly a decade. Her 2013 team swept the Atlantic Sun Conference regular season and tournament championships and her players dominated the league’s individual postseason awards.

Prior to her tenure at Jacksonville, Collier served two seasons (July, 2010-February, 2012) as an assistant coach at South Carolina, including a three-month stint as the Gamecocks’ temporary head coach. In 2011, Collier helped the Gamecocks to a seven-win improvement which ranked as the second-best jump in school history. The Gamecocks improved in nearly every category, including posting a hitting percentage 45 points better than the previous year in 2010.

Before working at South Carolina, Collier spent two seasons as an assistant at South Florida, where she was responsible for the outside hitters and headed up international recruiting. She helped the Bulls to finishes in the top half of the Big East Conference each year, while raising their RPI by 100 points.

As a student-athlete at USF, Collier ranks among the greatest collegiate volleyball players of all-time. She ranks fifth in NCAA Division I history with 2,729 career kills and ranks in the Bulls’ top-10 in numerous career and single-season categories. She holds the top spot in USF history in two career categories (kills and digs, 1,747) and set three single-season marks during the 2000 season. After coming back from an injury that sidelined her in 1999, Collier compiled 760 kills, 1,873 attacks and 6.28 kills per set.

A two-time Conference USA Player of the Year and a 2002 all-American, she claimed the league’s Player of the Decade award in 2004. She also earned the C-USA Freshman of the Year award in 1998 and led USF to three of the program’s seven NCAA Tournament appearances. USF went 120-48 during her three years, claiming two C-USA titles and one C-USA tournament crown during her four-year career. Collier is the only volleyball player in USF history to have her jersey retired. She joined the USF Hall of Fame in 2011, the first Bulls volleyball player to earn that honor.

Before coaching, Collier played professional volleyball for four years in a global tour that took her to Cyprus, Indonesia, Puerto Rico, Spain and The Netherlands. Among the many accolades that she accumulated include the Indonesian League MVP and Cyprus’ Best Foreign Player.

Fluent in English, Spanish and Portuguese, Collier graduated from USF in 2002 with a bachelor’s degree in web design and international relations.

Collier is married to Rafael Silva, who played volleyball for nine years in the top divisions of both Brazil and Spain. The couple has one daughter, Tais, and one son, Rafael.