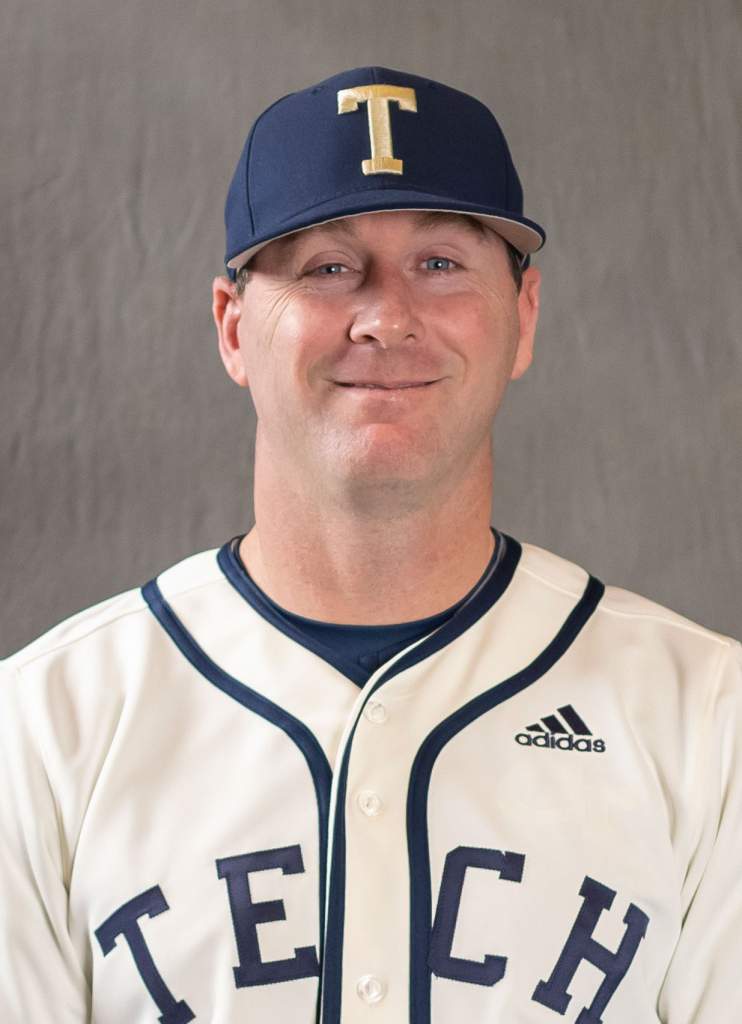 After a highly successful collegiate career and five-year professional playing career in the Boston Red Sox organization, Jason Howell enters his 15th year as a pitching coach and seventh season at Georgia Tech. In his six years as the leader of the Yellow Jackets’ pitching coach, eight arms have have been drafted as he’s developed Tech’s bullpen into one of the best in the country. Under Howell’s tutelage, multiple pitchers have earned all-America and all-conference awards and appeared on National Pitcher of the Year watch lists. In 2017, Howell added recruiting coordinator to his title, spearheading Georgia Tech’s recruiting efforts. During his tenure, Tech’s recruiting classes have been consistently ranked in the top-25, including most recently in 2018 when the Jackets were ranked No. 9 overall.

Howell’s coaching career also includes stops as an assistant coach with the Southern Ohio Copperheads, North Carolina and UNC Wilmington. He and his wife, Meredith, have three children: Lena, Lillian and Hunt.

FULL BIO:
Jason Howell is in his seventh season on The Flats having joined the Georgia Tech staff in July 2012. He came to The Flats as the pitching coach following a successful five-year run in a similar position at UNC Wilmington.

During his time at Tech, the Yellow Jackets have consistently had recruiting classes ranked in the top-25 by Perfect Game, DIBaseball and Baseball America, including the most recent 2017 signing class which was ranked No. 10 overall nationally by Perfect Game.

The highly regarded Howell, who played and coached at the University of North Carolina and pitched for five years professionally, developed one of the Colonial Athletic Association’s (CAA) leading staffs at UNCW. The Seahawks reached the NCAA Regionals in 2012 for the first time since 2008.

In his first season on The Flats in 2013, he guided Farmer to first-team all-ACC honors as the senior righty went 9-5 with a 2.78 ERA. Farmer, who was second in the ACC with 122 strikeouts, was drafted in the fifth round by the Detroit Tigers. Howell also oversaw the development of freshman lefty Jonathan King, who worked his way from a reliever, to a midweek starter and then to a weekend starter over the course of the season. King finished with a 4.04 ERA and a 6-5 record. Sophomore Josh Heddinger also made great strides under Howell’s leadership and would record one of the greatest postseason pitching performances in Tech history with his complete game, two-hit shutout of No. 2 Vanderbilt in the NCAA Nashville Regional.

In the 2014 campaign, the Yellow Jackets shaved one run off the team ERA from the previous season, finishing with a 3.35 ERA — Tech’s lowest since 2011 and the second-lowest since 1993. Howell was forced to shuffle the rotation after early, season-ending injuries to weekend starters King and Cole Pitts. Yet redshirt junior lefty Devin Stanton flourished on the weekend (5-3, 2.24 ERA) and rookie Ben Parr emerged as a dominant midweek starter (5-4, 2.62 ERA).

In 2015, Ryan posted a stellar 9-1 record overall with seven saves in 28 appearances out of the bullpen for Coach Howell’s staff, while Gold, an all-ACC selection, led the Tech starters with a 7-3 record in a 3.26 ERA on the season. King led the Jackets and ranked 10th in the ACC in innings pitched at 92.0, as he made a team-high 15 starts on the mound.

The 2016 season saw a number of starters and pitchers transitioned into new roles, as the Jackets turned in a team ERA of 4.73 on the season. There were a number of bright spots for the year, as Gorst was recognized as an all-ACC and a second-team all-American performer as he went 2-1 with 12 saves and an ERA of 0.55. Gold posted a 9-3 record overall with a 2.48 ERA, while out of the pen Parr went 7-1 in 25 appearances. Walk-on Bailey Combs had a strong season on the mound, as he made 11 appearances and posted an ERA under 1.00 at 0.64 for the year.

The Jackets had eight different arms make at least one start on the year in 2017, which included a team-high 15 starts from freshman Xzavion Curry, six starts from newcomer Jay Shadday and one start by first-year Jacket Connor Thomas. Ryan led the team with five saves out of the bullpen, while Jared Datoc turned in an ERA of 3.77 with six wins, two saves and a total of 32 appearances for the Jackets. Curry matched Datoc with a team-high six wins, while sophomore Jake Lee added four wins on the season, including a complete game win over Duke on May 14. Overall Howell had six different true freshmen pitch on the season and a total of 13 underclassmen appear in multiple games on the mound.

Before accepting the Georgia Tech position, Howell’s UNC Wilmington pitching staff ranked 67th nationally (second in the CAA) in 2012, boasting a team ERA of 3.61 and shaving nearly two runs per game off its ERA from the previous season. Senior right-handed starter Tyler McSwain (3.18 ERA) and junior left-handed starter Mat Batts (3.04 ERA) keyed the staff’s rise in 2012, as both were named all-CAA performers. McSwain, a first-team pick, broke the CAA’s all-time record for wins in conference play with 17. Four key relievers posted ERAs of less than 3.00.

In 2010, under the direction of Howell, UNCW returned to the top of the CAA, leading the 11-team circuit in ERA (4.58), strikeouts (479) and opponent’s batting average (.265). The Seahawks ranked 42nd nationally in ERA and were ninth in hits allowed per game, allowing nine per nine innings.

Cameron Roth, who would be drafted by the Baltimore Orioles, finished fifth in the conference with a 2.98 ERA while McSwain was ninth with a 4.02 mark. Joining Roth as draft selections were Stephen Harrold (12th round, San Francisco) and Seth Frankoff (27th round, Oakland).

In his first season at UNCW, Howell made an immediate impact on the staff as UNCW topped the CAA in earned run average. Brad Holt and Jeff Hatcher earned first-team all-CAA honors while Harrold and Roth were named all-Americans in addition to their CAA all-freshman honors. In conference play, Seahawk pitchers compiled a league-leading 3.84 ERA and held opponents to a league-best .255 batting average. Holt, who also earned three all-America honors, was the 33rd pick overall in the Major League Baseball draft after leading the conference with 11 wins and ranking second with a 3.18 ERA.

Prior to joining the UNC coaching staff, Howell began his coaching career as a pitching coach for the Southern Ohio Copperheads of the Great Lakes League, a summer collegiate league, in 2005.

Before getting into coaching, Howell was a member of the Boston Red Sox farm system for five seasons before retiring from professional baseball in 2005. He compiled a 28-14 mark, collected 23 saves and recorded a 3.86 ERA with the Red Sox. In 2002, he paced Boston’s minor league circuit with 17 saves for Augusta and later topped the organization in 2003 when he made 48 appearances for Sarasota of the Florida State League.

He played three seasons at Appalachian State before concluding his collegiate career at UNC, where he earned a bachelor’s degree in 2002. He also graduated from UNC in 2008 with a master’s degree.

In 2001, he earned second-team all-ACC honors after both pitching and playing in the field for the Tar Heels. On the mound, Howell went 6-2 with four saves and was also second on the team with a .350 batting average with 13 doubles and 29 runs batted in. For his efforts, Howell earned the S.H. Basnight Award as the Tar Heels’ Most Valuable Pitcher.