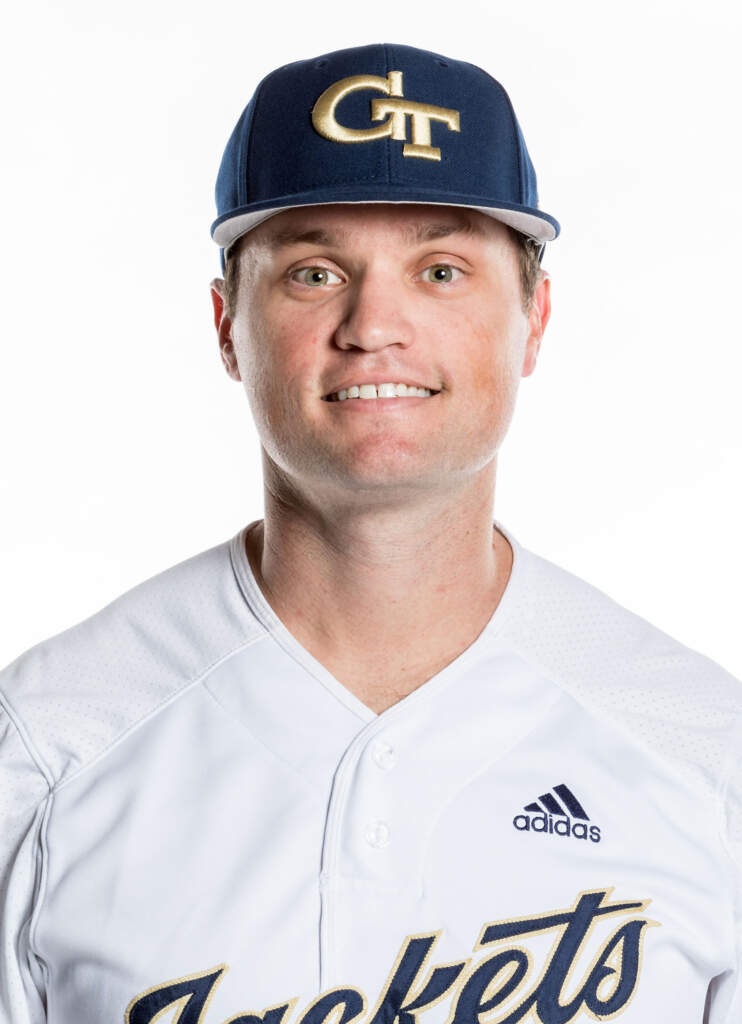 James Ramsey enters his second year on the Georgia Tech coaching staff looking to only elevate the highly successful Year One on the Flats that saw Tech lead the ACC in hitting (.297), finish second in run production (464) and earn the No. 3 National Seed in the NCAA Tournament. Ramsey joins the Yellow Jackets after being one of the best to ever don the Garnet and Gold at Florida State, winning ABCA Player of the Year and ACC Player of the Year honors, in addition to being named an All-American, and getting selected in the first round of the MLB Draft by the St. Louis Cardinals. From there, Ramsey went on to have a fine professional career with several teams, including helping the Columbus Clippers to a AAA International League Championship in 2015. Ramsey coaches the Yellow Jackets’ outfielders and is the team’s hitting coach, working on both team and individual hitting philosophies. He is also in charge of integrating technology and analytics into player development and evaluation. An Atlanta native, Ramsey lives in the city with his wife, Grace.

FULL BIO:
Former ACC Player of the Year, All-American and MLB first-rounder James Ramsey was announced as the assistant baseball coach/hitting at Georgia Tech on Feb. 7, 2019.

In just Ramsey’s first year at the helm of the Yellow Jackets’ hitters, Georgia Tech led the ACC in hitting (.297) and finished second in run production (464), hits (702), slugging (.462), and finished third in home runs (418) and walks (356). Tech blasted back on the national scene in 2019, winning 43 games, a program-record 10-straight series and nine-straight Atlantic Coast Conference series, and capped it by being named the No. 3 National Seed and the host of the 2019 NCAA Atlanta Regional. Under Ramsey’s tutelage, consensus all-American Tristin English dominated the plate in ACC play, slashing .381/.462/.825 for 32 runs, 37 RBI and 11 homers. Just in the postseason, English hit .500 for 16 hits, five doubles, three home runs and 14 RBI.

Ramsey’s approach to hitting resonated immediately with the Yellow Jacket hitters as he preached patience, strategy and process to the offense. The buy-in paid dividends as seven players hit better than .299, including designated hitter Michael Guldberg, who led the team at .355 and catcher Kyle McCann, who launched 23 home runs for 70 RBI. The two biggest benefactors to Ramsey’s approach were Baron Radcliff and Nick Wilhite, who became monumental pieces to the lineup by raising their averages 77 and 156 points, respectively, from 2018.

Joining the Seminoles in August 2018, Ramsey coached the outfielders and assisted with individual and team hitting approaches. In addition to coaching first base, he also began the process of integrating technology into player evaluation and development. Off the field, Ramsey coordinated community service and character development efforts for the team, as the Noles accumulated 200 hours volunteering this fall.

Prior to beginning his coaching career, Ramsey was a standout outfielder at Florida State and was a first-round MLB draft pick in 2012 by the St. Louis Cardinals. In seven seasons playing with the minor league affiliates of the Cardinals, Cleveland Indians, Los Angeles Dodgers, Seattle Mariners and Minnesota Twins, Ramsey totaled 502 hits, 105 extra-base hits, 59 home runs and 219 RBI for his career.

In addition to making the All-Star MLB Futures Game in 2014, Ramsey then went on to help lead the Columbus Clippers to the 2015 AAA International League Championship.

Ramsey finished his collegiate career (2009-12) as one of the best to don the Garnet and Gold. He was the 2012 ABCA Player of the Year and the ninth consensus All-American in Florida State history, earning first-team recognition from the ABCA, Baseball America, NCBWA, Louisville Slugger and Perfect Game. A team captain in 2012, Ramsey was named the 2012 ACC Player of the Year en route to capping his college career with a fourth-consecutive ACC Atlantic Division title, a pair of victories at the College World Series and No. 4 national ranking.

Ramsey was named to the D1Baseball‘s All-Decade Team for 2020 in the outfield for being a “a well rounded player who hit for average and power, posted three straight double-digit stolen base campaigns, played quality defense, and provided memorable leadership as the heart and soul of FSU’s 2012 Omaha team.”

Ramsey graduated with a degree in finance in 2012 after earning three Golden Torch Awards – given to the Florida State student-athlete with the highest GPA on their respective team.

Ramsey and his wife, Grace, were married in 2016, and welcomed their first child, Brogan, in October 2019. Grace was a cheerleading captain at Georgia Tech, graduating with a business degree in 2012.