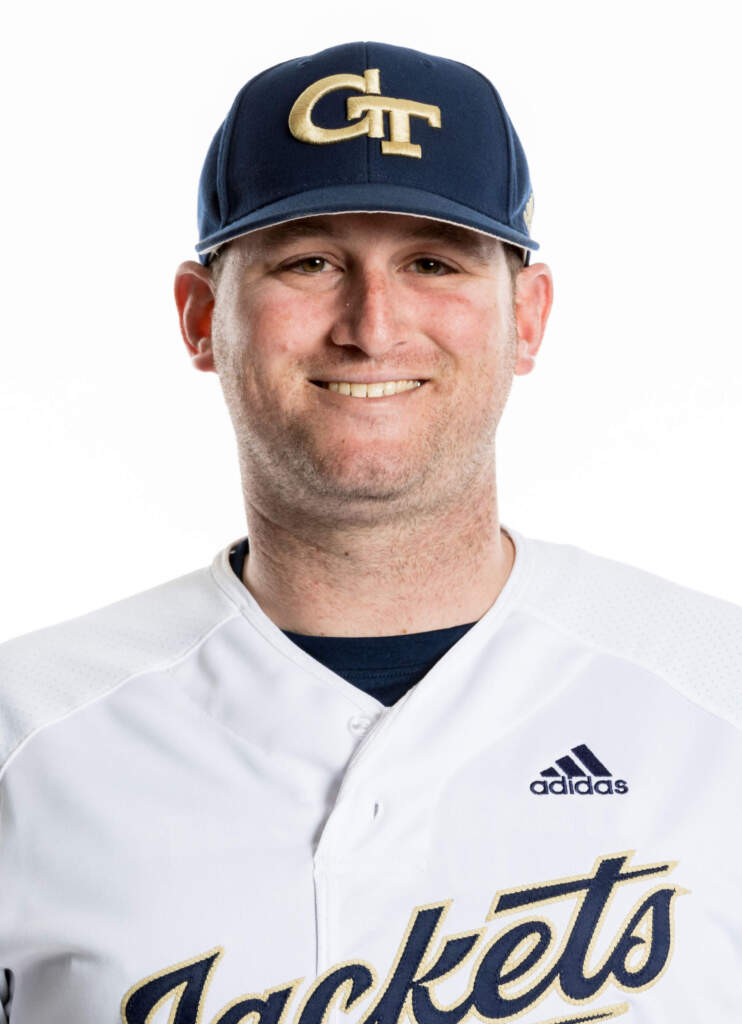 Jaffe joined the Yellow Jackets after more than six years on the scouting trail and as an elite catching instructor across the country and made an immediate impact behind the plate. Tech blasted back on the national scene in 2019, winning 43 games, a program-record 10-straight series and nine-straight Atlantic Coast Conference series, and capped it by being named the No. 3 National Seed and the host of the 2019 NCAA Atlanta Regional. Under Jaffe’s tutelage, Georgia Tech continued to be “Catcher U” as Kyle McCann transformed into one of the top catchers in the country and a finalist for the Johnny Bench/Buster Posey Award in 2019. McCann started hot and stayed hot at the plate, hitting .299 for 66 hits, 12 doubles, a whopping 23 home runs and 70 RBI. Had pitchers continued to pitch to McCann – he finished with the third-most walks in the ACC (62) – he would’ve etched his name further in the Georgia Tech annals. McCann was selected in the fourth round of the 2019 MLB Draft by the Oakland A’s.

“I’m very excited to have Dan Jaffe here on our staff,” head coach Danny Hall said. “One of the things I’ve always prided ourselves on here at Georgia Tech is we’ve always had somebody on our staff who has caught and can coach catchers. The timing of this, trying to find the best catching guy in December and January, is not easy. So to get a guy who has a lot of knowledge on catching, that has a lot of energy and is really excited about being here was a best-case scenario for us. We look forward to getting him in here to work with our catchers.”

Prior to The Flats, Jaffe worked as an associate scout for the San Diego Padres, working in the Las Vegas/Henderson area. He also evaluated top collegiate players in the Cape Cod League, where he worked with the Yarmouth-Dennis Red Sox as the catching coach, leading the instruction of catchers from across the country and creating all scouting reports.

“Coaching at the Division I level has been a dream of mine forever and getting to take my first step into this level at a prolific and nationally recognized program like Georgia Tech makes it all the more special,” Jaffe said. “This is the chance that I have always been chasing, and I am looking forward to embracing this challenge and helping get Georgia Tech back to the promise land where we belong.”

A Las Vegas native, Jaffe began his college baseball career in the Big East Conference at Villanova before transferring to be a co-captain of College of Southern Nevada as a sophomore and then a two-year captain at Pacific University.

He graduated from Pacific in 2014 with a bachelor’s of science degree in politics and government before earning his master’s in sports management from Texas A&M in 2015.