THE FLATS – Senior Djimon Brooks (Sandersville, Ga./Washington County) was named a nominee for the 2020 Burlsworth Trophy, it was announced Tuesday.

Named in honor of former Arkansas All-American offensive lineman Brandon Burlsworth, the Burlsworth Trophy is given to the most outstanding football player in NCAA Division I FBS who began his career as a walk-on and has shown outstanding performance on the field. 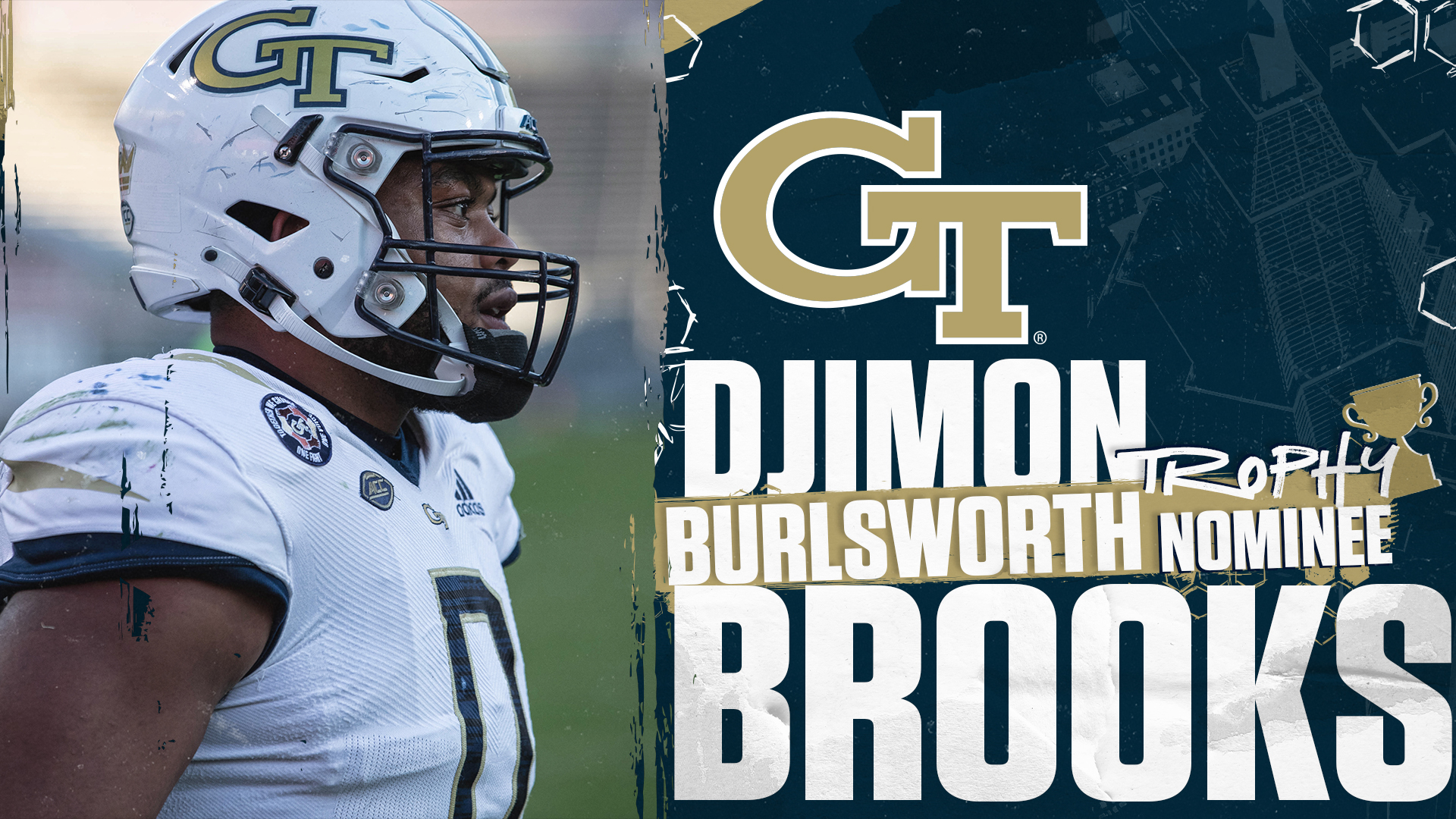 En route to becoming one of Georgia Tech’s most respected student-athletes, Brooks came to The Flats as a true walk-on, trying out for the football team when school started in 2016 after not earning any Division I scholarship offers or even having a recruiting profile from any of college football’s prominent recruiting services.

After appearing in just one game over his first three seasons at Tech, the Sandersville, Ga. native broke through as a junior in 2019 under then-first-year head coach Geoff Collins. Brooks made four starts in 12 games at defensive tackle in 2019 and finished second among D-Linemen in tackles with 12. Brooks earned a scholarship ahead of his senior campaign and has continued to prove a team leader, playing in all nine games with eight starts and being named a team captain four times this season.

The first player in Georgia Tech history to wear No. 0 – a coveted single-digit number reserved for team leaders by Collins, as well as a tribute to the number of Division I offers he received out of high school – Brooks is once again second among Tech defensive linemen with 24 tackles, three tackles for loss and a sack through nine games this year.

Georgia Tech football returns for its final home game on Thursday, Dec. 10 when it hosts Pitt for Senior Day. Kickoff is set for 7 p.m. and will be broadcast live on RSN.