Behind the Banner - "Hello Al"

Georgia Tech has lost a legend,” said Tech director of athletics Dave Braine upon Ciraldo’s death on Nov. 7, 1997 at
the age of 76. “He was a legend in Georgia Tech athletics, just like Bobby Dodd.”

Ciraldo had retired from Tech’s broadcast team earlier that year, completing an on-air career that began in 1935 as play-by-play voice for the minor-league baseball Akron Yankees and spanned 62 years, the last 43 of them with Georgia Tech.

For 43 seasons, legendary radio voice Al Ciraldo made expressions like “Brothers and Sisters” and “the clock ticks” as much a part of Georgia Tech basketball as Buzz and Bobby Cremins. He was so beloved by Tech’s student body that when Ciraldo would take his seat at his courtside broadcast position at basketball games each night, they would greet him in unison, “Hello Al!”

Ciraldo served as a color analyst in football to Jack Hurst in the late ’50s and ’60s and then took over as lead broadcaster when Hurst left that post. Ciraldo coined the phrase “Toe meets leather,” with which he led off every football game. Assisting Ciraldo on football broadcasts from 1974 to 2003 was former Tech quarterback Kim King, whom Ciraldo fondly introduced every week as “the young left-hander from Atlanta’s own Brown High School.” King’s book, “Tales from the Georgia Tech Sideline,” has a collection of anecdotes and stories about Ciraldo.

It was in basketball, however, that Ciraldo most notably left his mark. As Tech basketball reached national prominence in the mid-80’s under Bobby Cremins, Ciraldo – splitting play-by-play and analyst duties with Brad Nessler – came to the attention of a new generation of sports fans in the southeast. Ciraldo popularized a term that Nessler coined – “Thrillerdome” – to describe the Tech’s home court, Alexander Memorial Coliseum, which was the site of many close games in Tech’s early ACC years.

Ciraldo’s baritone voice and many signature phrases were quite memorable. He often described free throws that hung on the rim before falling in as having “a lot of iron, but good” (pronounced, staccato style, as ‘gut’) or by saying “rolls around” – dramatic pause – “and in.” Close games were “barnburners,” as in “We got a real barnburner here tonight.” He popularized the use of the terms “snowbird” and “bunny” for lay-ups in the 1950s and 60s, though many of those fans at the games with radios were surprised to see that some shots so described were heavily contested by defenders and anything but easy. A ballcarrier that straddled the sideline during a run would “tight rope the sideline,” A sellout crowd before game time was described as “over Tech’s capacity crowd filing through the turnstiles”. 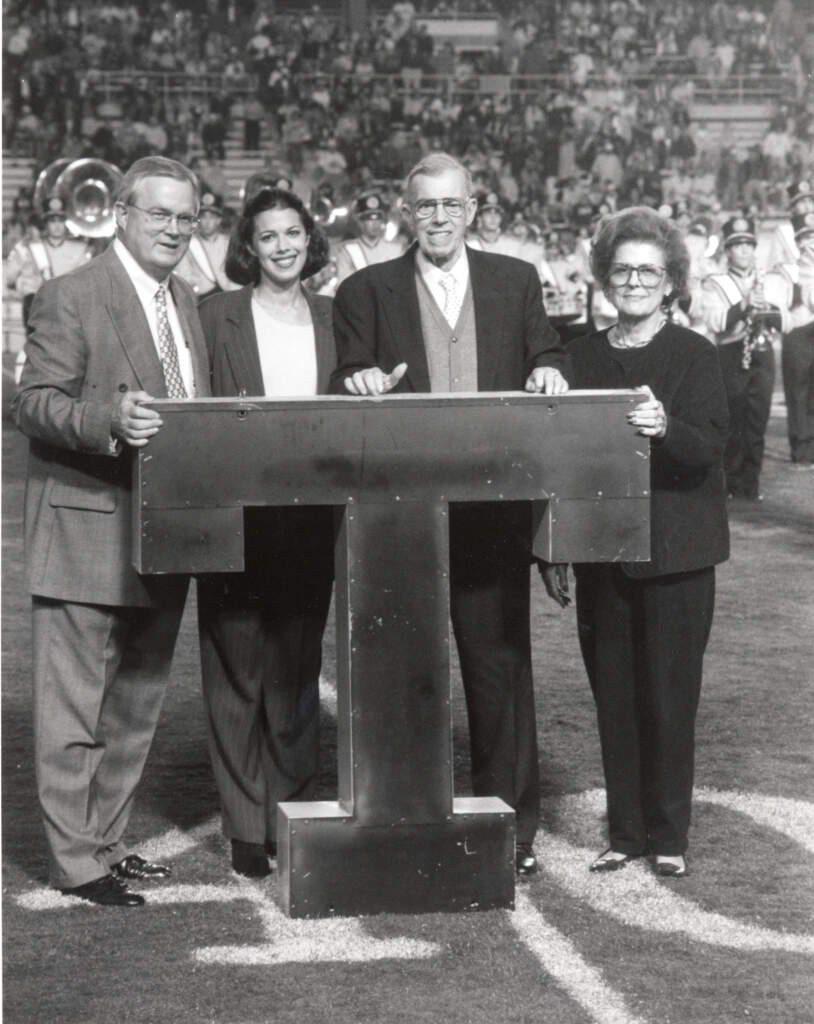 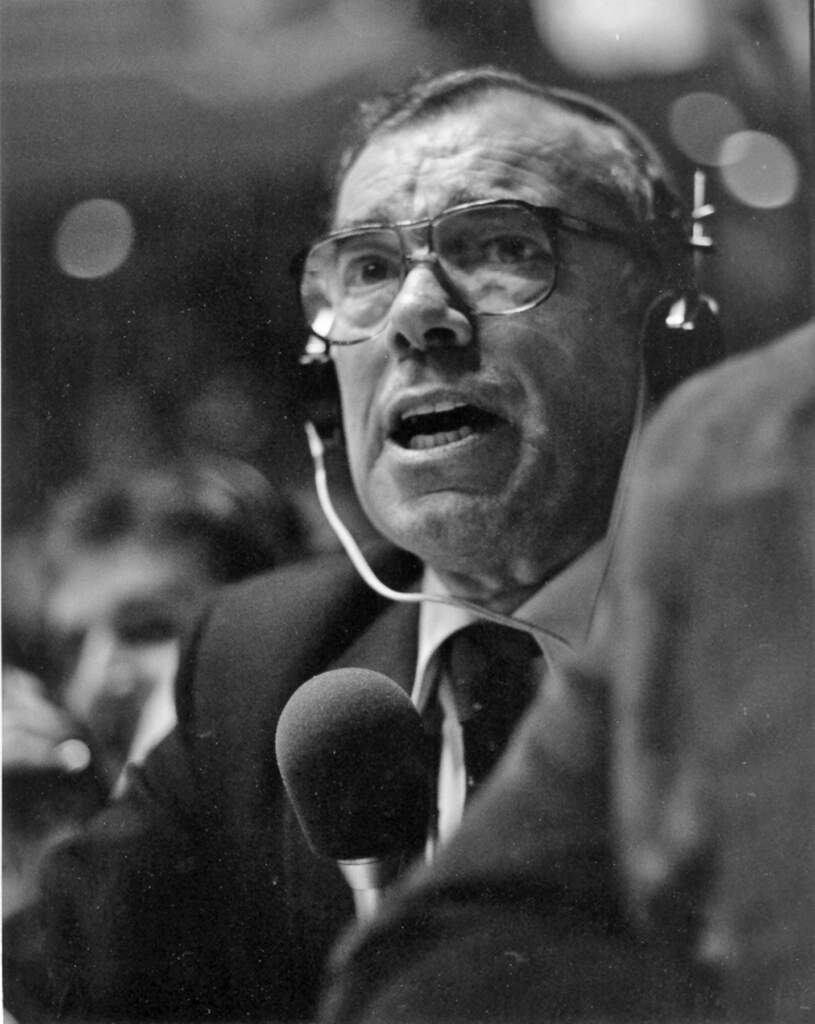 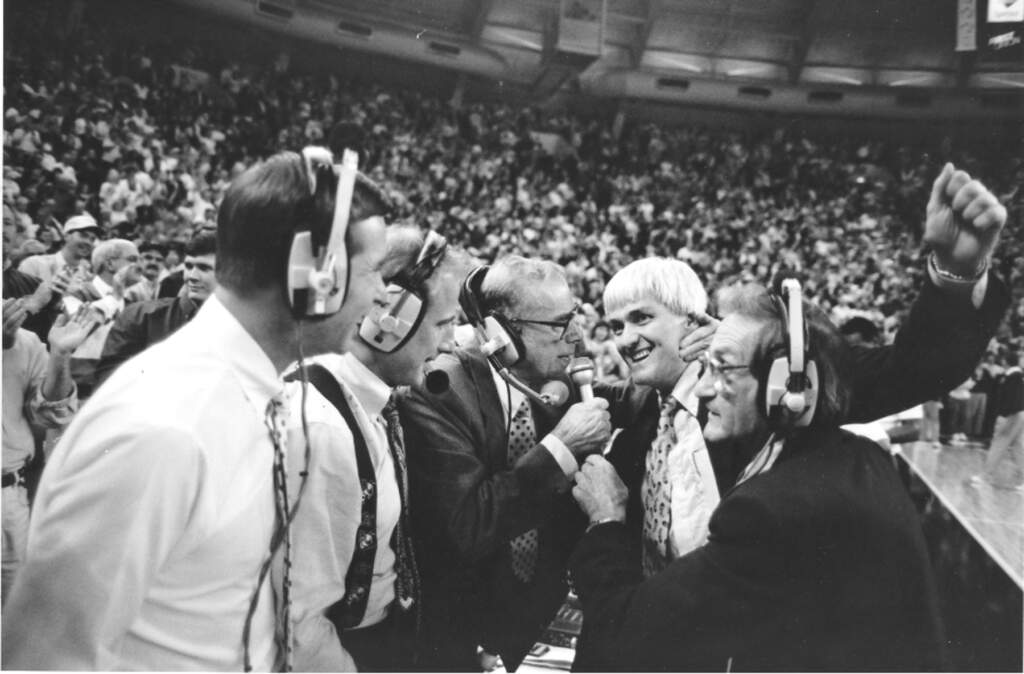 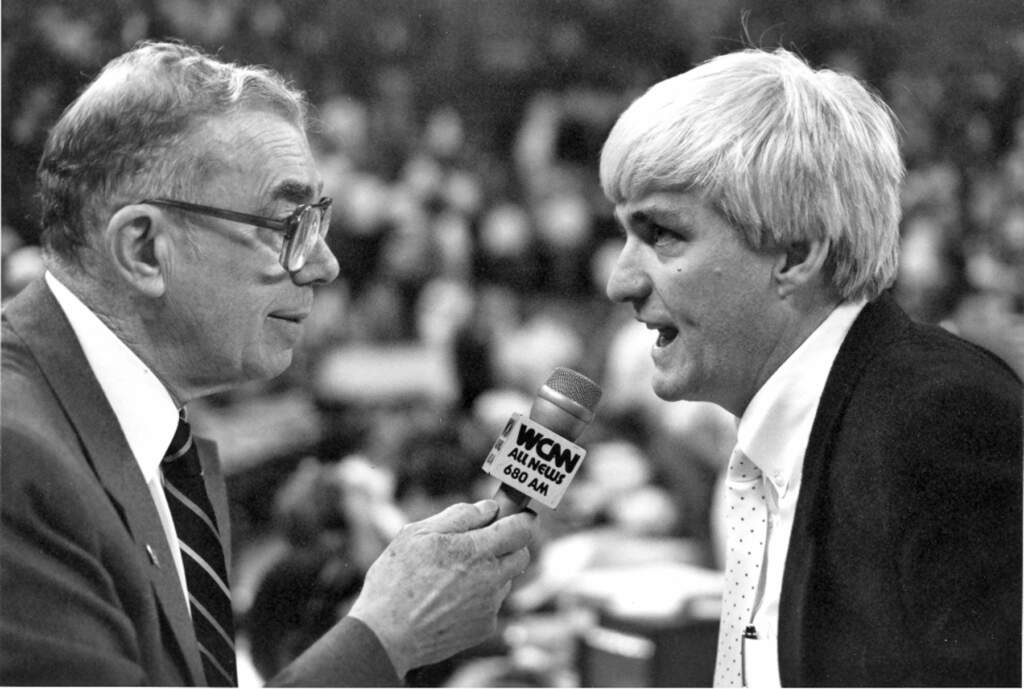 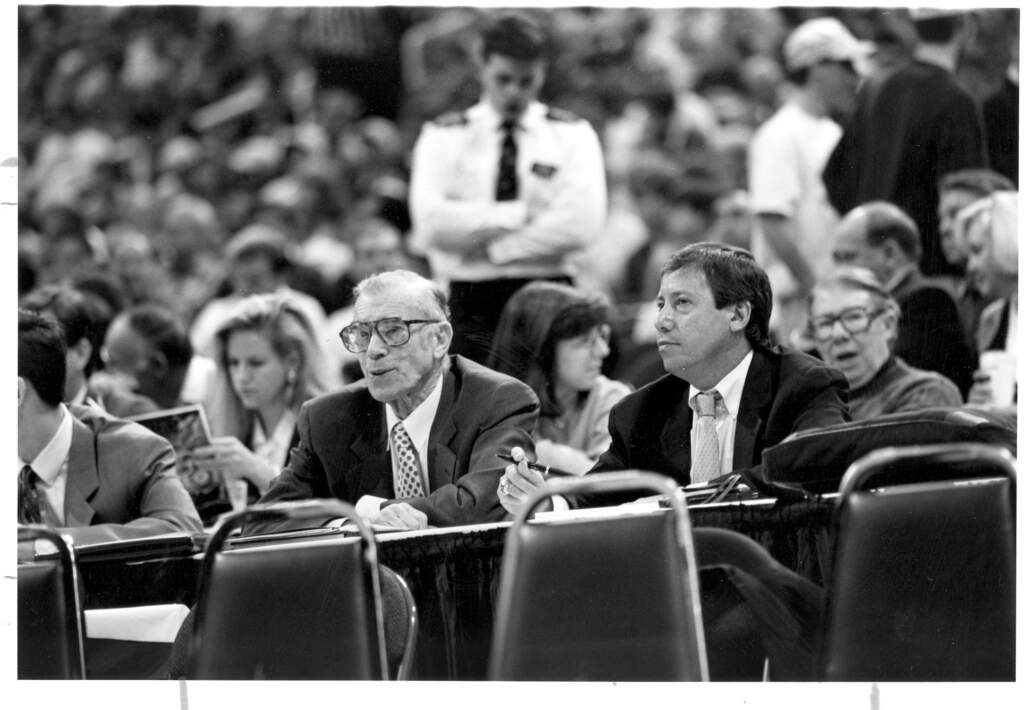 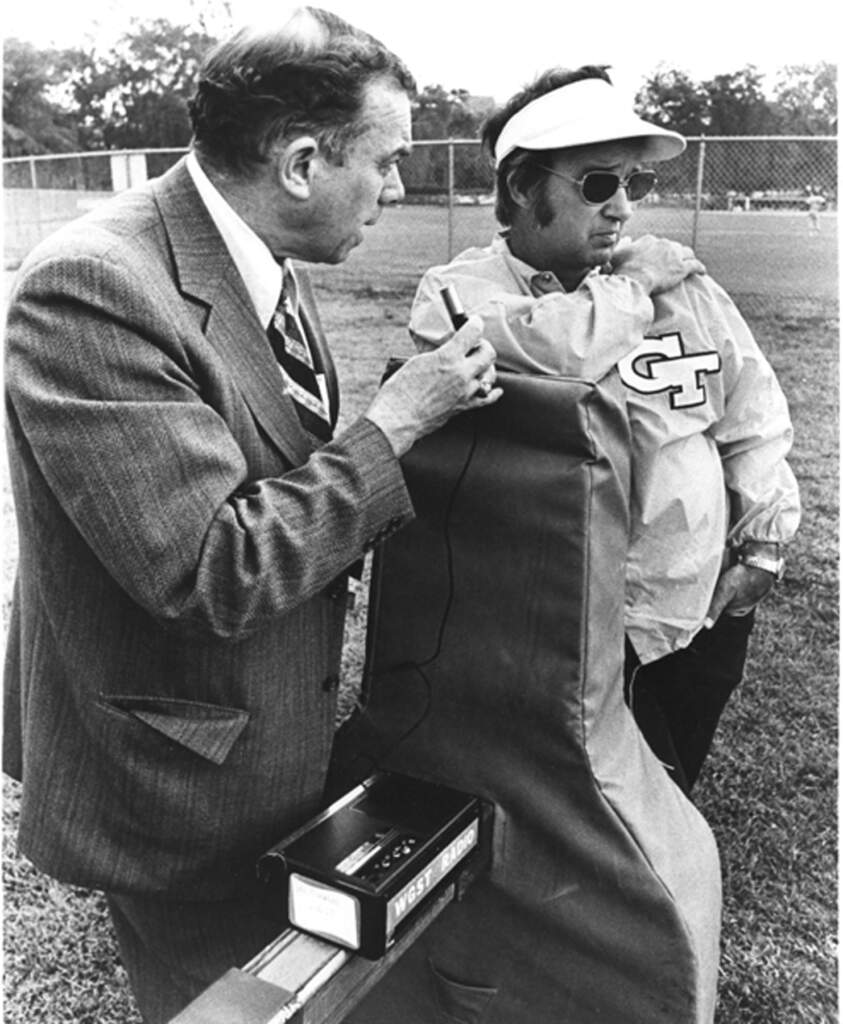 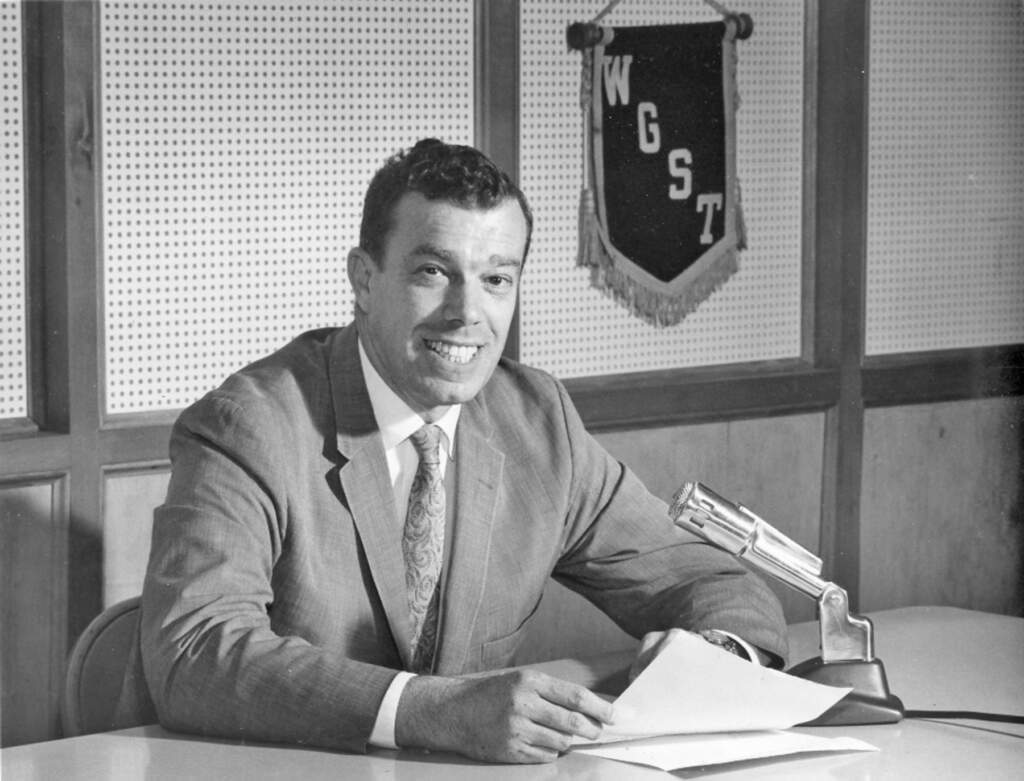 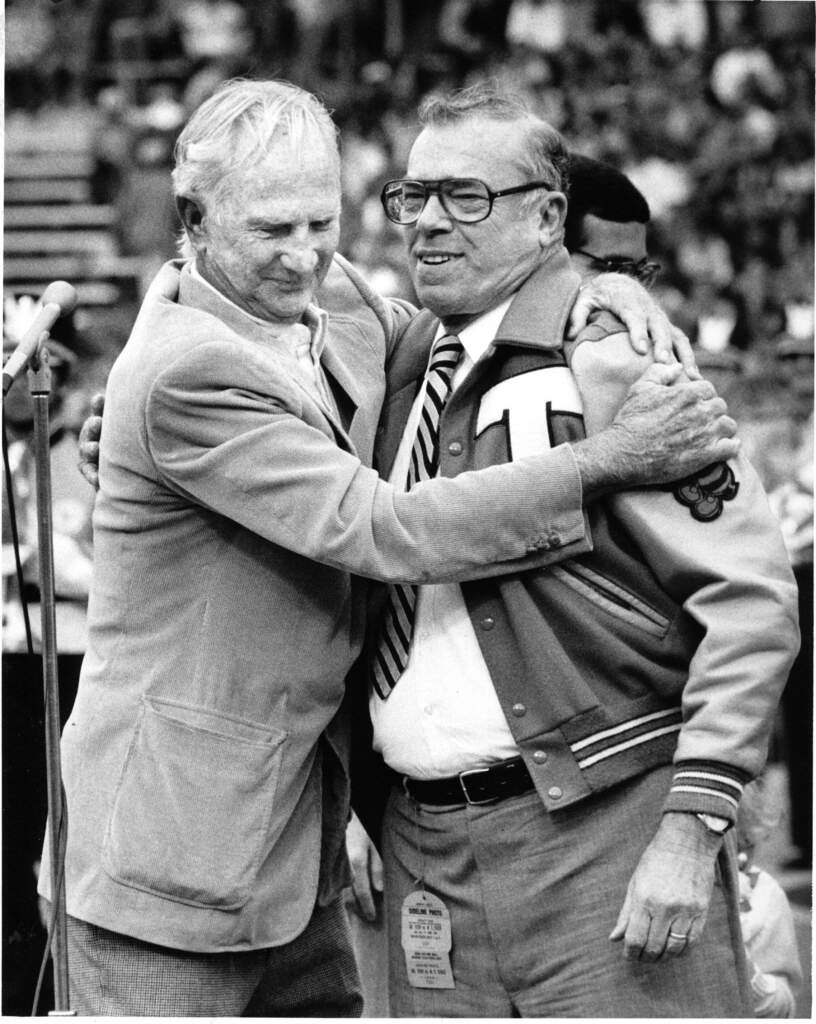 In 1984, Ciraldo moved with Tech from WGST to WCNN, which still holds the rights to the Yellow Jackets’ radio broadcasts today.

“Everyone knows how much Al Ciraldo meant to Georgia Tech,” said head basketball coach Bobby Cremins. “But he meant so much to Bobby Cremins as well. As far as I’m concerned, he’s a legend and a part of Georgia Tech that can never be replaced. The Al Ciraldos of his time only come around once in a lifetime.”

Dr. Homer Rice, who retired in 1997 after 17 years as Tech’s director of athletics, said of Ciraldo, “His deep-seated love for Georgia Tech was matched only by the affection of Georgia Tech and its fans, friends and alumni towards him.”

The late Tech quarterback Kim King, Ciraldo’s longest radio partner as the two teamed on Tech football for 17 years, said “It will be hard to imagine Georgia Tech without Al Ciraldo in the radio booth. But I admired him more than as just a radio announcer. He was a unique individual who stood for old-fashioned values and virtues you don’t see a lot of these days.”

Thad Horton was his first partner in 1954, and during the 1960s, Pat Williams, who later became the general manager of the Orlando Magic, worked with Ciraldo for two seasons.

The Al Ciraldo Fund was established to benefit athletic and non-athletic scholarships at Georgia Tech, as well as the Carlyle Fraser Heart Center at Crawford Long Hospital.