The Yellow Jackets were dominant at home defeating the Panthers, 73-57. Jose Alvarado scored 23 points to go along with 9 rebounds and 5 assists.

#BestofGT (March 4, 2020) – Jose Alvarado scored a game-high 23 points and Georgia Tech men’s basketball sent seniors James Banks and Shembari Phillips out with a 73-57 Senior Night victory over visiting Pitt at McCamish Pavilion. With the triumph, Georgia Tech (16-14, 10-9 ACC) clinched its first .500 record in Atlantic Coast Conference play in 13 years (2006-07) and reached double-digit ACC wins for the for the first time since it won the regular-season conference championship with a 13-3 league mark in 1995-96.

Note of the game: Thirteen of Alvarado’s 23 points came after the break, as Georgia Tech stretched its nine-point halftime advantage (30-21) to as many as 21 points. In addition to the 23 points, Alvarado pulled down nine rebounds, falling just one board short of a second-career double-double. With his first basket of the game, he reached the 1,000-point milestone for his career. 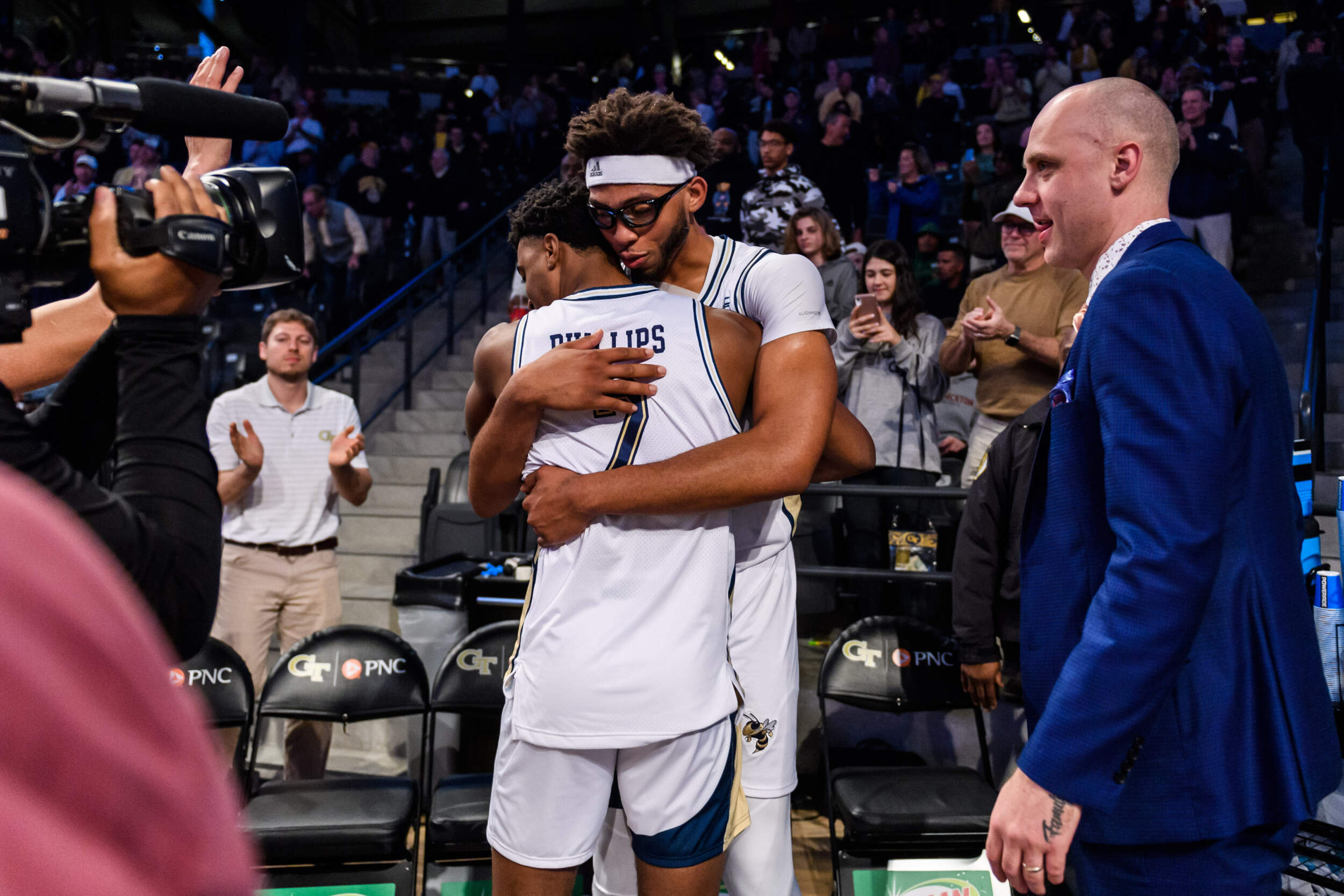