The latest in a line of Georgia Tech recruits from the New York area, Khalid Moore was the first scholarship player from Archbishop Molloy High School to enroll at Tech since Kenny Anderson in 1989. A versatile player recruited to play small forward, he can guard other positions with his lengthy, athletic (7-foot, 0.5-inch wingspan) body and basketball IQ. He does a lot of things that don’t show up in the box score, is good passer, moves well without the ball, keeps Tech offense moving, and his length and activity is an asset on defense. Moore played on the same AAU team (New York Rens) as teammate Jose Alvarado. The second-youngest of five children, Moore is studying business administration.

Moore has been a key contributor as a starter and a reserve through his two seasons as a Yellow Jacket, and ranked No. 5 in assists and steals last season while averaging more than 10 minutes a game and starting 12 times. 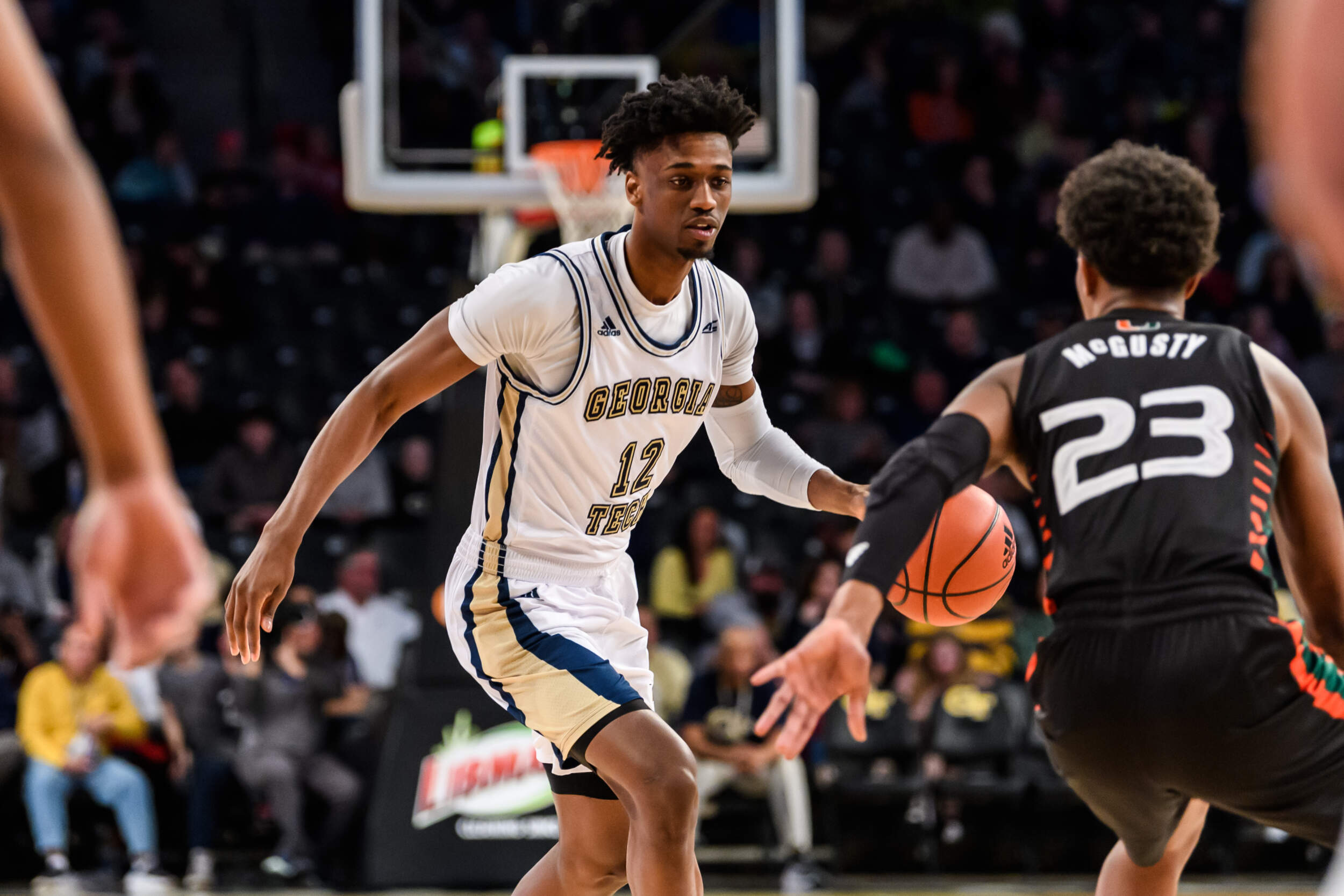