A junior point guard from Brooklyn, N.Y., Jose Alvarado was voted to the All-Atlantic Coast Conference third team despite missing seven games due to injury early in the season. He became the 45th Tech player to reach 1,000 career points with his 23-point performance against Pittsburgh on March 4, and will enter his senior year with 1,034 points through three seasons at Tech). Alvarado missed seven of eight games after season opener at NC State with right ankle injury, but returned for the Diamond Head Classic and started every game thereafter (34.3 mpg). He averaged 15.1 points, 4.0 assists and 2.4 steals in that stretch, and hit 35.1 percent of his three-point tries, 45.4 percent from the floor overall. His nine steals broke the Tech record of eight set by Kenny Anderson, another Brooklyn product, against Duke on Jan. 30, 1991.

Alvarado became a father during the 2019-20 season. He and his girlfriend Flor became the proud parents of a baby girl, Naz, on Feb. 5, the morning after he led the Jackets’ 76-57 rout of Virginia Tech. 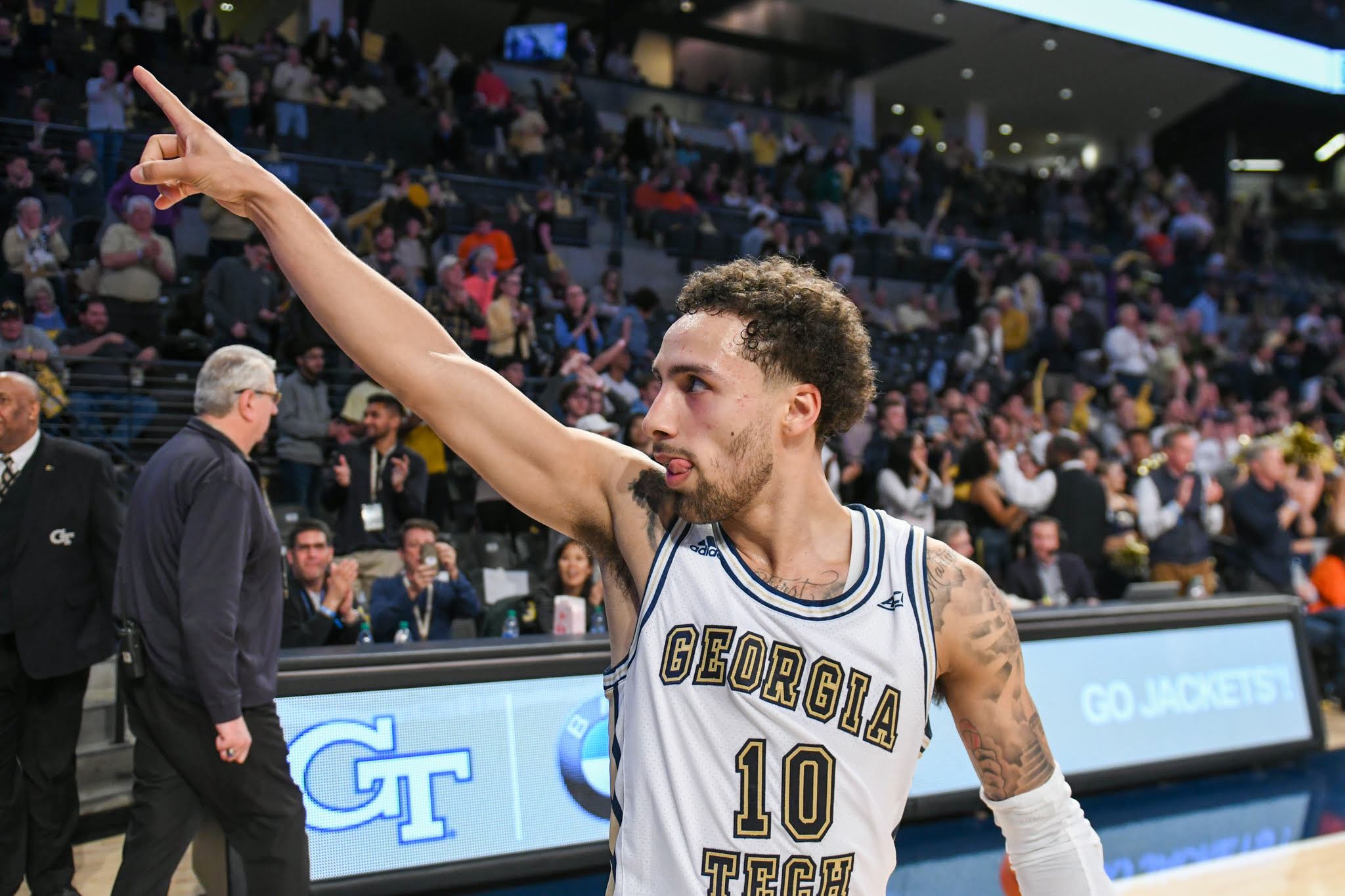