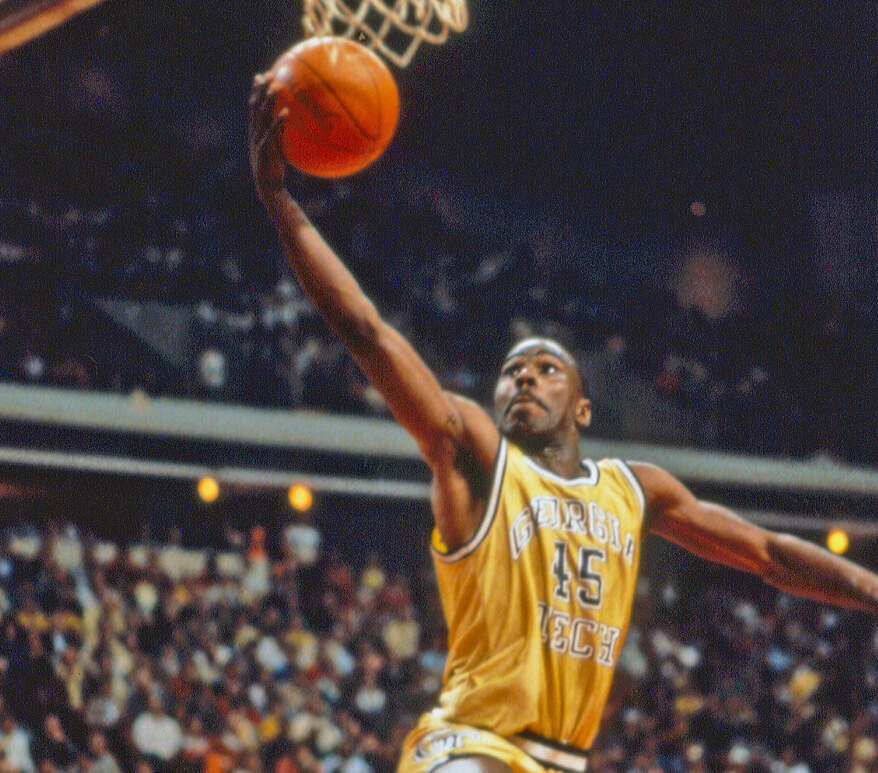 One of the most versatile players in Georgia Tech history, the 6-4 Dalrymple was a junior when he posted this double-double in a narrow victory over the 49ers. He remains one of only two players (Brian Oliver of Lethal Weapon 3 fame is the other) to amass more than 1,000 points, 500 rebounds and 400 assists for their careers. The Georgia Tech Hall of Famer ranks No. 15 in career points 1,588), No. 12 in rebounds (744) and No. 9 in assists (466). 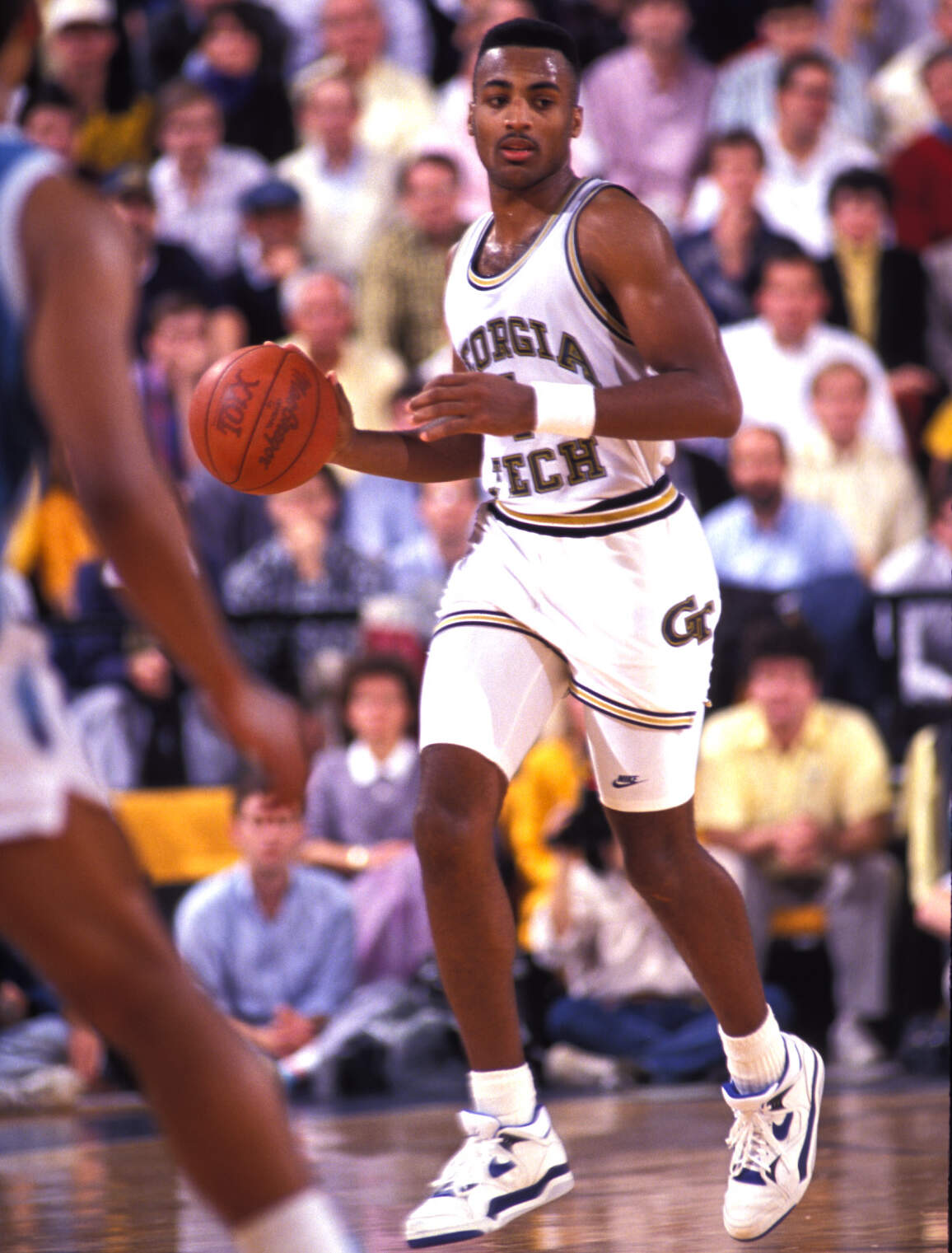 Among all the accomplishments 3D accumulated in his career, he did this one in his very first game as a freshman. Scott went on to join Duke’s Gene Banks and Johnny Dawkins as the only ACC freshmen (at the time) to score more than 400 points, grab 100 rebounds and dish 100 assists, earning ACC Rookie of the Year honors and making the Associated Press Freshman All-America team. 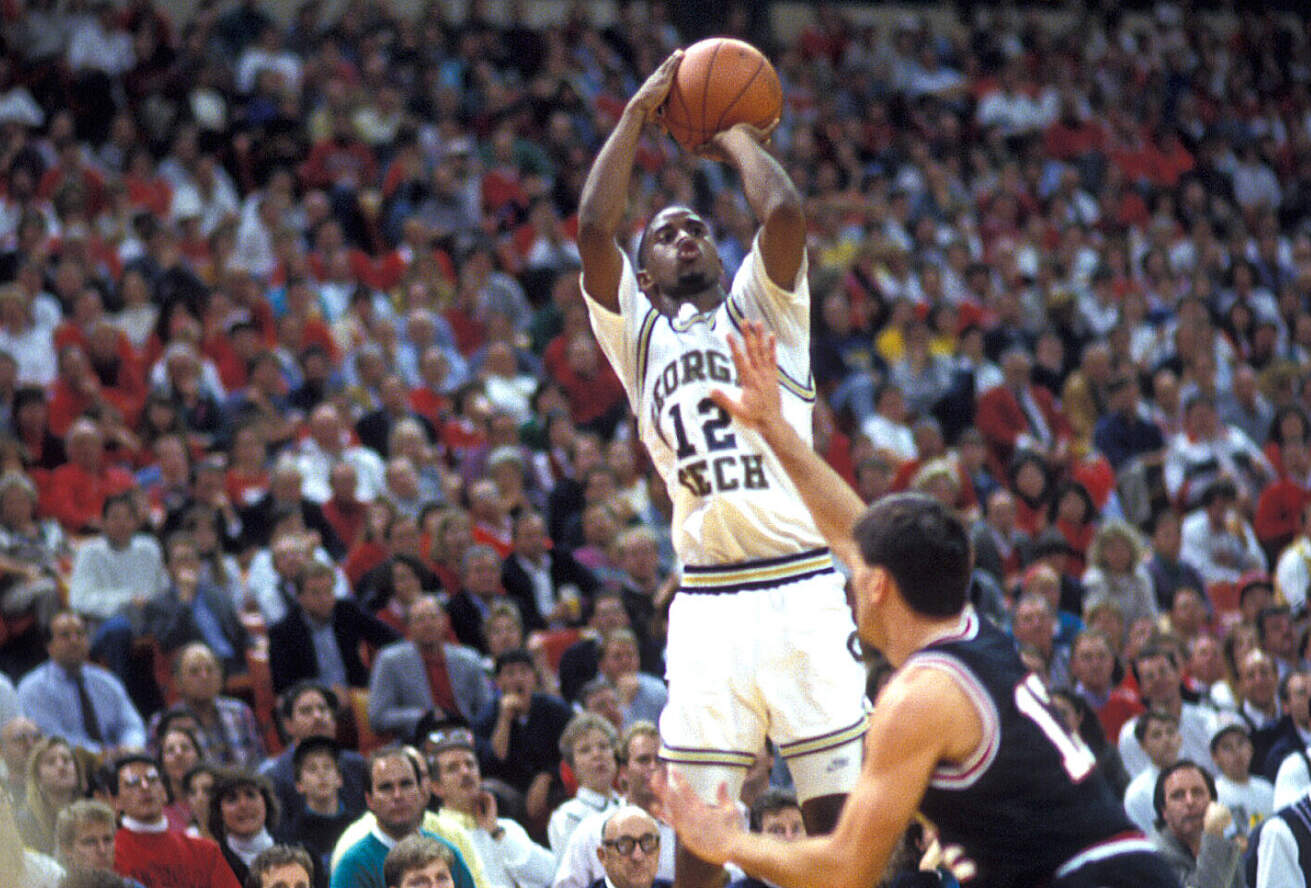 From the Newport News Daily Press:

Phil Ford, John Lucas, Mark Price, Tommy Amaker, Kenny Smith and Sidney Lowe. The best point guards ever produced by the Atlantic Coast Conference played more than 600 games combined in their college careers and never accomplished a triple-double. Georgia Tech freshman Kenny Anderson did it in his eighth game. And not against some Division III dog. Anderson riddled Pittsburgh of the Big East for 32 points, 18 assists and 12 rebounds on Dec. 28.

Magic Johnson and Larry Bird made the triple-double – double figures in points, assists and rebounds – fashionable with their unique blend of size, touch and quickness. Anderson is just as unique. 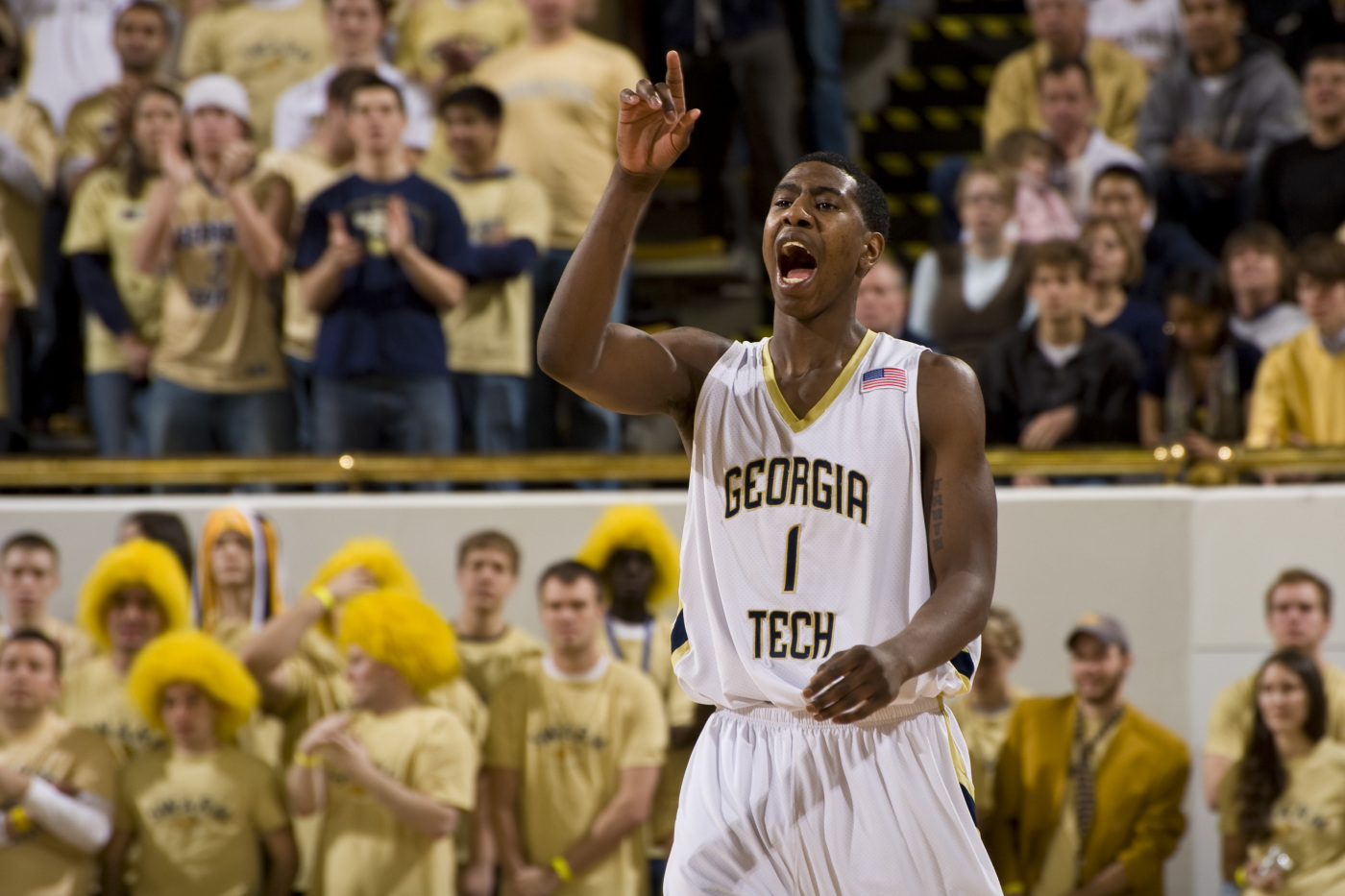 From the Associated Press:

Iman Shumpert wasn’t sure he had Georgia Tech’s first triple-double in more than two decades until assistant coach Darryl LaBarrie gave the junior a word of caution late in Tuesday night’s game against Virginia Tech.

“Coach LaBarrie told me ‘A triple-double is not good unless you win the game,'” Shumpert said. “That’s when I realized I had a triple-double.”

Brian Oliver scored 28 points, Shumpert had 22 points, 12 rebounds and 11 assists and Georgia Tech continued its strong home play by beating Virginia Tech 72-57 on Tuesday night. Shumpert added a game-high seven steals. He shut down Virginia Tech’s top scorer, Malcolm Delaney, who was held to 8 points, almost 11 below his average, while making only 3 of 11 shots. Shumpert’s triple-double was the first for Georgia Tech since Kenny Anderson against Pittsburgh on Dec. 28, 1989.