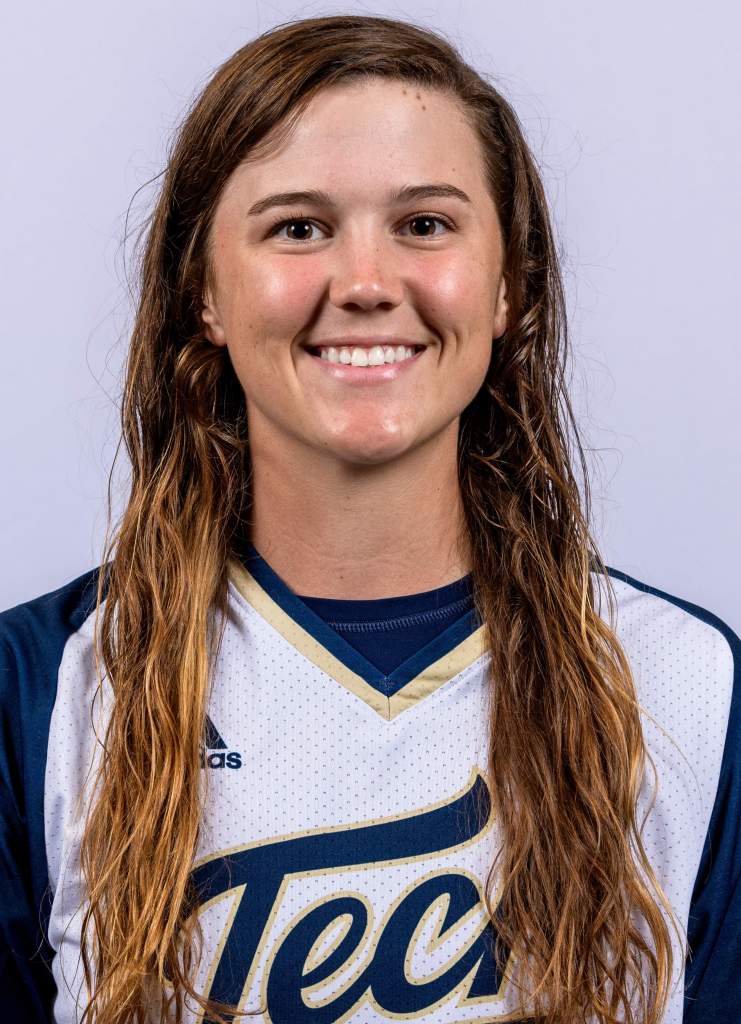 As a Sophomore (2018): Had a breakout season in her sophomore campaign, making 53 starts and playing in 53 games … Huckabay was a mainstay in the Tech lineup, playing at third base and as designated player … Improved her batting average from .113 in her freshman campaign to .231 in her sophomore and brought her slugging percentage from .129 to .427 … Had a career-high four RBI against Santa Clara (March 25) … Hit a three-run home run against Virginia (March 10) to hand the Jackets the series sweep.

High School: Crosby Huckabay is a five-year letterwinner and four-year starter as an infielder for head coach Kelli Smith at the Baylor School, and led the Lady Red Raiders to win its and her fourth state championship in five years and a 37-4 record in 2016 …  Hit .467 with 11 doubles, 46 runs, 74 RBI and a school record 19 home runs in her senior season … Helped the team to a 25-3 record as a junior … Named all-region and all-state as a senior … Selected to the Chattanooga Times Free Press Best of Preps first team … Named MVP of teh Tennessee-Georgia high school all-star game … Started in the Future Stars all-star game in the Triple Crown Fireworks-Sparkler tournament in Colorado … Selected by her high school coaches as the best all around female athlete her senior year … Four-year starter and five-year letterwinner for Baylor basketball … Helped the basketball team to a DII-AA final four as a junior and as state runners up as a senior.