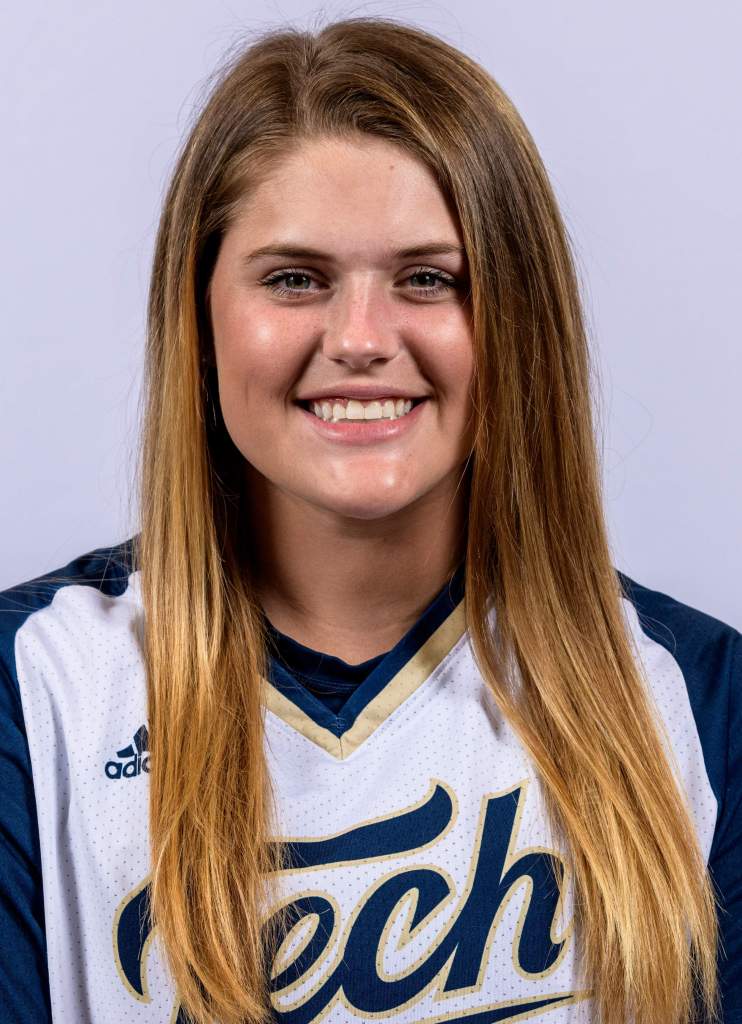 As a Sophomore (2019): Led the NCAA in hits for most of the season … Led the ACC in doubles with 18 … Finished with 71 hits, good for fourth in the ACC … Started all 58 games at second base … Had a career-high five hits at Jacksonville (Feb. 10), tying the program record … Also at Jacksonville, she tallied a career-best seven RBI … Boasted a 15-game hitting streak … Recorded 20 multiple hit games.

As a Freshman (2018): Saw action in 47 games, making 42 starts, primarily in right field … Her first collegiate hit was a grand slam against No. 22 Nebraska (Feb. 16) … Hit two grand slams, the second coming against Boston College (May 5) to help the Jackets snap a nine-game losing streak to the Eagles … Had five multi-RBI games … Finished the season with 19 RBI and 25 hits … Tied the Georgia Tech single-game record for walks with four at Virginia (March 9).

High School: A four-year letterwinner and one-year captain at Woodstock High School under head coach Rick Glasper … Racked up numerous individual accolades, including three-time all-county, three-time all-region, 2015 second-team all-state, a Georgia Elite 80 selection as a freshman, as well as team accomplishments, including winning the 2015 regional championship … As a junior, Roper batted .418 with 46 hits and 31 runs … In addition to softball, Roper also participated in varsity track and field.