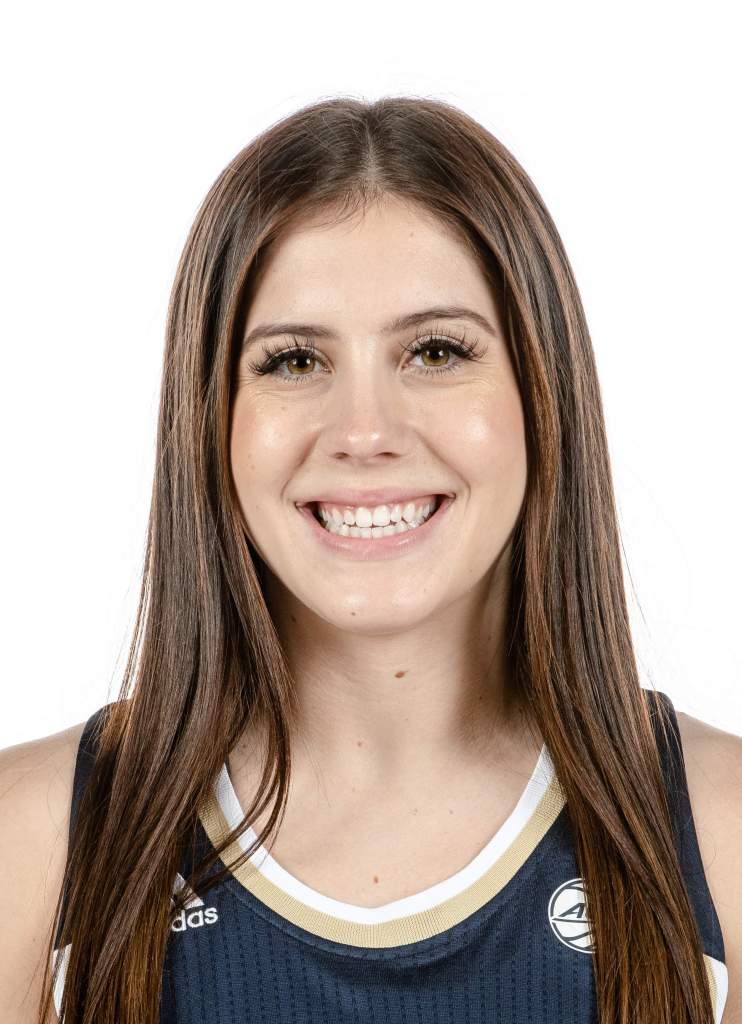 2019-20 (Redshirt-Sophomore): Took the floor in 17 contests in her first season as a Yellow Jacket…Made debut as a Yellow Jacket in the season-opener against Houston (11/5)…Knocked down first three-pointer at Tech against Grambling State (11/10)…Took the floor for two minutes at Georgia (11/17) in Tech’s first-ever win over the Lady Bulldogs in Athens…Added six points, hitting a season-high two three-pointers, in Tech’s win over ETSU (12/15) in a season-high 18 minutes…Took the floor for two minutes off the bench in Tech’s win at No. 11/11 Florida State (1/9)…Played three minutes against Notre Dame (2/2) and secured a rebound…Completed an old-fashioned three-point play at Pitt (2/6) playing six minutes…Took the floor for five minutes against Florida State (2/23) and dished out an assist.

PREP: Four-year varsity letterwinner at Clovis West High School in Fresno, Calif. under coach Craig Campbell… Four-time All-TRAC honors… Three-time All-CIF selection… Earned All-State honors as a senior… Led the Golden Eagles to a 34-2 record and the CIF Open Division State Championship as a senior… Scored 11 straight points in the fourth quarter to lead Clovis West to a 44-40 victory over Archbishop Mitty in the title game… Ranks third all-time in scoring and fourth all-time in assists in school history… In her junior season, averaged 12.9 points, 3.3 rebounds, 2.6 assists and 2.4 steals per game… Averaged 11.2 points per game as a sophomore… Also competed in cross country and track… Earned Scholar Athlete honors.

PERSONAL: Chose Georgia Tech because of the coaching staff, the academics and the team…Started playing basketball at age five in a local boys and girls league…Lists her most memorable athletic accomplishment as winning state championship as a senior.