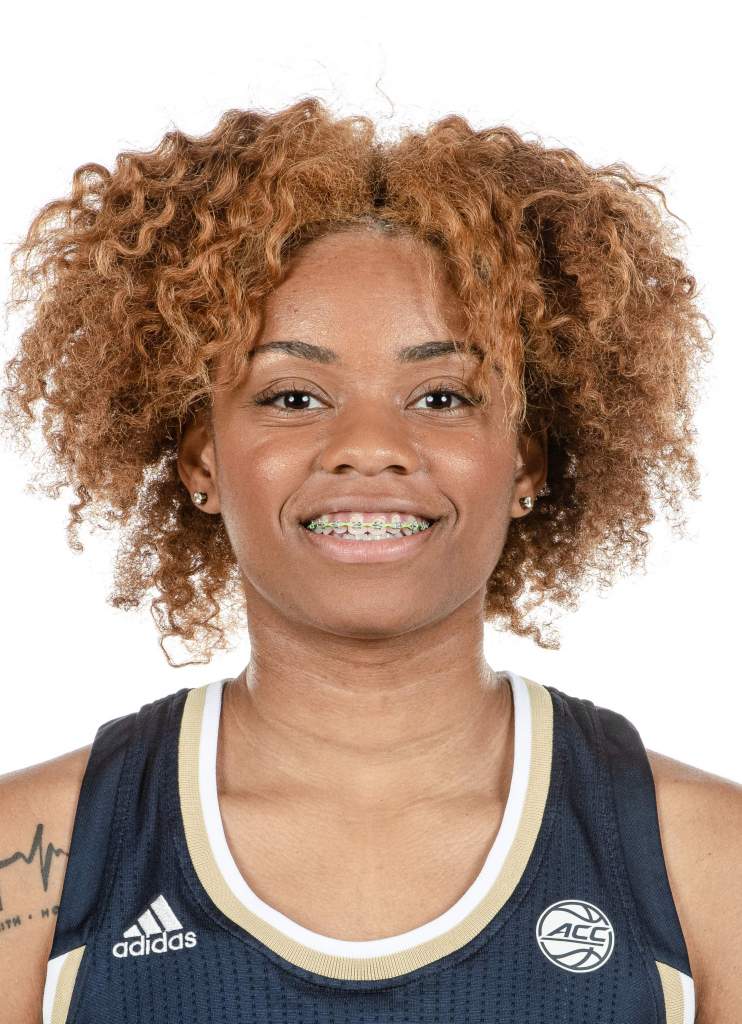 2018-19 (Freshman): Scored first collegiate points in win over Western Carolina (11/14), chipping in six points, hitting two three-pointers…Hit two free throws in win over Idaho State (11/23) in the Cancun Challenge…Saw six minutes of action against Wofford (12/30) and attempted a pair of three-pointers…Took the floor against Duke (1/10), connecting on a three-pointer to add to the scoreboard…Saw six minutes of playing time against No. 12 Syracuse (1/20) and recorded a steal…Earned first collegiate start at North Carolina (1/31) and posted an assist and steal in six minutes…Played 13 minutes at No. 5 Notre Dame (2/3) and attempted a personal-best six three-pointers in the game…Also recorded her first rebounds against the Fighting Irish, securing two, and swiped a career-best two steals…Played three minutes in Tech’s win over Virginia Tech (2/17), chipping in three points on a three-pointer from the top of the key…Dished out an assist against Clemson (2/21)…Scored eight points at No. 15 Miami (2/28), going 3-for-6 from the field in 16 minutes…Played a career-game against No. 22/21 Florida State (3/3), scoring a team-best 14 points, hitting a personal-high four three-pointers.

PREP: Played two seasons at Memphis Central where she helped the team to a district championship as a sophomore…Concluded her high school playing career at McEachern…Averaged 17 points and three steals per game as a senior…Named all district all four years of high school…2018 Naismith High School Honorable Mention…Tabbed adidas All-American and 3AAAAAAA All-Region Player of the Year in 2018…Three star ESPN prospect and four-star by Prospect Nation.

PERSONAL: Intends to major in computer science…Chose Georgia Tech because “it is one of the most prestigious schools in America, competes in the best basketball conference and it is very diverse and family oriented”…Started playing basketball when she was 10 years old because she grew up with a passion for the sport…Lists most memorable athletic accomplishment as playing for a state championship…Lists her most memorable non-athletic accomplishment as meeting Barack Obama.