Charlotte, N.C. – Moses Wright scored a career-high 25 points, and Georgia Tech rallied from a 20-point halftime deficit to within three, but the Yellow Jackets came up short in a 78-71 loss to Notre Dame Tuesday afternoon in the opening round of the Atlantic Coast Conference Tournament at the Spectrum Center.

The Fighting Irish (14-18) came out hot and burned the Yellow Jackets’ zone defense to the tune of 58 percent from the floor and 7-of-11 from the three-point line in taking a 52-32 lead into the halftime locker room. It was a season high for points given up in a half for Tech.

The Jackets (14-18) switched to a man-to-man coming out of halftime, holding the Fighting Irish to 34.6 percent shooting and half their first-half point total, and went on the attack offensively to hit 60 percent of their own shots. Wright scored Tech’s first eight points after intermission and collected 18 in the half, hitting 9-of-12 shots from the floor, while freshman Khalid Moore helped the cause with 10 of his 11 points in the frame.

Tech still trailed by 15 as the clock wound under eight minutes before the Jackets made their biggest push, trimming the margin to 72-69 on Moore’s three-pointer from the right corner with just over a minute remaining. But John Mooney, who had 20 points and 10 rebounds in the game, answered with a jumper to restore the Notre Dame lead to five, and the Irish iced the game at the free throw line.

James Banks III finished the game with 12 points and 11 rebounds, his seventh double-double this season, and Michael Devoe added 10 for the Jackets.

Dane Goodwin scored 15 for Notre Dame, while Juwan Durham pitched in 11. Nate Laszewski scored 14, all in the first half before leaving the game with an injury after a hard fall.

The Irish advanced to a second-round game against Louisville on Wednesday. 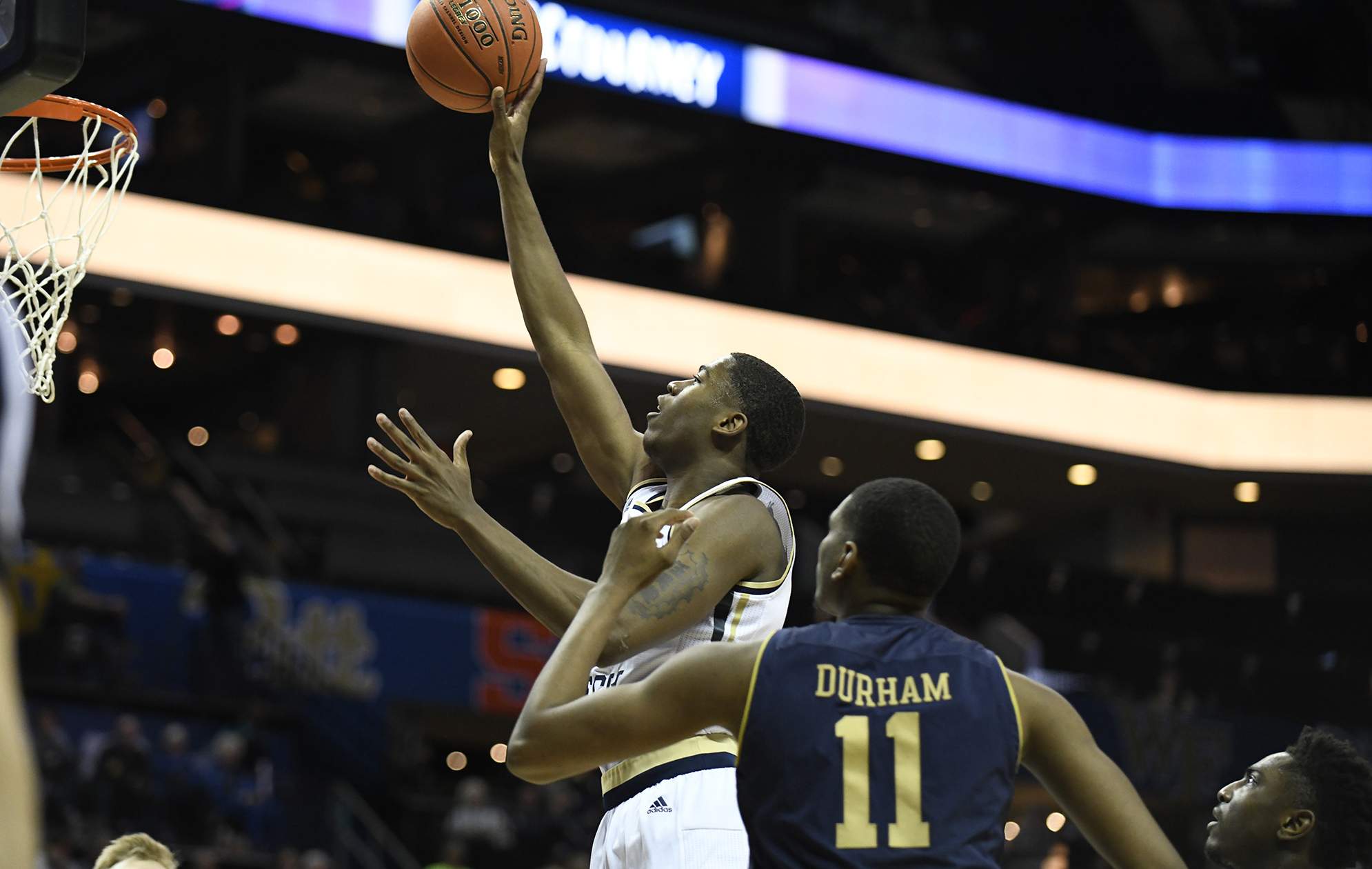 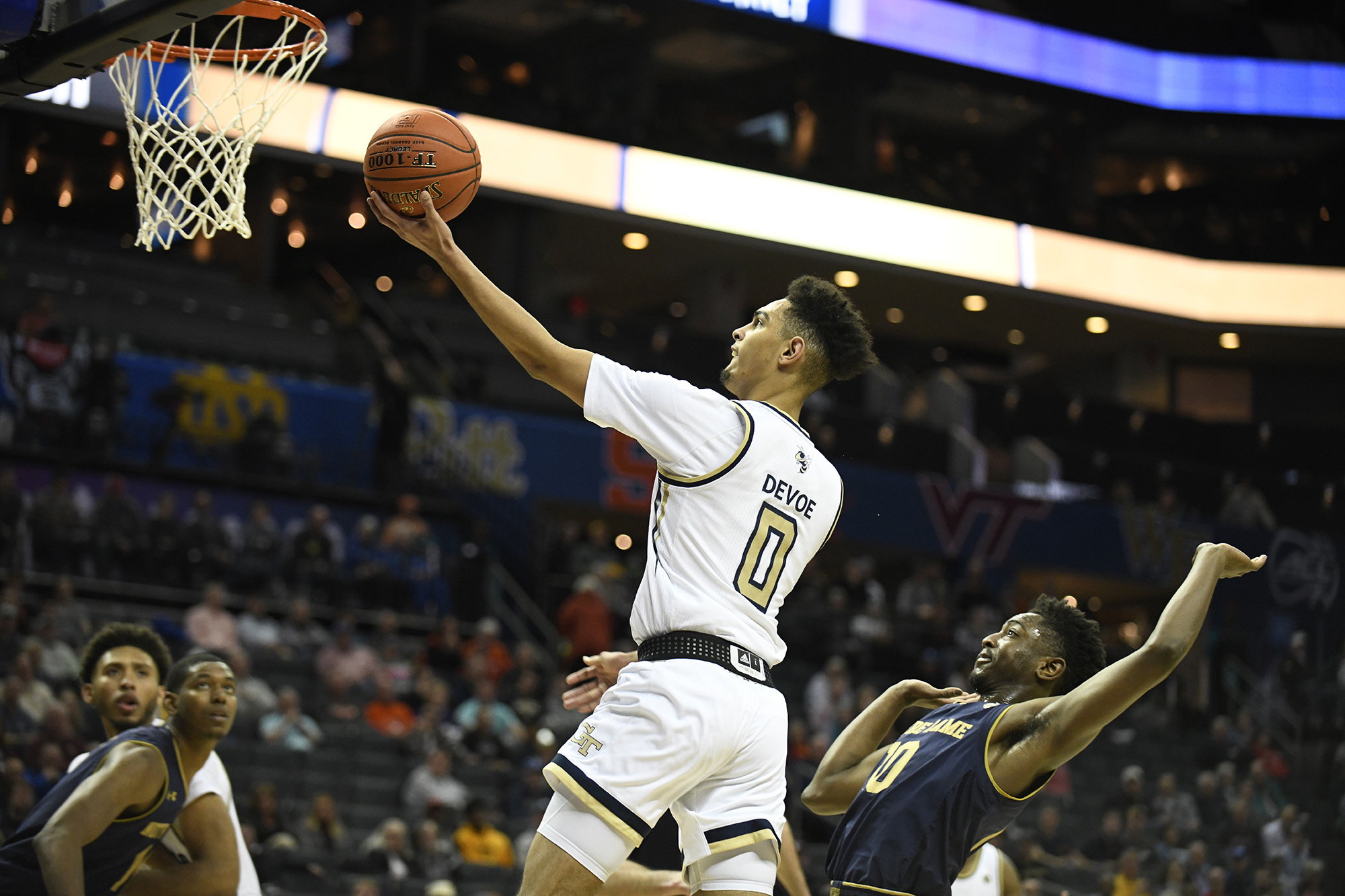 Michael Devoe was one of four Yellow Jackets to score in double figures against Notre Dame.