Miracle in Milwaukee just one of the powerful forward's Tech exploits

James Forrest put together a fabulous four-year career on The Flats, but that career will always be defined by two events, his buzzer-beating three-point basket that enabled the Yellow Jackets to defeat Southern California in the 1992 NCAA Tournament, and his MVP performance in the 1993 ACC Tournament.

Led by the amazing play of Forrest (top photo below), then a sophomore, Georgia Tech stunned the ACC by becoming only the fourth sixth seed ever to win the conference tournament. To do so, the Yellow Jackets had to knock off eighth-ranked Duke in the quarterfinals, 69-66; a stubborn Clemson team in the semis, 69-61; and then No. 1 North Carolina in the finals, 77-75, in Charlotte.

Forrest averaged 26.7 points and 7.0 rebounds and hit 69 percent of his shots to claim the Everett Case Award as the tourney MVP. He poured in 27 points against Duke, 26 versus Clemson and 27 against UNC, the first player to top 20 points in three consecutive tournament games since Virginia’s Wally Walker in 1976.

Just a year earlier, in a game forever known at the “Miracle in Milwaukee,” Forrest, then a freshman, made a miraculous 25-foot three-pointer at the buzzer (middle photo below) to give Georgia Tech a stunning 79-78 victory over Southern Cal in the second round of the NCAA Midwest Regional at the Bradley Center in Milwaukee, Wis. Just a few months later, Forrest stunned Louisville with a half-court heave (bottom photo) that beat the final horn in an 87-85 victory over Louisville in the first college basketball game ever played at the Georgia Dome.

Forrest made the All-ACC teams as a junior and senior, and by the time his career ended, he scored 1,978 points, which today ranks No. 7 on the all-time Tech list. 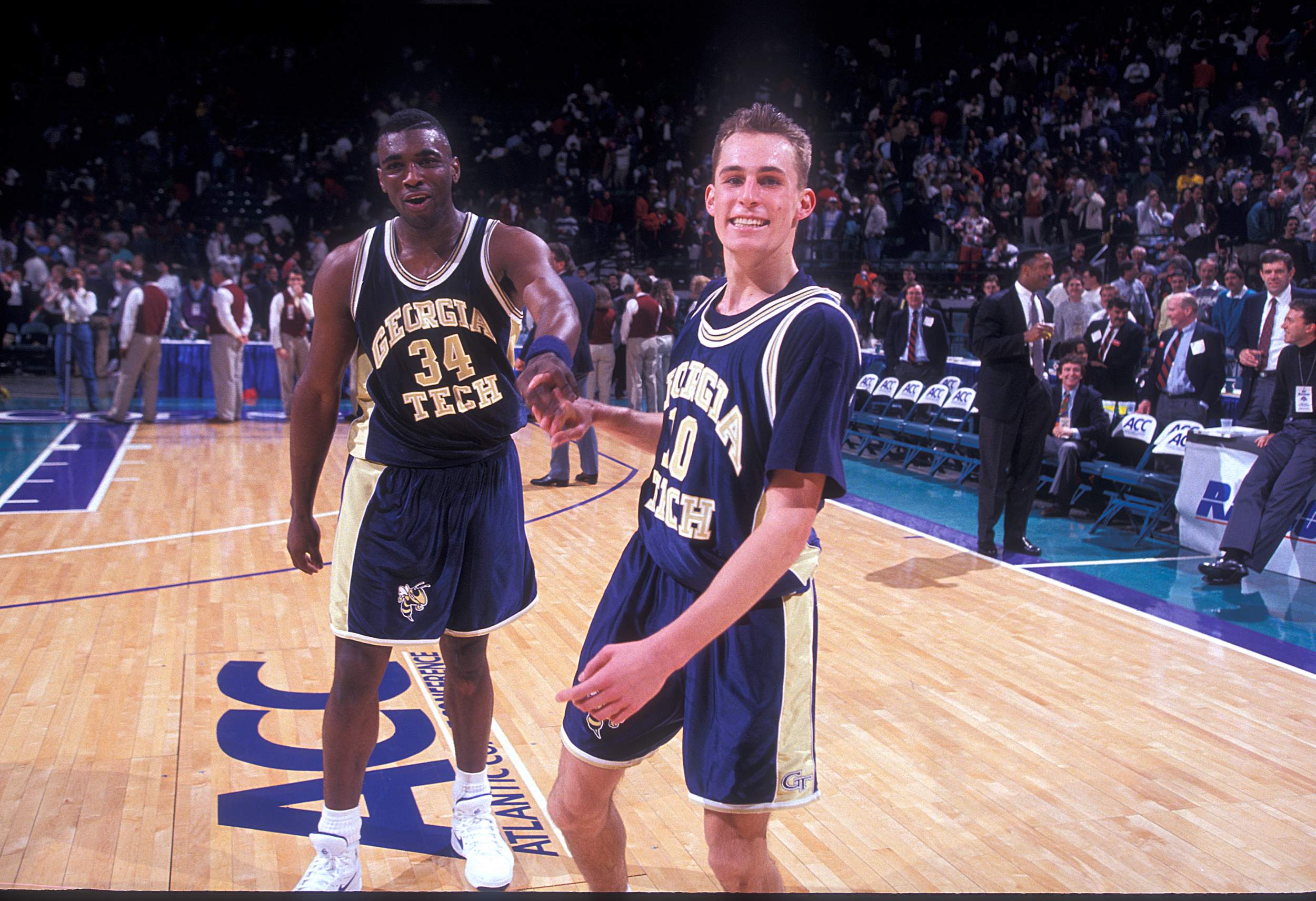 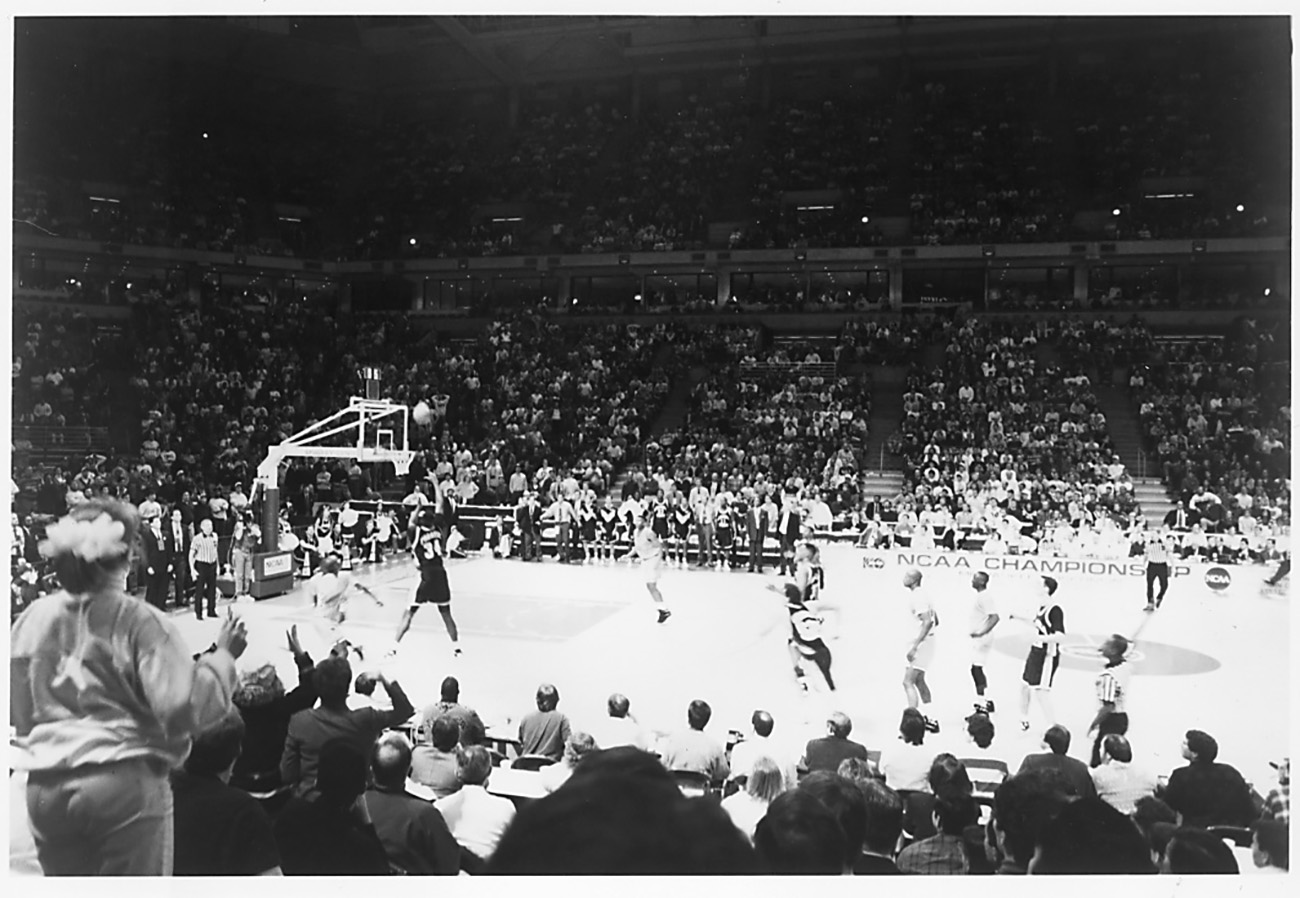 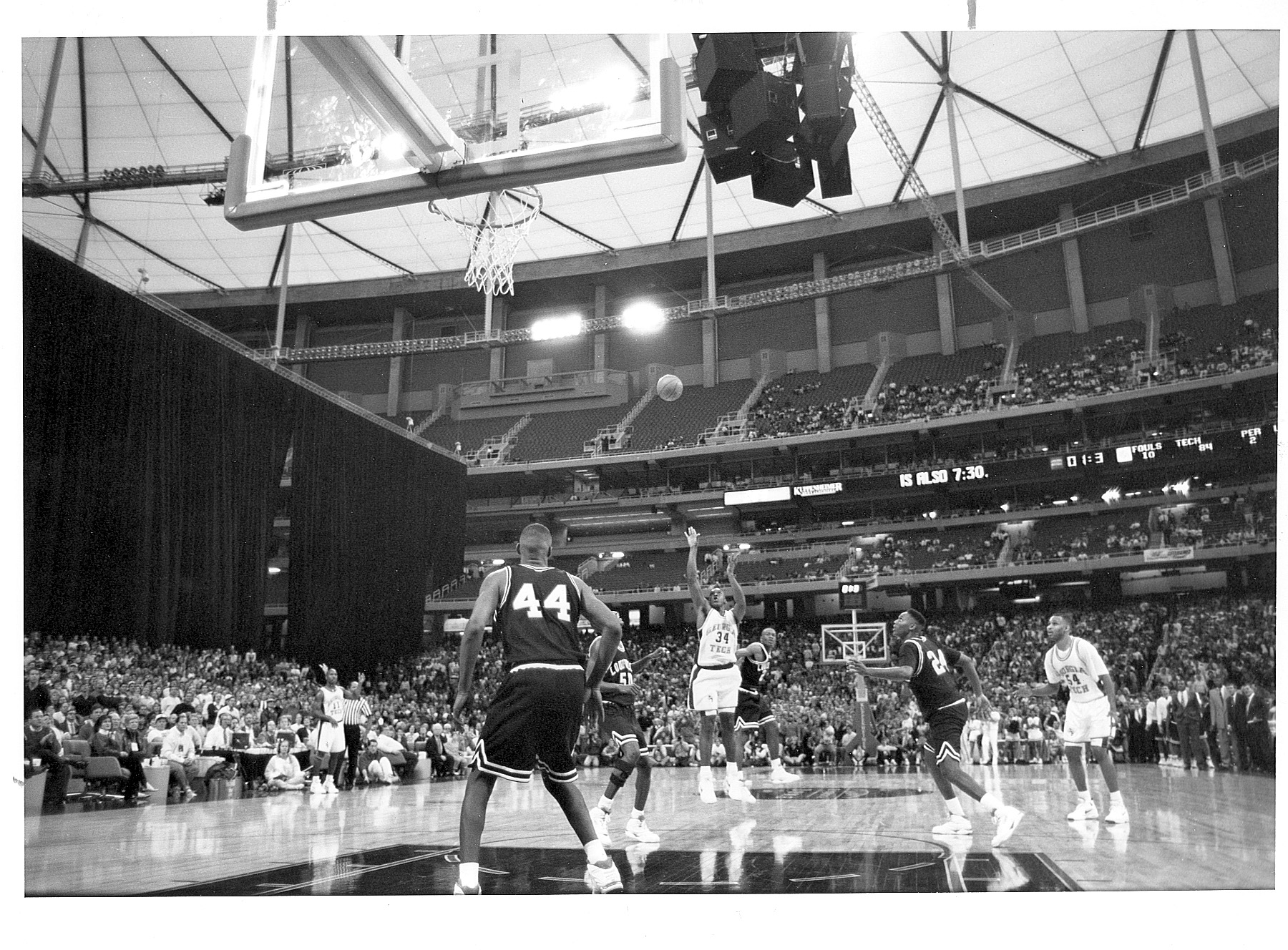