THE FLATS – Georgia Tech’s home game versus No. 3 Notre Dame on Saturday, Oct. 31, will kick off at 3:30 p.m. and be televised nationally on ABC, the Atlantic Coast Conference announced on Monday. 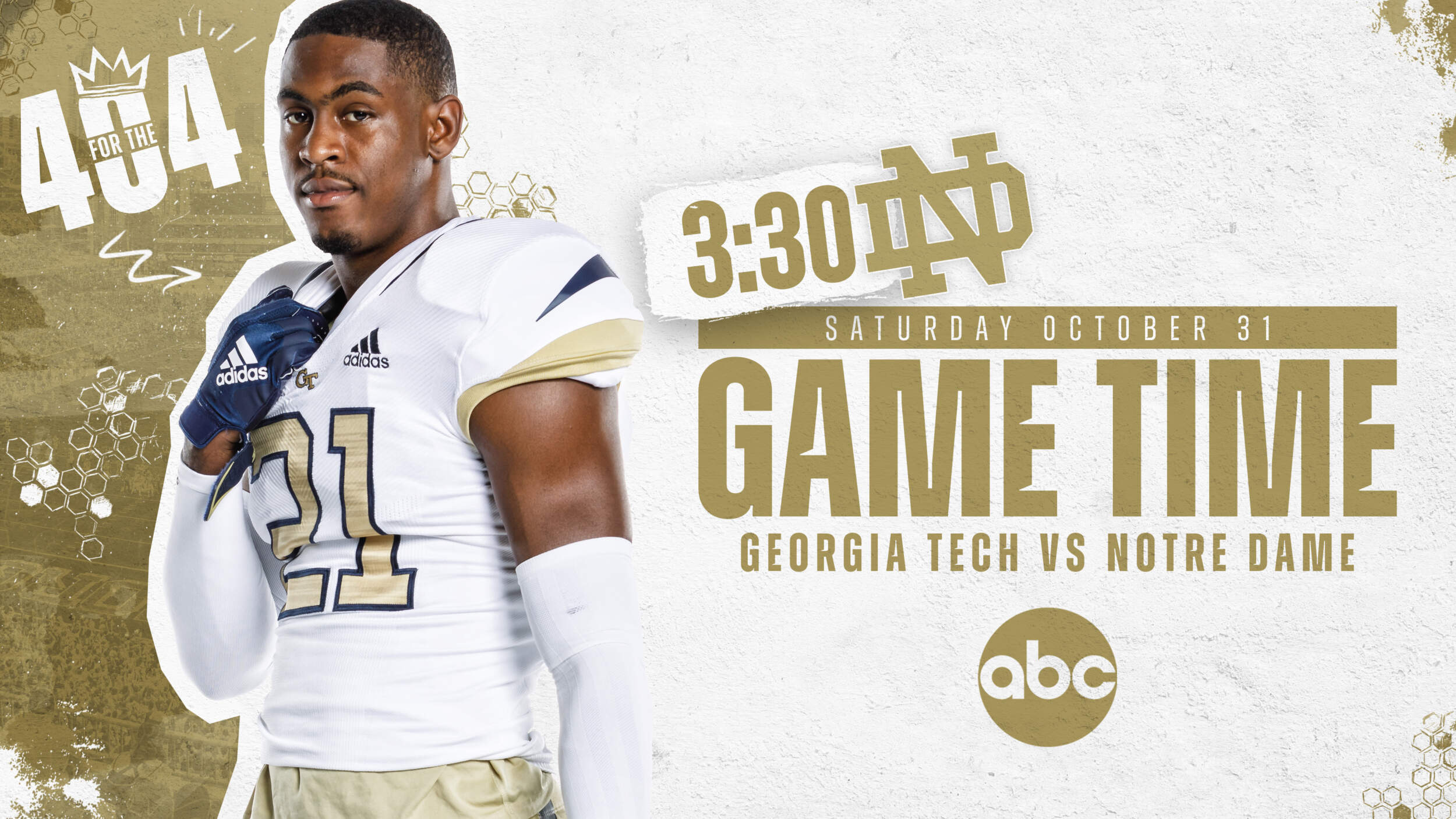 The Halloween matchup at Bobby Dodd Stadium will mark the fourth time in seven games this season that Georgia Tech has appeared on ABC. The Yellow Jackets have not played as many as four regular-season games on national network television (ABC/NBC/CBS/FOX) in a single season since 2006 (vs. Notre Dame – ABC, at Virginia Tech – ABC, vs. Miami –ABC and at Georgia – CBS).

Tickets for the Georgia Tech-Notre Dame showdown are sold out. Fans that wish to attend can purchase tickets via Stubhub, the official fan-to-fan marketplace of the Georgia Tech Yellow Jackets.

Before it hosts Notre Dame on Oct. 31, Tech travels to Boston College this Saturday. Kickoff is set for 4 p.m. on the ACC Network.