THE FLATS – Georgia Tech athletics unveiled a refinished court at McCamish Pavilion – the home of GT men’s and women’s basketball – on Friday. 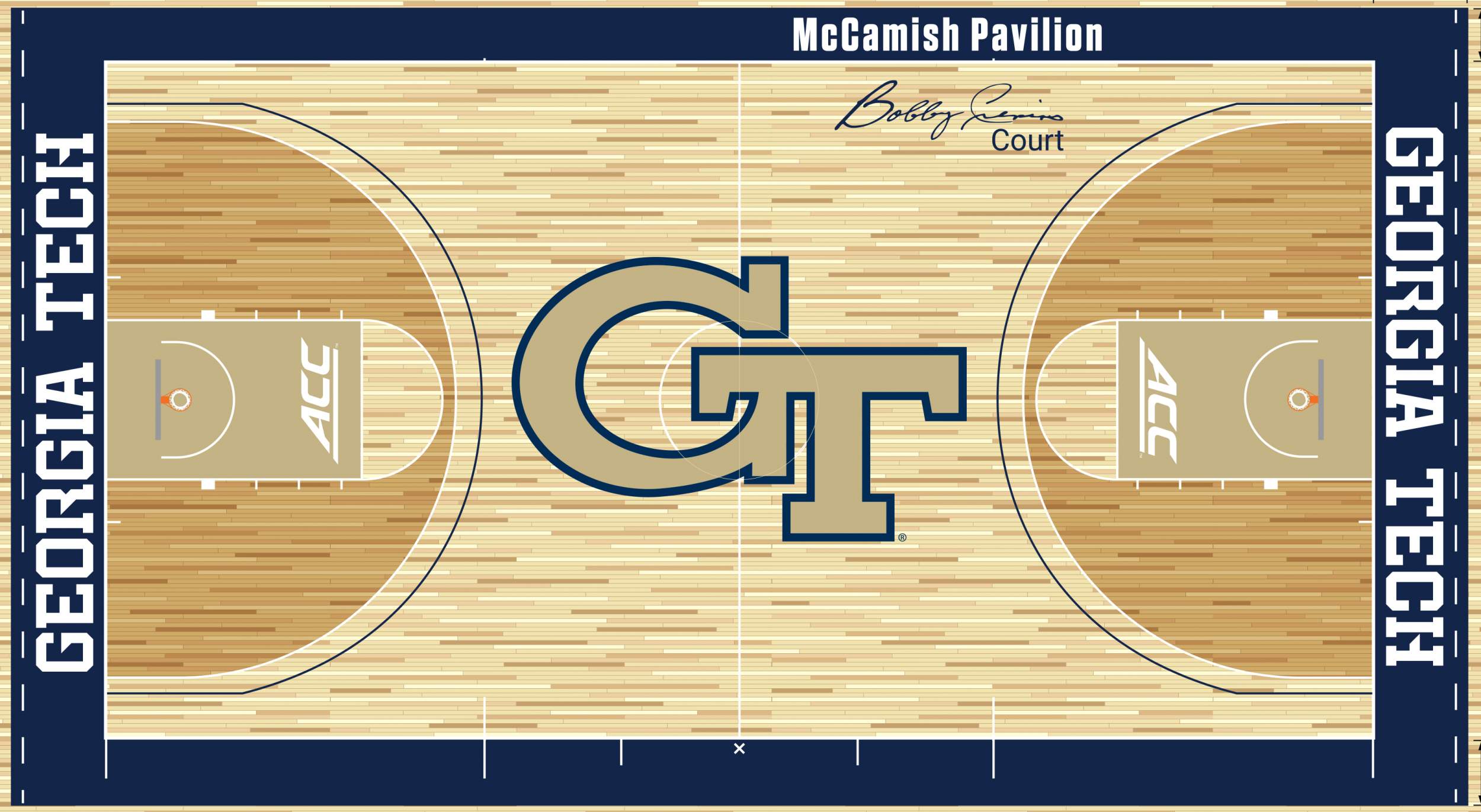 The playing surface was refinished during the offseason for two reasons:

Tech Gold was introduced as the official gold color of Georgia Tech athletics in April 2018 and was the predominant color used when the McCamish Pavilion court was originally refinished last summer. However, although the correct Tech Gold color was used on the court, its appearance was inconsistent based on a number of factors, including lighting, content on the arena’s videoboards and ribbon boards and, for fans watching on TV, the cameras utilized during the broadcast.

After extensive research and feedback from experts, it was determined that the presence of a darker color would be needed to allow for the appearance of Tech Gold to remain consistent. Therefore, it was decided that the out-of-bounds areas that border the court would be painted in Tech’s secondary color, navy blue, while the GT logo at midcourt and the free-throw lanes at each end of the floor remain Tech Gold.

“We went through a pretty extensive selection process to try and get it right,” Stansbury said.