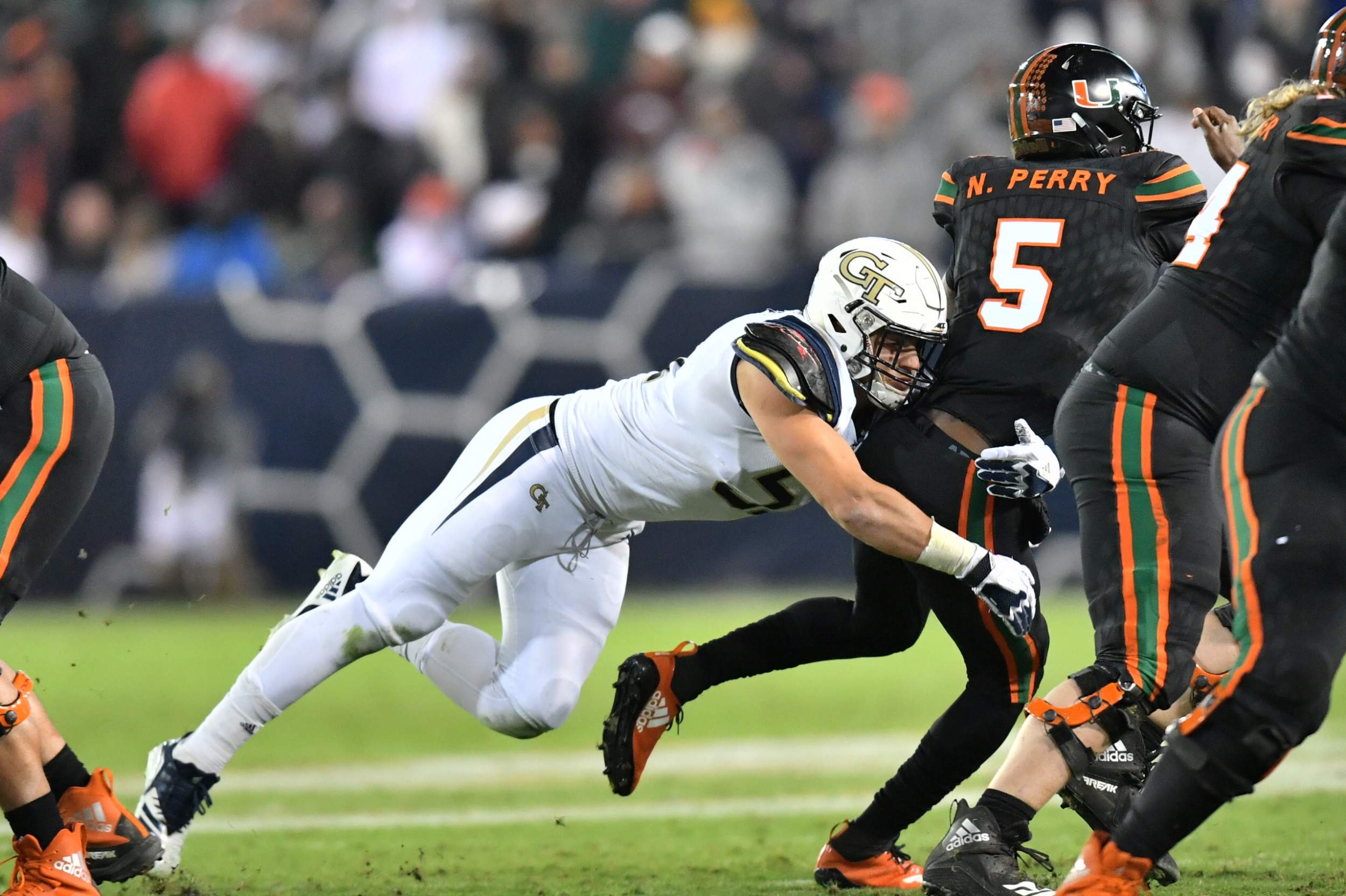 Co-captain Brant Mitchell is among the 24 Georgia Tech seniors who will be honored prior to their final home game on Saturday at Bobby Dodd Stadium.

• Riding its longest winning streak since 2016, Georgia Tech looks to keep the momentum rolling when it closes out Atlantic Coast Conference play versus Virginia on Saturday at 3:30 p.m. at Bobby Dodd Stadium.

• Georgia Tech (6-4, 4-3 ACC) has rebounded from a 1-3 start with wins in five of its last six games, including three-straight.

• The Yellow Jackets’ three-game winning streak is their longest since they closed the 2016 season with four-straight victories. Included in the season-ending four-game streak in ‘16 was a 31-17 win over Virginia in the home finale at Bobby Dodd Stadium.

• Saturday’s matchup features two of the ACC’s hottest teams in Georgia Tech (winner of five of its last six games) and Virginia (7-3, 4-2 ACC — winner of four of its last five).

• Georgia Tech reached two significant milestones with last Saturday’s 27-21 triumph over Miami. With the victory, the Yellow Jackets became bowl-eligible for the 20th time in the last 22 seasons. Additionally, the Jackets secured no worse than a .500 ACC record this season, marking the 23rd time in the last 24 seasons that they will finish .500 or better in conference play.

• With a win on Saturday, Georgia Tech will be guaranteed to finish no worse than second place in the ACC’s Coastal Division for the seventh time in Paul Johnson’s 11 seasons as head coach. Since Johnson’s arrival on The Flats in 2008, the only ACC teams that have placed first or second in ACC divisional play as many times as the Yellow Jackets (6) are Clemson (8), Florida State (7) and Virginia Tech (7).