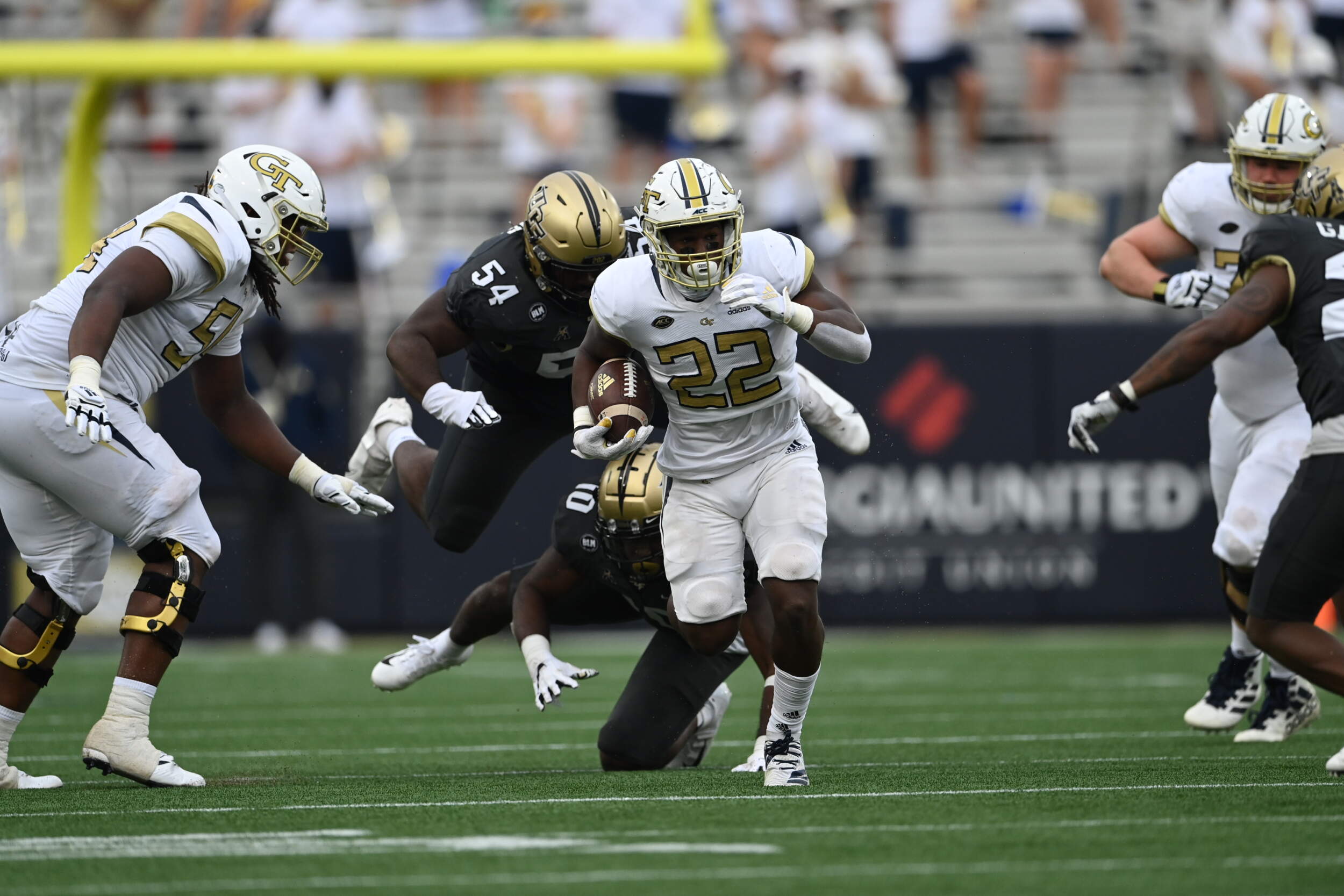 Georgia Tech currently ranks sixth in the ACC and 22nd nationally in total offense (454.5 ypg). Last season, the Yellow Jackets averaged 286.3 yards per game (last in the ACC and 127th out of 130 nationally).

• Despite being conference-mates for seven years, Georgia Tech football will make its first-ever trip to Syracuse on Saturday afternoon.

• Although Syracuse joined the Atlantic Coast Conference in 2013, by virtue of being in opposite divisions (Georgia Tech in the ACC Coastal, Syracuse in the ACC Atlantic), Tech football has not previously made the trip to upstate New York.

• The Yellow Jackets and Syracuse have met three previous times on the gridiron. The Jackets have won all three previous matchups, including a 56-0 thrashing of the Orange in their only previous contest as ACC foes on Oct. 19, 2013 at Tech’s Bobby Dodd Stadium.

• Georgia Tech is playing in the state of New York for only the third time in its 128-season football history and the first time in 95 years. Tech lost to Penn State, 28-7, in 1921 at the Polo Grounds in New York City, but returned to Gotham in 1925 to defeat the Nittany Lions, 16-7, at Yankee Stadium.

• The Yellow Jackets enter Saturday’s game with a 1-1 record, after winning their season opener at Florida State, 16-13, before dropping a 49-21 decision against No. 14/13 UCF last Saturday.

• The Jackets trailed UCF by just seven points in the fourth quarter of last Saturday’s battle, but faded down the stretch of the defeat.

• Georgia Tech’s offense continued its early-season surge versus UCF with 471 yards, its highest total in 18 games. Tech is averaging 454.5 yards of total offense per game this season (good for sixth in the ACC and 22nd nationally) and has surpassed the 400-yard mark in both contests. Last season, the Yellow Jackets averaged 286.3 yards per game (last in the ACC and 127th out of 130 teams nationally) and did not have a 400-yard game.