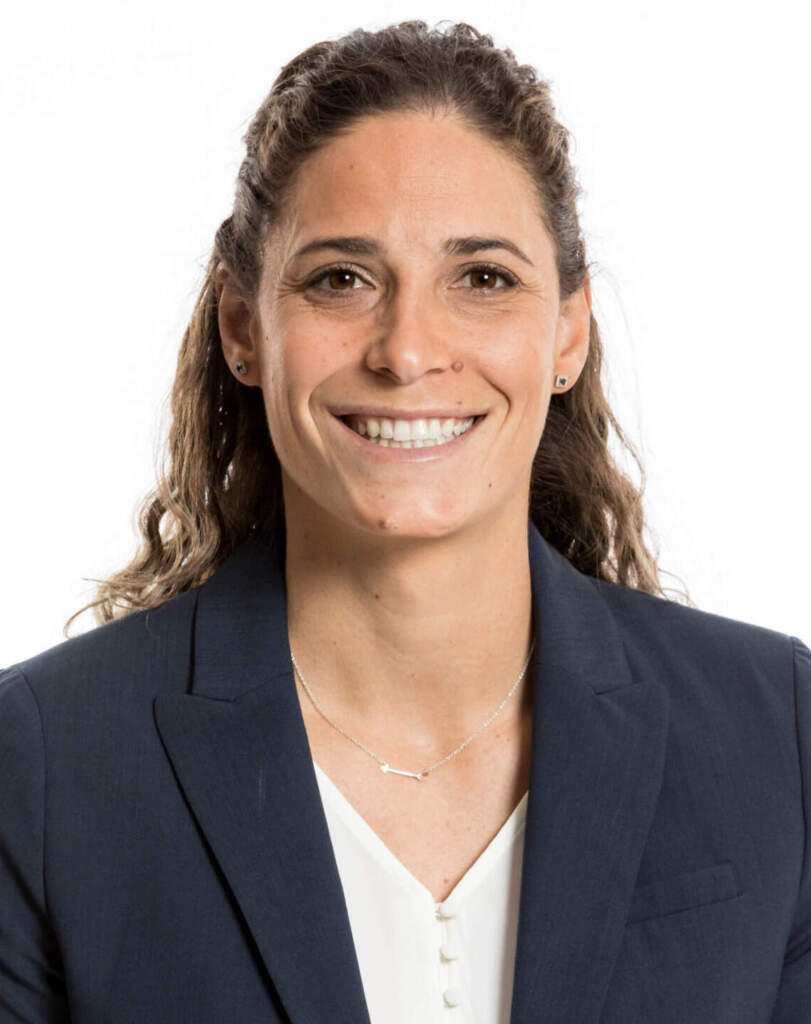 Aileen Morales, one of the most decorated student-athletes in Georgia Tech softball history and a former highly successful assistant coach at her alma mater, returned to The Flats as the program’s sixth head coach on June 7, 2017.

Morales saw continued success in her second season, coaching the team to its first ACC tournament win since 2012 with a decisive 8-5 five-inning run-rule win over Virginia in the opening round. Brought Tech over the 30 win mark for the first time since 2012, finishing with a 31-27 record, including the program’s 1,000th win.

Since leaving her alma mater following the 2013 campaign, she has added four seasons as a successful head coach to her resume, first at Young Harris College in Young Harris, Ga. (2014-15) and most recently at Radford University in Radford, Va. (2016-17).

After inheriting a program that won just 12 games in 2015, Morales engineered the biggest turnaround in NCAA Division I softball when she led Radford to a 35-26 record in her first season at the helm in ’16. The Highlanders also climbed 96 spots in the Ratings Percentage Index (RPI) in her first season at the school, advanced to the Big South Tournament semifinals with their first postseason wins in four years and boasted two all-conference honorees.

Prior to her two-year stint at Radford, Morales compiled 51 wins in two seasons at the helm at Young Harris.

She got her start in coaching as a student assistant coach for Tech in 2009, helping the Yellow Jackets to the most successful overall season in school history, a 46-15 campaign that included ACC regular-season and tournament championships and the program’s lone NCAA Super Regional appearance.

Morales arrived at Georgia Tech in January 2005 after graduating a semester early from Hardaway H.S. in Columbus, Ga. Despite beginning her collegiate career during what was scheduled to be her final high-school season, she hit .296 with five doubles, a triple, two home runs, 32 RBI and an ACC-best 44 stolen bases in 49 attempts as a freshman, en route to being named ACC co-Freshman of the Year and earning second-team all-conference recognition.

She went on to be a three-time all-ACC honoree as a middle infielder, earning first-team accolades as a junior and senior in 2007 and ’08, and was also a three-time all-region selection. She earned third-team all-America honors.

Following the end of her collegiate playing career, she was selected by the Chicago Bandits in the second round of the 2008 National Pro Fastpitch Draft. She played two seasons with the Bandits and helped lead the squad to the NPF championship as a rookie in 2008.

She also boasts international experience as a player and coach with the Puerto Rican national team. She competed internationally for Puerto Rico from 2007-10 and served as an assistant coach for the 2012 squad that finished eighth at the International Softball Federation World Championship, PR’s best finish in more than a decade.

WHAT THEY’RE SAYING ABOUT AILEEN MORALES
“Aileen is a winner and Georgia Tech is where she wants to be. She will get the program back to competing on the national level very soon.”
Ehren Earleywine
Missouri head coach (Georgia Tech head coach – 2004-06)

“Aileen is one of the premier up-and-coming coaches in our sport. She was an outstanding player at Georgia Tech, was an assistant coach during a very successful period of Georgia Tech history and I believe she will do great things with the program.”
Tyra Perry
Illinois head coach

“She has great knowledge of the game. Her competitiveness and experience in the ACC as a player and former coach makes her an outstanding choice for the position. I’m excited to see what she can do for the program.”
Lisa Navas
South Carolina associate head coach

“When I heard there was an opening, she was the first person that came to my mind. I had the chance to play with her and she was such an amazing athlete and has a great knowledge of the game. I can’t imagine anyone who is more passionate about the sport and about Georgia Tech. I think she is going to do wonderful things for the program.”
Jesse Sallinger-Cole
Georgia Tech Athletics Hall of Famer (pitcher – 2002-05)