THE FLATS – The Atlantic Coast Conference has announced tip times and television coverage for all remaining conference games for the 2020-21 season. The Yellow Jackets’ 2020-21 schedule is now complete.

Tech opens its conference slate at 8:30 p.m. Dec. 15 at defending league champion Florida State, a game to be televised on the ACC Network, and hosts North Carolina for its ACC home opener Wednesday, Dec. 30, against North Carolina, with a tip time of 8 p.m. and TV coverage on the ACC’s Regional Sports Network (Fox Sports South in Atlanta). Both of those games were previously announced.

The Yellow Jackets begin the 2021 calendar year Sunday, Jan. 3 at home against Wake Forest, which will tip at 6 p.m. and be televised on the ACC Network. All told, 10 Tech conference games will appear on the ACC Network, seven on the ACC’s Regional Sports Network, and three on either ESPN or ESPN2 (including both games against Duke).

All opponents, sites and dates are subject to change in accordance with health and safety guidelines. 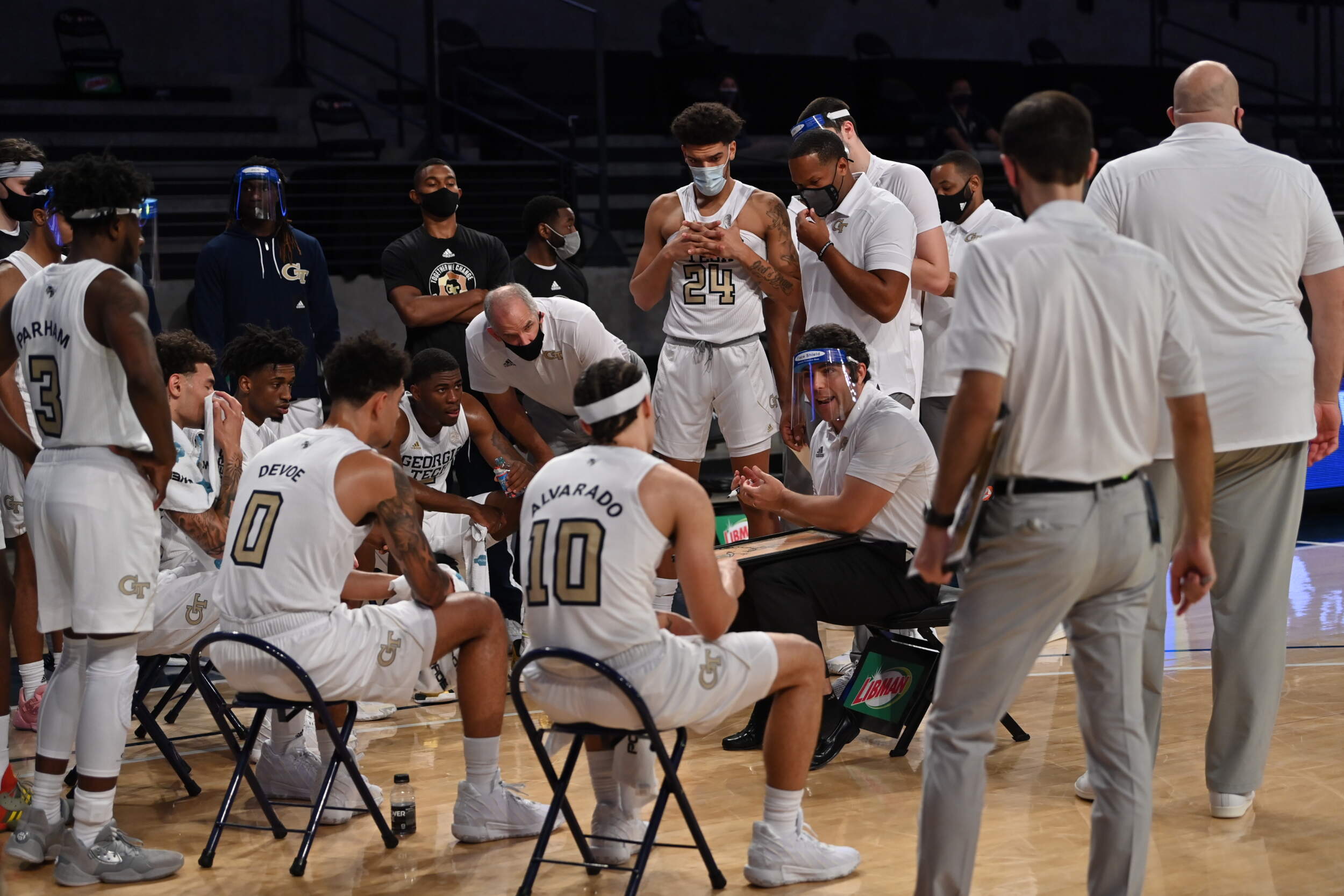