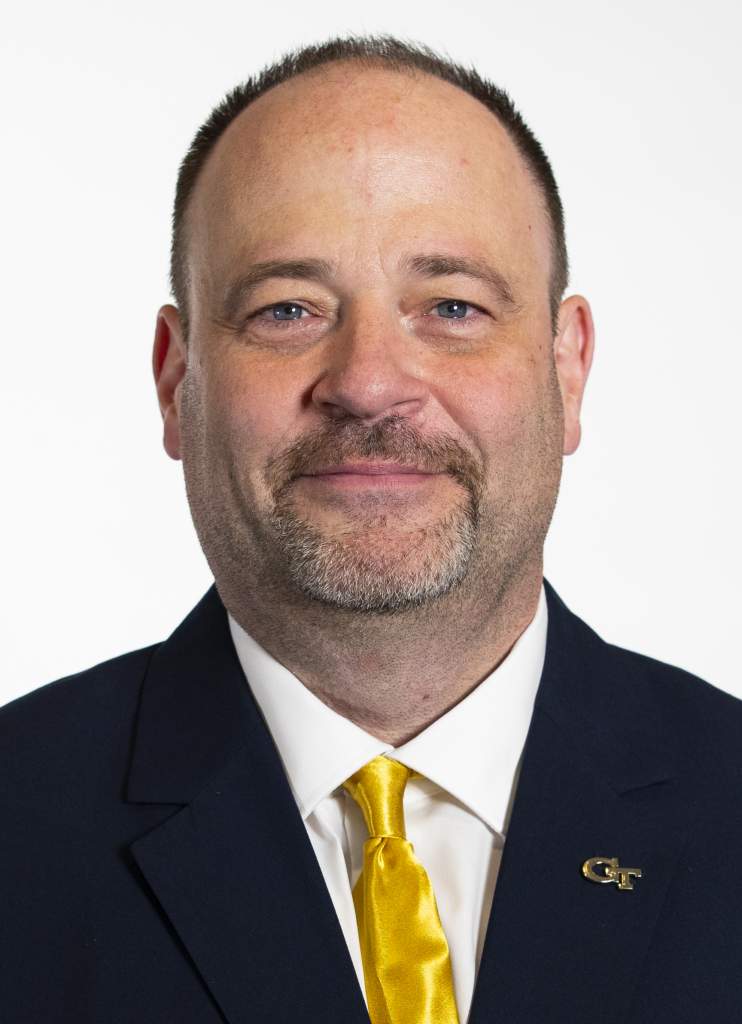 Todd McCarthy is in his 23rd season at Georgia Tech. He was promoted to assistant athletics director for video operations in 2017.

McCarthy, who joined the Tech staff in 1998, handles all practice, game and opponents’ video for the football coaching staff while also overseeing the Yellow Jackets’ video operations.

McCarthy is a five-time winner of the ACC Video Director of the Year Award (2001, 2003, 2004, 2009 and 2010) and, in 2005, Georgia Tech’s video department received the SAVVY Award from the Collegiate Sports Video Association for the nation’s top highlight video.

Prior to coming to The Flats, McCarthy spent two years as director of sports video at Pittsburgh (1996-98) and three years (1993-96) in the same capacity at Richmond. He also worked two years as a videographer and editor in the sports department at WRIC-TV, the ABC affiliate in Richmond, Va.

McCarthy earned his bachelor’s degree in broadcast communications from Virginia Commonwealth University in 1992. A Richmond, Va. native, McCarthy is married to the former Elizabeth Knupp and they have three children — son Nicholas, born in 2012, and twins, son Micheal and daughter Madison, born in 2016.