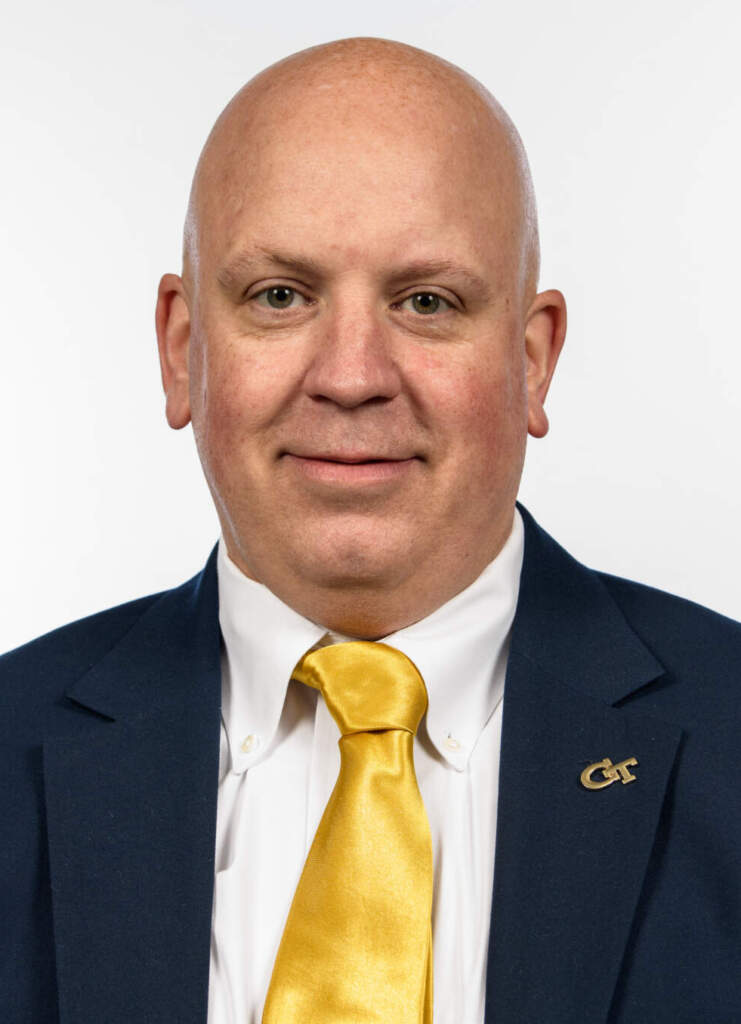 Georgia Tech alumnus Punt Windham is in his 17th season as assistant equipment manager at his alma mater.

Windham, a certified equipment manager, conducts the day-to-day operations of the football equipment room, including handling and ordering equipment and uniforms, maintenance of equipment and travel logistics. He has been in a full-time role at his alma mater since 2003.

Prior to his return to The Flats, Windham spent eight years at the University of Texas (1995-2002), where he served as the Longhorns’ head baseball equipment manager and assistant football equipment manger. He was a part of two College World Series appearances at Texas (2000 and 2002), with the Longhorns winning the national championship in ‘02.

A Lilburn, Ga. native, Windham graduated from Georgia Tech in 1994 with a bachelor’s degree in industrial engineering. He was a student manager for the Yellow Jackets’ football team during his time as an undergrad, which included Tech’s fourth national championship in 1990.