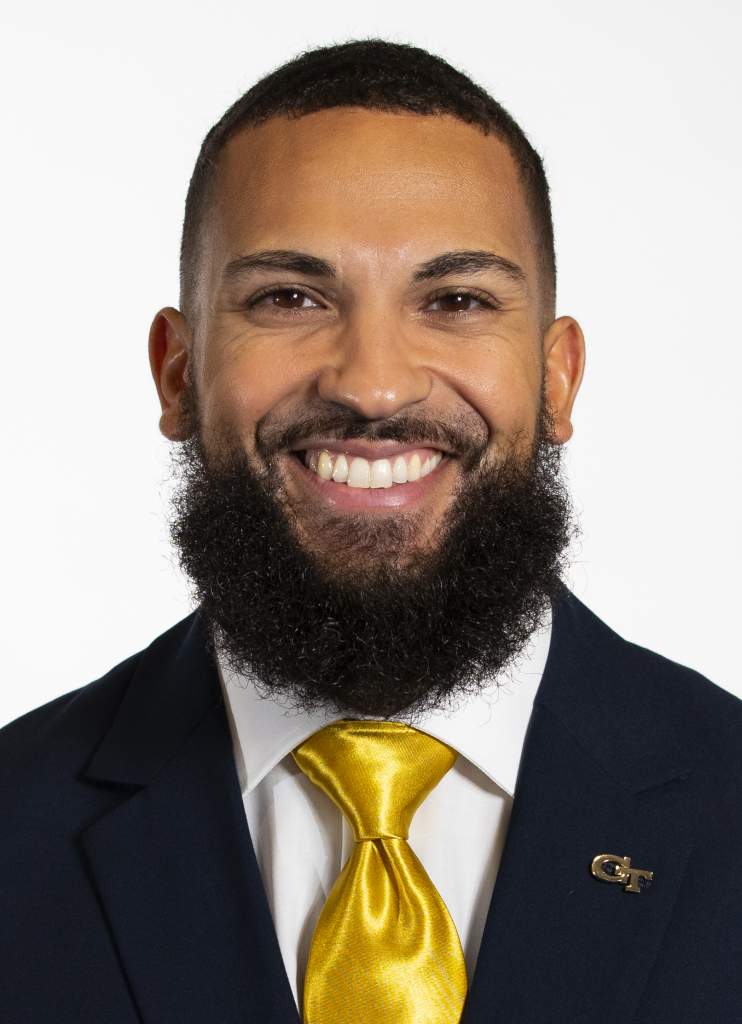 Mark Smith is in his 10th overall season as a member of Georgia Tech’s sports medicine staff and his third year as the Yellow Jackets’ head football athletic trainer. In his role, he oversees the day-to-day care of Georgia Tech’s football student-athletes.

During his two years as a G.A. at Tech, his duties consisted primarily of working with swimming and diving and assisting with football.

His professional experience also includes a summer internship with the Pittsburgh Steelers in 2010.

A native of Rochester, N.Y., Smith earned his bachelor’s degree in athletic training from The College at Brockport, a State University of New York in 2010.

He is married to the former Ashley Reid. The couple has two children, Brady and Remy.