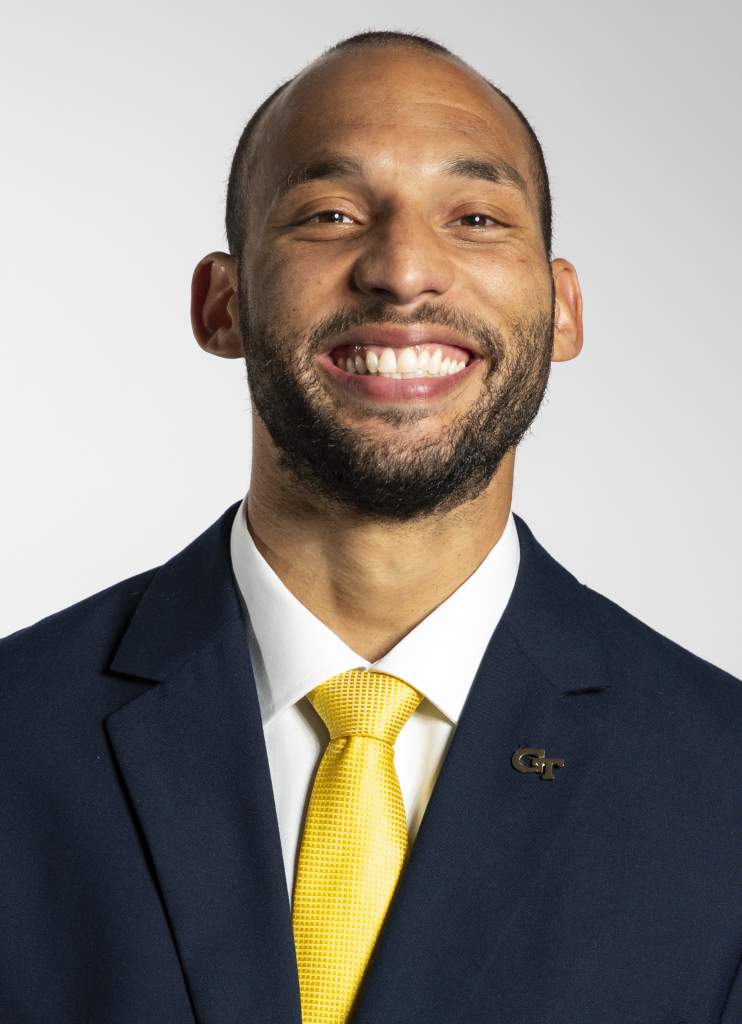 Former Georgia Tech wide receiver Kevin Cone is in his fourth season as the Yellow Jackets’ assistant director of football operations. The Tech alumnus returned to The Flats in 2017.

Cone played wide receiver at Georgia Tech from 2008-10 after transferring from Shorter College following his freshman campaign. He caught six passes for 98 yards and a touchdown as a senior in 2010.

He went on to enjoy a six-year career in professional football, highlighted by three seasons with the Atlanta Falcons (2011-13). He played in 29 games over his three campaigns with the Falcons, including all 16 contests in 2013. He closed his playing career with stints with the Miami Dolphins, Cleveland Browns and the Canadian Football League’s Winnipeg Blue Bombers.

Cone, who earned a bachelor’s degree in mechanical engineering from Georgia Tech in 2010, worked for renowned engineering firm Morrison Hershfield before returning to The Flats. His ties to Tech run deep, as both of his parents graduated from the Institute and his father, Ronny, played football for the Yellow Jackets (1979-83) before being selected in the 10th round of the 1984 NFL Draft by the New York Jets.

Cone and his wife, Amber, reside in Atlanta.