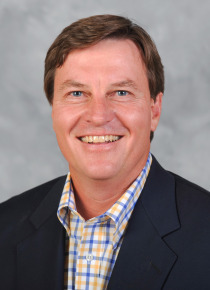 Jim Hall has been with the Georgia Tech Athletic Association since 1998 and is currently the associate vice president for development (athletics). He heads up the Alexander-Tharpe Fund, which is responsible for all development activities in support of intercollegiate athletics raising more than $18 million annually.

Named the 2010 University Division Fund Raiser of the Year by the National Association of Athletic Development Directors (NAADD), he came to Georgia Tech from Indiana State, where he was directly responsible for all intercollegiate athletics fundraising activities, as well as the letterwinners association (I-Club).

He has two sons: Henry and Jonathan.