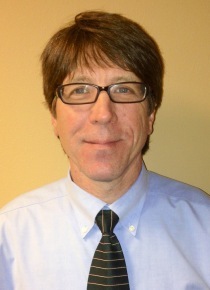 Former Georgia Tech football student-athlete Jeff Keisler returned to The Flats as associate athletics director for annual giving and engagement in the Alexander-Tharpe Fund in January 2017.

In his role, Keisler is tasked with expanding Georgia Tech’s athletics donor base and generating new revenue through the development of innovative ideas and procedures.

Keisler was teammates with Georgia Tech director of athletics Todd Stansbury at Tech and earned four letters as a wide receiver from 1980-83. After spending much of his professional career in sales at Massanutten Resort in Virginia and Snowbird Ski and Summer Resort in Utah, Keisler moved into athletics administration in 2013 as a member of Stansbury’s staff at the University of Central Florida.

As assistant A.D. for sales and service at UCF, Keisler was a member of the department’s leadership team responsible for revenue and donor accomplishments, helping grow the Golden Knights’ donor base by 22 percent (highest growth in UCF history), annual-fund revenue by 17 percent, football attendance by 22 percent and men’s basketball attendance by 17 percent. In recognition of his efforts, Keisler was named UCF athletics’ Employee of the Year in 2013.

In 2015, Keisler joined Stansbury at Oregon State as associate A.D. for sales and ticket services. At OSU, he led a team that increased football revenue by 25.6 percent in 2016, despite the Beavers coming off a 2-10 campaign the previous season. He also helped OSU achieve record revenue from men’s basketball, women’s basketball and baseball ticket sales. Additionally, he created a single-ticket donation model that resulted in a $100,000 increase in annual-fund revenue, developed a pricing model for “The Terrace,” an authentic Oregon-themed premium seating location that generated $300,000 in annual-fund and ticket revenue, and generated $632,000 in revenue through the implementation of a secondary marketing model.

Keisler caught 30 passes for 475 yards and a touchdown in 33 games at wideout for the Yellow Jackets. The Gilbert, S.C. native graduated from Georgia Tech in 1992 with a degree in business management.