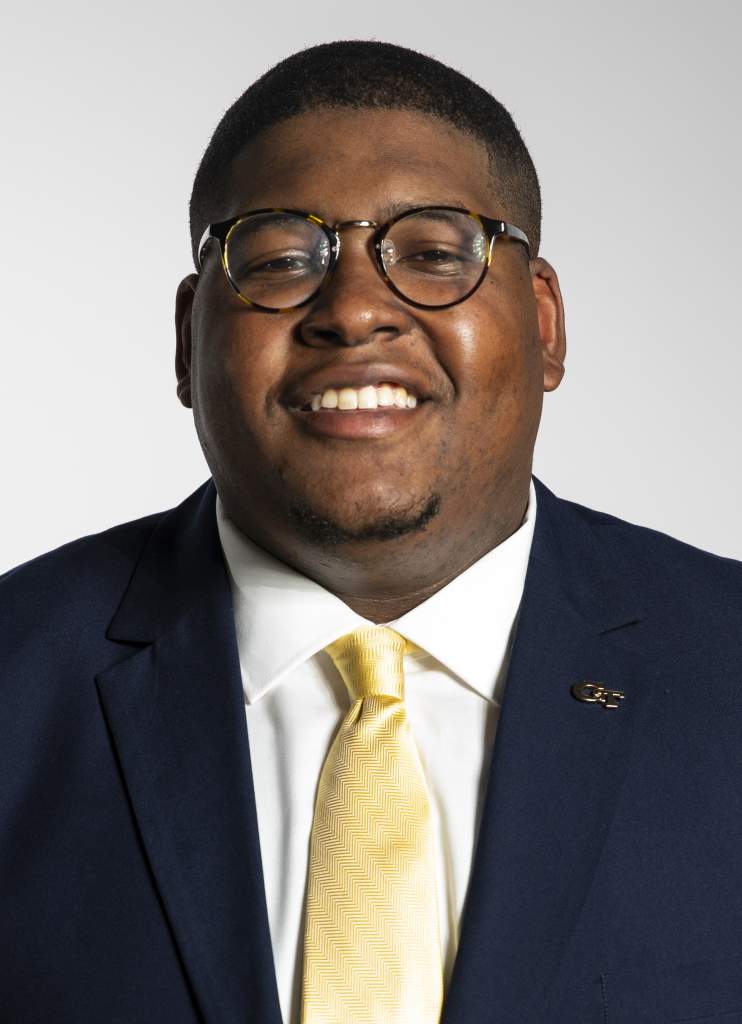 Former Yellow Jacket Errin Joe is in his third season as a graduate assistant at his alma mater. He assists with Georgia Tech’s offensive line.

Joe started 16 games over his final two seasons as a Yellow Jacket (2014-15). He started the final seven games of the 2014 campaign at right tackle, helping anchor an offensive front that led the nation in rushing with a school record 342.1 yards per game and allowed just 0.79 sacks per game, good for second nationally.

He returned to The Flats after spending the 2017 season as quality-control assistant at Florida International University. Following the end of his playing career, he spent the 2016-17 academic year as an English teacher at his high school alma mater, Lake Gibson H.S. in Lakeland, Fla.

Joe needed just three-and-a-half years to earn a bachelor’s degree in literature, media and communication from Georgia Tech, graduating in December 2014. He studied economics while completing his final season of athletic eligibility in 2015.