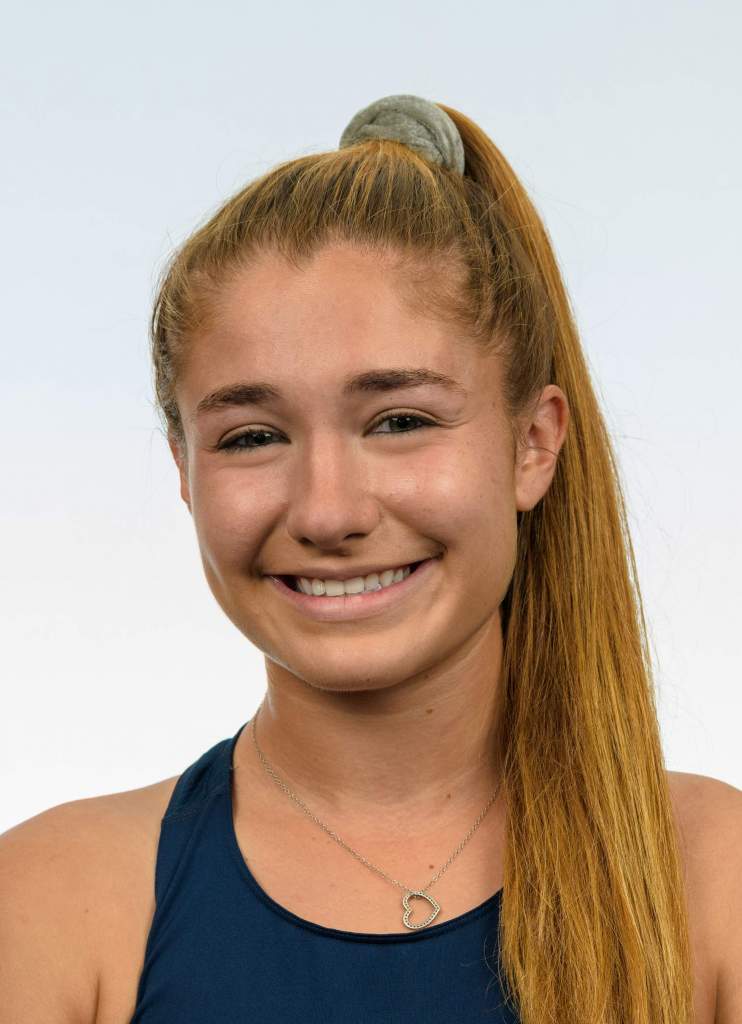 2019-20
Spring: Finished freshman season with a 14-10 overall singles ledger and 5-11 doubles mark…Went 10-6 in dual singles play and finished with a 4-3 ACC singles mark, competing mainly at the No. 5 seed…Swept Kennesaw State opponents to open the spring semester…Also picked up a pair of singles wins against Mercer, including a 6-0, 6-2 win at No. 3 over Mary Courville…Put the Jackets on the verge of victory against No. 13 South Carolina, defeating Kennedy Wicker at No. 5, 6-2, 6-3…Recorded Tech’s first singles win over No. 7 Texas, edging Marta Perez Mur, 5-7, 6-3, 6-3…Closed season on a 4-1 win streak in singles…Picked up first ACC singles win at No. 49 Boston College, defeating Dasha Possohova, 6-1, 6-2, top open a three-match win streak…Downed Lana Sipek of Clemson, 6-4, 6-2, before picking up a 6-1, 7-6 (3) victory over Chandler Carter of No. 12 Wake Forest…Clinched the match against the Demon Deacons…Recorded a 6-2, 6-3 win over Erika Cheng at Virginia Tech to be the clinching match…In doubles action, partnered with Gia Cohen to collect first dual win against Thompson/Lacey of Presbyterian, 6-4…Teamed with Monika Dedaj to pocket a pair of doubles victories against Mercer.

Fall: Went 4-4 in singles and 2-5 in doubles during inaugural collegiate season…Pocketed her first collegiate win at the Furman Fall Classic, defeating Mary Beth Hurley, 4-6, 6-1, 6-1…Advanced to the round of 32 at ITA Southeast Regional after upending Paula Boixader of Georgia Southern in the opening round, 6-0, 6-2…Picked up two singles wins, both in straight sets, in the final fall tournament, Rebel Invite…Topped Lillian Mould of Oregon, 6-4, 6-2, and Anya Lamoreaux of Utah, 7-6, 6-3…Partnered with teammates Nadia Gizdova and Sophia Sassoli mainly in doubles…Won first collegiate doubles match at the Rebel Invite, topping Lin/Lee of host UNLV, 8-5…Also defeated Derivan/Ecton of Colorado, 8-5.

Juniors: Rated a blue chip recruit by Tennis Recruiting Network…Attended the West Rock Tennis Academy in New York…Ranked as high as the No. 9 overall prospect by TennisRecruiting.net and No. 57 in the USTA Girls 18 rankings…Won the South Carolina ITF Juniors doubles title last October and the singles crown earlier in 2018 at the USTA National Level 3 event in May…Captured the doubles title and was runner-up in singles at the USTA National Level 2 tournament the same month.