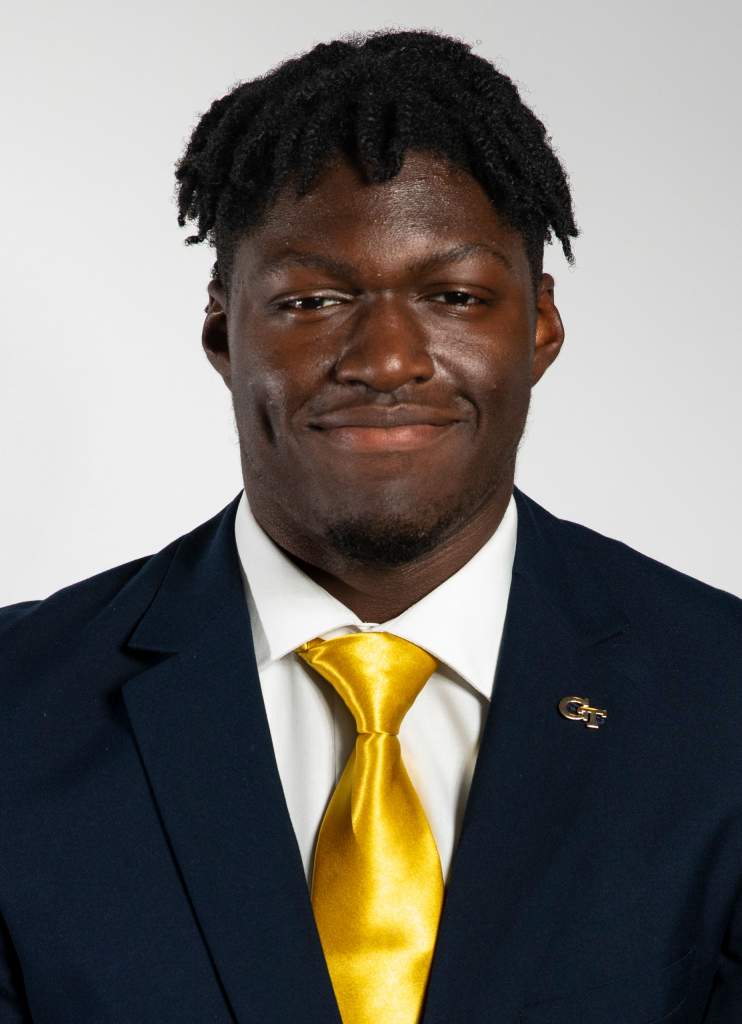 2019 (True Freshman): Appeared in all 12 games as a reserve linebacker … Despite limited opportunities, still amassed 18 tackles (10 solo) on the season … Recorded 2.0 tackles-for-loss for 14 yards, including 1.0 sacks for 11 yards and a forced fumble … Also turned in a pair of pass breakups and passes defended … Made his first collegiate tackle in the primetime season-opener at then-No. 1 Clemson (Aug. 29) … Also notched a tackle against South Florida (Sept. 7) and North Carolina (Oct. 5) … Turned in his best performance of the season at Duke (Oct. 12), where he recorded six tackles (one solo) and a pass breakup … Recorded a monumental strip sack in the endzone during the first quarter against Miami (Fla.) (Oct. 19) that was recovered for a touchdown by fellow freshman JaQuon Griffin to give Tech a 7-0 lead en route to the overtime victory … Totaled three tackles in back-to-back games – at Virginia (Nov. 9) and vs. Virginia Tech (Nov. 16) … An ACC Honor Roll member.

High School: Rated as a three-star prospect by ESPN, 247Sports and Rivals … Tabbed as the No. 30-ranked dual-threat quarterback in the nation by 247Sports … Two-time first-team all-region and all-area honoree … Four-year starter at quarterback and two-time team captain … Threw for 1,025 yards and ran for 682 yards as a junior in 2017 and eclipsed the 1,000-yard marks in both passing and rushing as a senior in ’18 … Holds the school record with a 99-yard touchdown run … also played wide receiver and running back during his prep career … Was named MVP of the USA Football Invitational when playing for the U.S. national team versus Canada at AT&T Stadium in Arlington, Texas … Will become the first NCAA Division I football student-athlete to ever come from Strong Rock Christian, which has fielded a football team for 12 seasons … Coached by Tommy Webb … Versatile athlete was a four-year letterwinner in basketball and baseball as well as football … once broke a rim during a slam dunk in a basketball game, causing the game to be delayed for 30 minutes.

Personal: Majoring in literature, media and communication … Cousin, DeAngelo Hall, who was an all-America defensive back at Virginia Tech (2001-03), went on to be selected with the No. 8 overall pick in the 2004 NFL Draft and become a three-time Pro Bowler during a 14-year pro football career with the Atlanta Falcons (2004-07), Oakland Raiders (2008) and Washington Redskins (2008-17) … Is also a distant cousin of R&B legends Gladys Knight and Aretha Franklin.