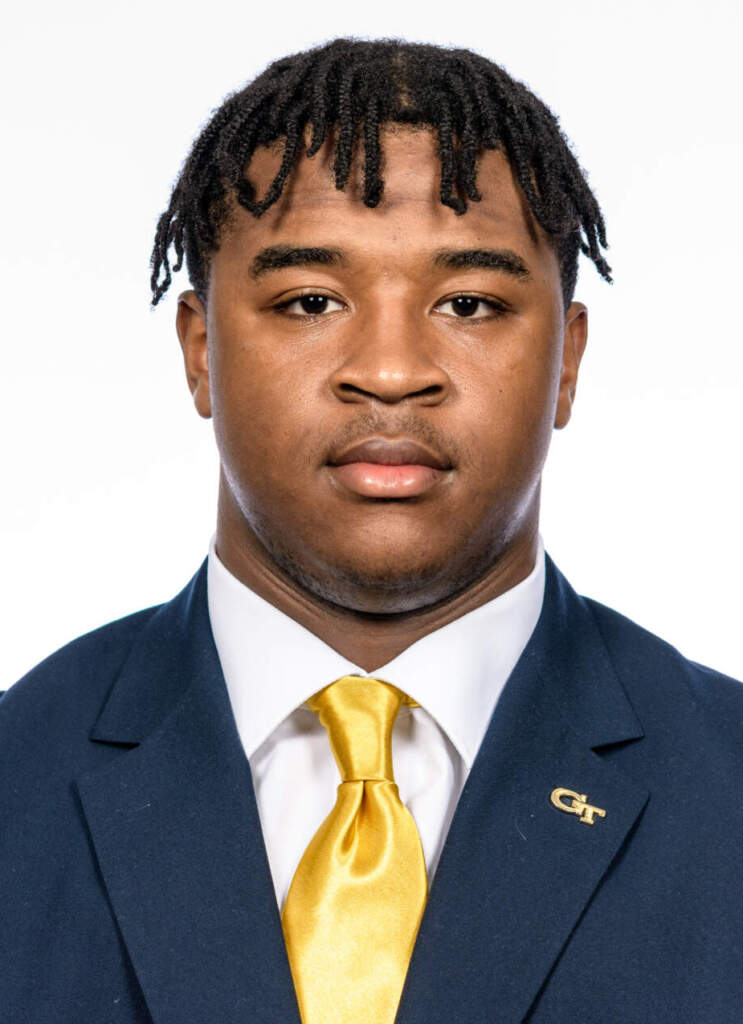 Before Tech: Rated as a three-star prospect by Rivals, 247Sports and ESPN … Tabbed as the No. 38-ranked weakside defensive end in the nation and the No. 77-ranked player in the state of Georgia by Rivals … Named to 2020 GSWA Class AAA All-State Team … All-region honoree … Recorded more than 100 tackles and 40 tackles for loss over the final two seasons of his prep career … Helped lead team to a perfect 10-0 regular season and 11-1 overall record as a senior in 2019 … Anchored a defense that allowed just 11.4 points per game during senior campaign … Coached by Robert Edwards.