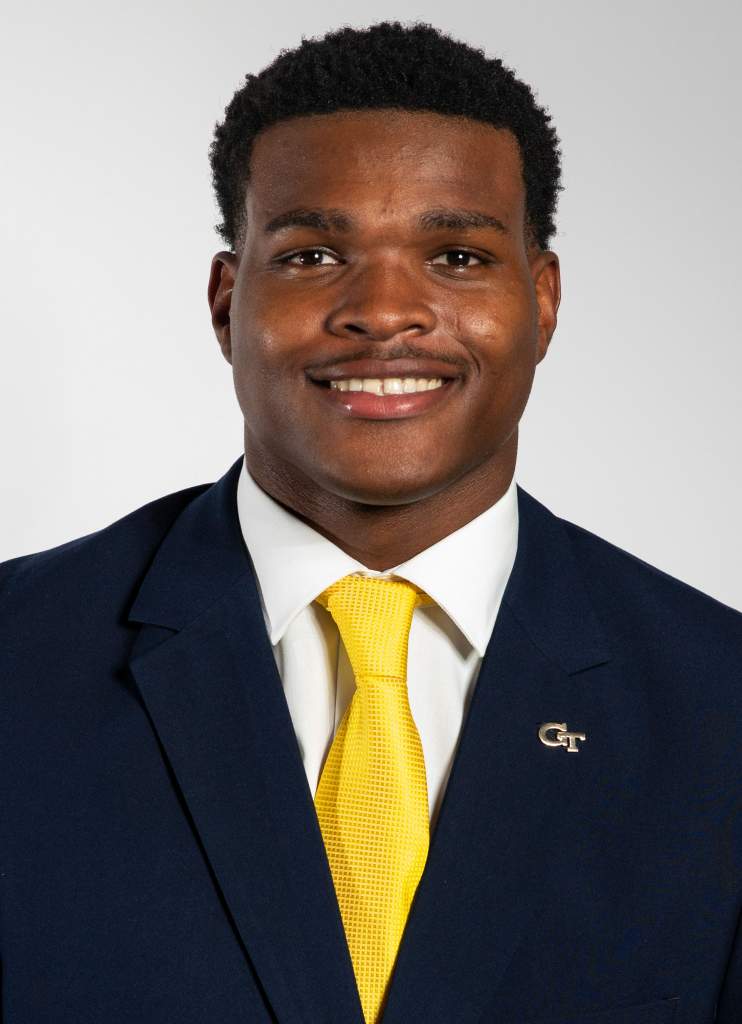 2018 (Sophomore): Started all 13 games at strong safety … Ranked fourth on the team with 55 tackles … Tied for team lead with two interceptions and seven passes defended … Had at least one tackle in 12-of-13 games and multiple stops in 10-of-13 contests … Tied for third on the team with five special-teams tackles (all on kickoff coverage) … Intercepted a pass on the opening series at USF (Sept. 8) but was ejected from the game due to a targeting penalty one defensive series later, a turning point in the Yellow Jackets’ 49-38 defeat … Came back the next week to record five tackles, including one for loss, at Pitt (Sept. 15) … Made eight stops (second-highest total of the season) against eventual national champion Clemson (Sept. 22) … Had six tackles in limited action in rout over Bowling Green (Sept. 29) … Made key interception that led to Georgia Tech’s go-ahead touchdown in fourth quarter of 35-28 victory at North Carolina (Nov. 3) … Notched six tackles and forced a fumble in win over Miami (Nov. 10) … Had a career-high 10 tackles in overtime win over Virginia (Nov. 17).

2017 (True Freshman): Made his collegiate debut in Georgia Tech’s fifth game of the season at Miami (Oct. 14) and played in five of the final six games of the season … Saw action primarily on special teams, with both of his tackles (Nov. 4 at Virginia, Nov. 18 at Duke) coming in punt coverage.

High School: Rated as a three-star prospect by ESPN and 247Sports … Named first-team all-state as a senior by RecruitGeorgia.com … Also an all-region, all-district and all-area honoree … Versatile athlete played defensive back, wide receiver and returned kicks during his prep career … Had the longest kickoff return in school history as a senior … Four-year letterwinner and three-year captain … Coached by Eric McNair … Also played basketball for two seasons and was two-year captain of track and field team, participating in long jump and high jump … Honor roll student.