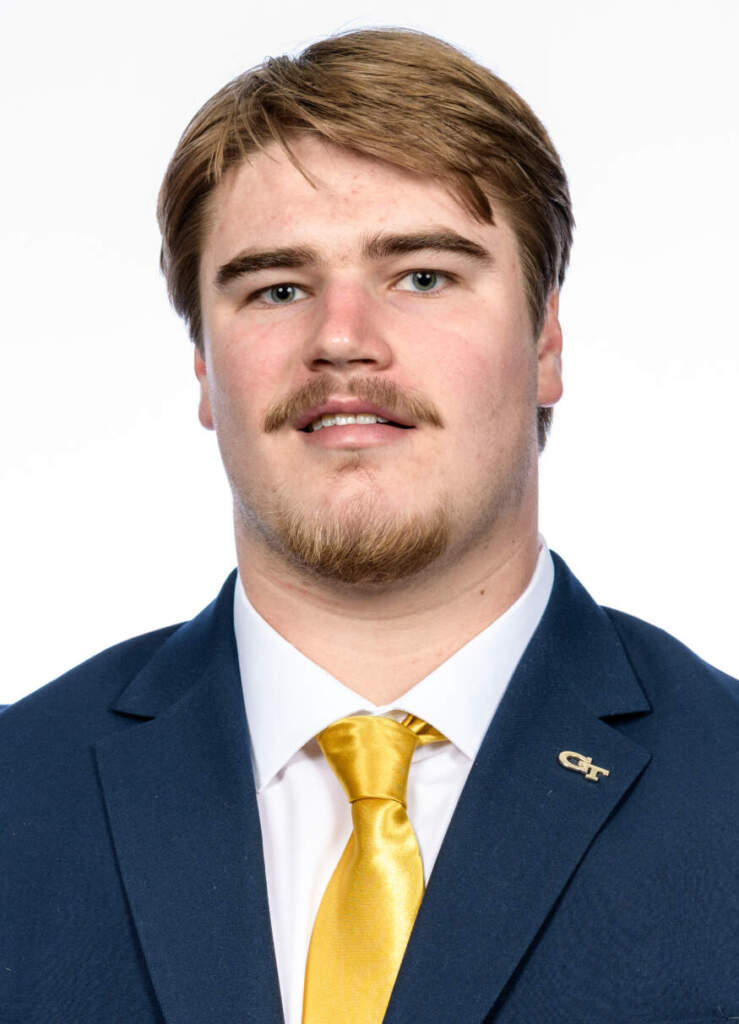 Before Tech (2016-19, Tennessee): Graduate transfer from Tennessee … Has one season of eligibility remaining … Three-year letterwinner at Tennessee (2017-19), where he played in all 36 games over three seasons and made 19 starts, including 18-straight starts spanning his sophomore and junior seasons … Started games at both guard positions and center … Played five different positions at UT, including tight end … Made collegiate debut versus Georgia Tech in Chick-fil-A Kickoff Game at Mercedes-Benz Stadium in 2017 … Graduated from Tennessee in two-and-a-half years (Dec. 2018) with a 3.86 grade point average in civil engineering … Pursued a master’s degree in structural engineering at UT in 2019 and compiled a 3.7 GPA while needing just six hours to complete the degree … Was a two-time academic all-district honoree and four-year member of SEC academic honor roll at UT … Nominee for the 2019 Wuerffel Trophy, which is given annually to the college football player “who best combines exemplary community service with athletic and academic achievement” … Received UT football’s Commitment to Excellence award in 2018 … Member of team’s leadership council … Served as president of Student-Athlete Advisory Board and was a sitting member of the university’s Board of Athletics … Named a gameday captain vs. Florida in 2018 … Was a four-star recruit coming out of Brentwood Academy in 2016 … Ranked as one of the top 25 recruits in Georgia Tech history by 247Sports … Was high school teammates with former Georgia Tech defensive lineman Brandon Adams, who died prior to his senior season in March 2019 … Teamed with Adams to help lead Brentwood Academy to state championship in 2015 … Coached at Brentwood Academy by Cody White … Father, Tyke, played football at Austin Peay … Mother, Judith, played tennis at Austin Peay.