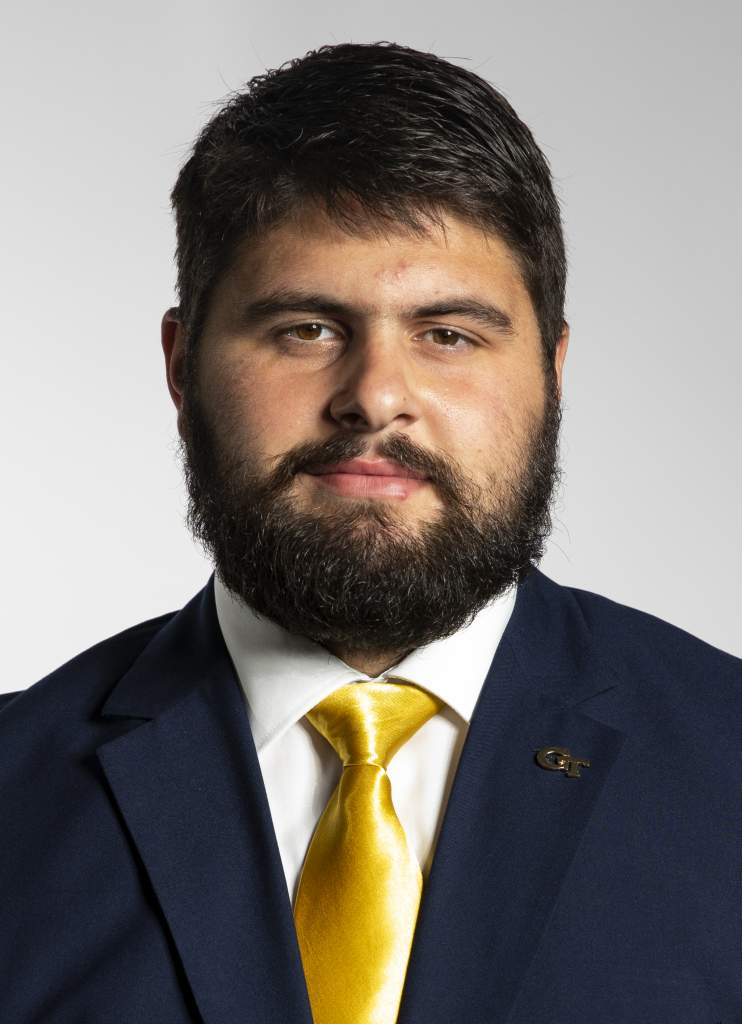 2018 (Junior): Appeared in 11 games and started the final seven games of the season at center … Missed the first two games of the season while continuing to recover from offseason foot surgery … Returned to action at Pitt (Sept. 15) and spent the next four games coming off the bench, working into the offensive line rotation at both center and guard … Reclaimed his starting role at center vs. Duke (Oct. 13) … Helped pave the way for Georgia Tech to lead the nation in rushing offense (325.0 ypg).

2017 (Sophomore): Started all 11 games at center … Was one of only two Georgia Tech offensive linemen to start all 11 games (joining sophomore left guard Parker Braun) … Helped pave the way for Georgia Tech to lead the ACC and rank fifth nationally in rushing offense (307.4 ypg) … Was a key cog in an offensive front that helped QB TaQuon Marshall (1,146 rushing yards) and BB KirVonte Benson (1,053) become only the second set of Georgia Tech teammates to ever rush for 1,000 yards in the same season and the first Tech duo to both rush for 100 yards in the same game four times … Also helped the Yellow Jackets set a school record with four 400-yard rushing games on the season … Named ACC Offensive Lineman of the Week after taking 10 defenders to the ground (one every 7.6 snaps) and helping the Jackets rush for 403 yards in a 33-7 win over North Carolina (Sept. 30).

2016 (True Freshman): One of six true freshmen that saw playing time for Georgia Tech … Appeared in five games … Made first-career start at center at No. 18 Virginia Tech (Nov. 12) in place of injured starter Freddie Burden … Helped Yellow Jackets rush for 309 yards in 30-20 win over 18th-ranked Hokies … Also saw significant action in Jackets’ 33-18 TaxSlayer Bowl win over Kentucky (Dec. 31) after Burden left the game due to injury.

High School: Named first-team all-state and Calhoun Times Gordon County Co-Defensive Player of the Year after recording 78 tackles, 22 tackles for loss and 12 sacks during final high-school campaign … Helped lead Sonoraville H.S. (coach Jim Kremer) to an 8-4 overall record and first state playoff win in school history as a senior … Totaled 152 total tackles (69 solo) and six sacks as a junior … Versatile athlete was also a member of Sonoraville’s basketball, wrestling and track and field teams over the course of his prep career … Was state runner-up in heavyweight class as a senior to cap his first-ever season as a wrestler.

Personal: Is the youngest of three siblings … Hobbies include fishing … Started playing football at age 5 … Majoring in business administration.